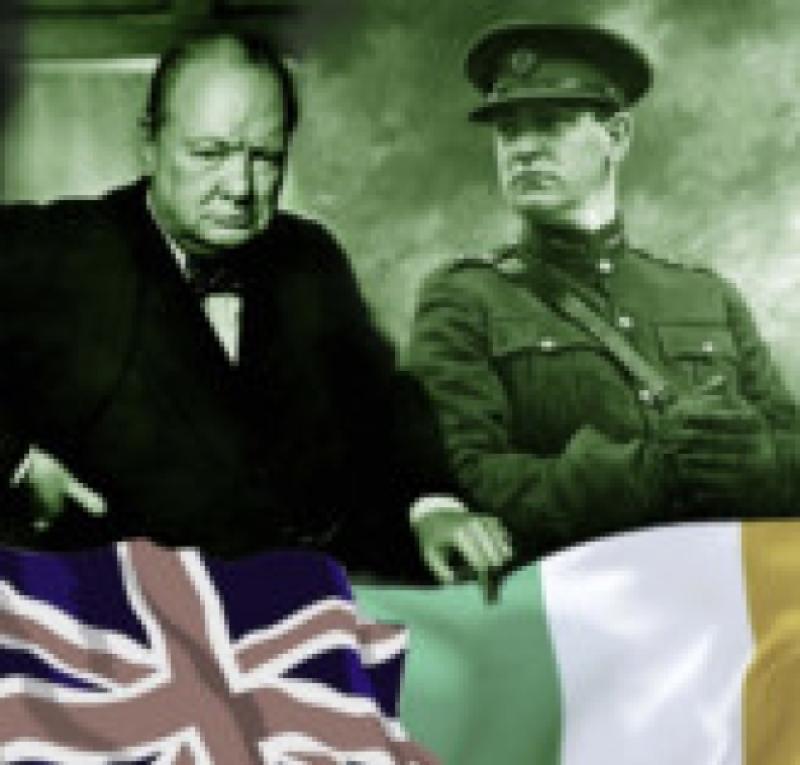 Sasta Productions are performing the powerful play ‘Allegiance’ at the Watergate Theatre for one night only on April 19.

Sasta Productions are performing the powerful play ‘Allegiance’ at the Watergate Theatre for one night only on April 19.

The play is written by Mary Kenny and directed by Jason Byrne. ‘Allegiance’ depicts a private meeting between Winston Churchill and Michael Collins in 1921.

His friend and leader, De Valera ordered Collins under sufferance to travel to London with the Irish delegation to negotiate the Treaty that followed the Truce and the War of Independence. Churchill was Colonial Secretary in charge of Ireland and the two men were prepared to detest one another. Yet, at a point when the Treaty talks seemed to be in stasis, Churchill and Collins spent a night drinking together, talking,

arguing, even singing and reciting poetry. They emerged from this session fascinated by each other.

After this Churchill softened towards Ireland, and gave Collins and the Irish Free State every support  he could.