See Tarzan and the Dame in the flesh 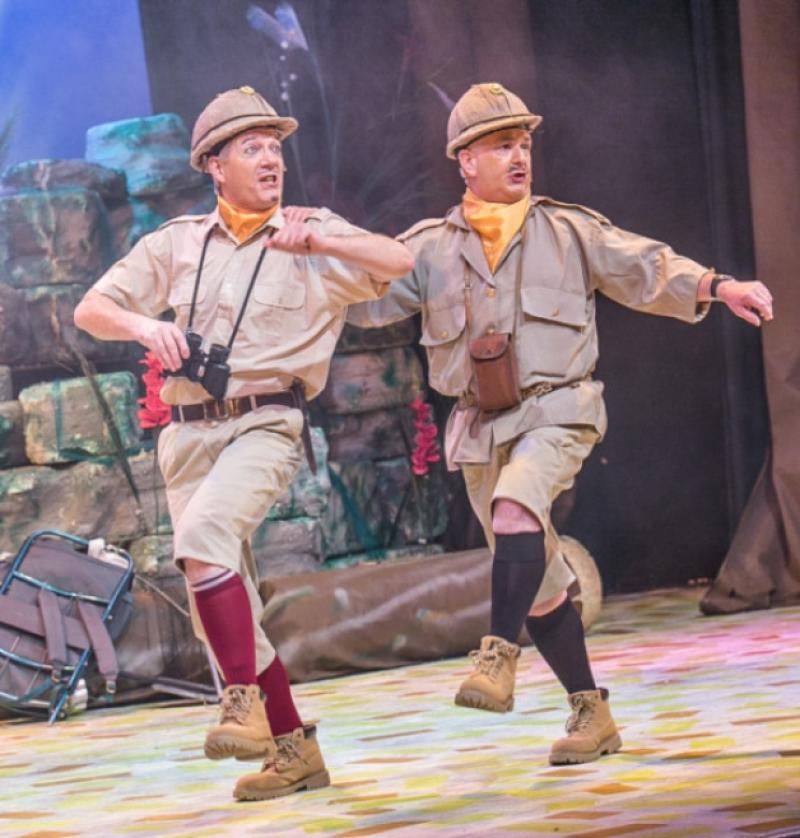 If the first performance of 2014 is anything to go on, the coming year at the Watergate Theatre is going to be a splendid one.

If the first performance of 2014 is anything to go on, the coming year at the Watergate Theatre is going to be a splendid one.

On Sunday, Watergate Productions presented the pantomime, Tarzan as their first offering on the year that they celebrate their 21st birthday.

In what we have come to expect from the gang at the theatre, the Panto’ came up trumps providing great music song and comedy.

Written and directed by Kilkenny based schoolteacher Don O’Connor the production showed off some of the best talent around Kilkenny.

It is always difficult to pick a man of the match performance from these shows and anyway it would probably be unfair to do so.

However it is hard to overlook the performance of Dame “Mowler” played by the very funny Derek Dooley.

Standing six foot three in his stocking feet and wearing an array of glam dresses Dooley had the audience in the palm of his hand from start to finish.

The roles of Tarzan and Jane are played by Alan Grant and Olivia Smith. Although Olivia is a regular performer on the Watergate stage, we have not seen Alan for the past few years. It was a wonderful return performance for Alan who turned in a polished performance both as an actor and singer. Olivia Smith is as professional as they come and certainly would not be out of place on any professional stage.

One has to wonder why Claire Henriques has not been seen on the theatre circuit more often.

Her sense of timing and acting in comedy is second to none and the audience shifts in anticipation each time she enters the stage.

And boy can she milk those comedy roles. More from this Callan lady please for future productions.

Although lurking in the chorus in various roles with the Pantomime and Musical Society in the past, this is the first part we have seen Delia Larkin take. Suffice to say that she will no doubt be in many a cast list for future shows. Her ability to carry her role was perfection personified and she deserves great praise for energy and commitment to a role.

At the beginning of the show Dame Mowler explains who would be appearing in the show and introduces Brendan Corcoran and Joe Murray as two old fellows who came back to do a small role in the show. You can say what you like but you cannot beat experience.

Apart from their acting ability, Murray and Corcoran are two of the finest comics around with 40 years experience.

When the first Pantomime was held at the Watergate in 1993 both these men were the main comics and when Cinderella was staged in the Friary Hall in 1983 Corcoran and Murray were the ugly sisters.

Choreography was by Marie Cashin. The musical director was Vincent Crowley. Lighting was by Gerry Taylor with Stage management in the hands of Seamus Reade. It continues until Sunday.