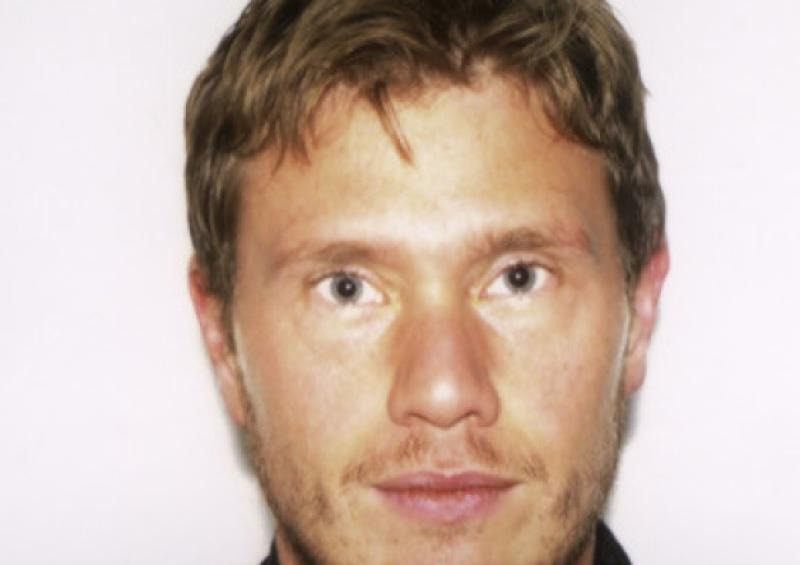 The commissioner and curator is Anna O’Sullivan, Director of the Butler Gallery, Kilkenny. Ireland at Venice is an initiative of Culture Ireland and the Arts Council.

Throughout 2012, Richard Mosse and his collaborators Trevor Tweeten and Ben Frost travelled to Eastern Congo and inserted themselves as journalists within armed rebel groups in a war zone plagued by frequent ambushes, massacres and systematic sexual violence. The resulting installation, The Enclave, is the culmination of Mosse’s project, Infra,which employs a discontinued military reconnaissance film that registers infrared light – an invisible spectrum – and was originally designed for camouflage detection. Mosse uses this film to reveal a cancerous yet unseen humanitarian tragedy with a disturbing psychedelic palette, posing aesthetic questions in a situation of profound human suffering.

“I am beginning to perceive this vicious loop,” Mosse writes from Goma, “of subject and object. The camera provokes an involuntary unraveling, a mutual hijack of authorship and autonomy.” Neither scripted nor directed, Congolese rebels return the camera’s gaze in a distinctly confrontational and accusatory manner. The lens seems to mesmerise and provoke everyone it encounters in The Enclave, including rebels ﬁghting under the command of those sought for trial by the International Criminal Court. This precarious face-off reveals inherent ambiguities of masculinity,defiance,vulnerability, and indictment.

These narratives defy human comprehension, and push past the boundaries of adequate representation. The Enclave is an attempt to recoup ethical agency for aesthetics. Disregarding the rules and protocol of journalism, and working independently of humanitarian and UN infrastructures, Mosse, Tweeten and Frost have created a discomfiting and sinister world to penetrate sensibilities and make this ineffable nightmare visible.

Mosse has been the recipient of a Guggenheim Fellowship, a Leonore Annenberg Fellowship in the Performing and Visual Arts, and a Visual Arts Bursary from the Irish Arts Council. Mosse holds an MFA in photography from Yale University and a postgraduate diploma in ﬁne art from Goldsmiths College, London. He also holds a ﬁrst-class

BA in English literature from King’s College London and an MA in cultural studies from the London Consortium. Aperture Foundation and the Pulitzer Center on Crisis Reporting co-published his first monograph, Infra, in 2012. Mosse is represented by Jack Shainman Gallery, New York. He will represent Ireland at the 55th International Art Exhibition – La Biennale di Venezia in 2013.