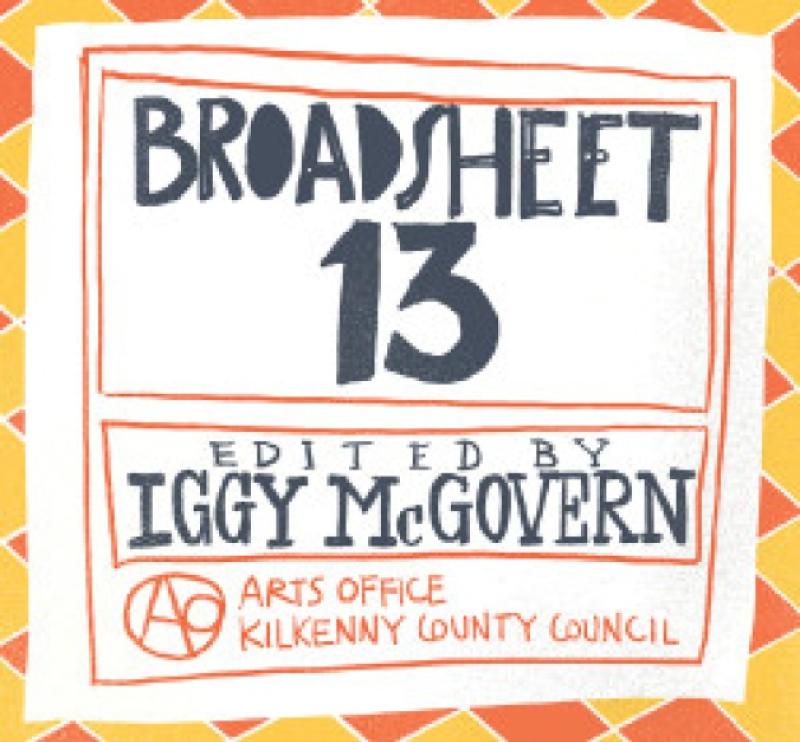 LOCAL poets will once again see their work in print when the 12th issue of Kilkenny Poetry Broadsheet is launched on June 6.

LOCAL poets will once again see their work in print when the 12th issue of Kilkenny Poetry Broadsheet is launched on June 6.

130 poems were submitted for consideration by 41 writers with 12 poems by 12 poets selected by Editor Iggy McGovern. Iggy McGovern was born in Coleraine and lives in Dublin, where he is Professor of Physics at Trinity College. He has published two collections of poetry, The King of Suburbia, (Dedalus Press 2005) and Safe House (Dedalus Press 2010). Awards include the Hennessy Literary Award for Poetry and the Glen Dimplex New Writers Award for Poetry. He edited the anthology 2012: Twenty Irish Poets Respond to Science in Twelve Lines. For more see: http://iggymcgovern.com/

Speaking about Kilkenny Poetry Broadsheet Editor Iggy McGovern says of the publication: ‘It was a real pleasure to read the entries for the 2013 Kilkenny broadsheet; the more painful task lay in choosing the final, limiting selection. A broadsheet sounds like a call to arms and I was reminded of a line from the folk song Carrickfergus, from my end of the country: And in Kilkenny it is reported there are marble stones as black as ink. The black ink is flowing well in the county.’

All are invited to join the poets, editor and Arts Office staff at the launch of the Kilkenny Poetry Broadsheet Issue

13 on Thursday, June 6 at 5pm in the Upstairs Gallery at the Watergate Theatre. It is anopportunity to hear the poets read their work and editor Iggy McGovern speak of the work.

Copies of the publication are available for free from the Arts Office and libraries around the county after the launch.