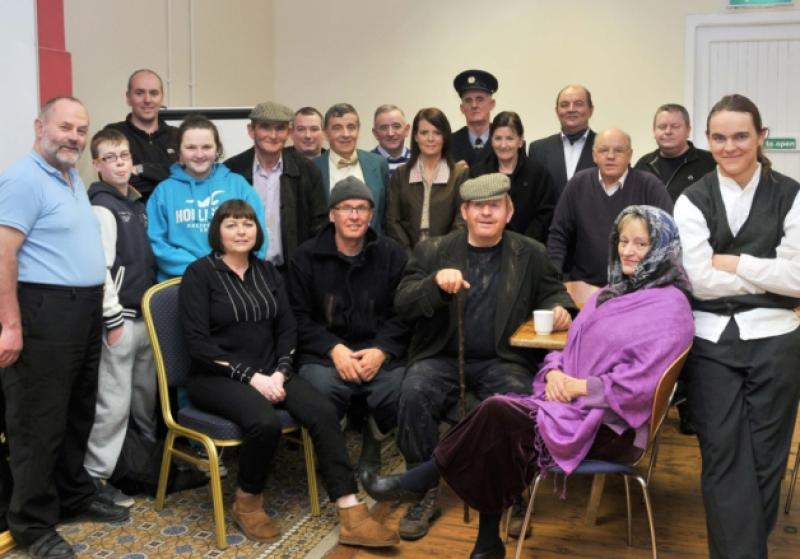 Full of memorable performances, the Duiske Players production of John B Keane’s The Field was a huge success at the weekend.

Full of memorable performances, the Duiske Players production of John B Keane’s The Field was a huge success at the weekend.

It was local man John Meaney who stole the show as Englishman, William Dee, who wanted to buy the Field that the Bull McCabe wanted. Although it was his first time on stage, it didn’t show, he was masterful and the audience loved it.

And Fine Gael have made a mistake not choosing him as a candidate in the local elections.

The Bird O’Donnell, played by Peter Prendergast, who also played the part 20 years ago when the drama group last did the play, was perfect in the role, getting all the little nuances of the part which can either make or break the play.

The Bull played by Pat Kavanagh had the commanding presence needed and he was magnificent and exuded menace, anger and love of the land. His son Tadhg, played by GAA memorabilia collector, Jim Whelan was a perfect foil for him and again gave a sterling performance in the renovated Duiske Hall.

Jim Kielthy played the auctioneer with measured reassurance and his wife Maimie (Edel Bolger) stole the show with the best lines.

The widow was played by Stas Butler and you would never have guessed it was her first time on stage. She was perfect in the part. She has a bright future on the stage

Another newcomer, Sean Buckley played the garda sergeant and with his height, he epitomised what the old style guards were like, again, he was steadiness personified.

Dandy McCabe and the wife played by Paul Hickey and Liz Whelan provided much of the lightness needed to carry the piece and again were perfectly cast.

The Bishop, Christy Bolger would get a See in any part of the world he was so believable and Tommy Prendergast as the hard-pressed parish priest acquitted himself very well and the collar suited him.

The direction by Paul Hickey was astute and thorough while producer, Helen Kavanagh knitted all the strands together. Emma Fox did a great job on continuity while Fergal Byrne and Joe Fox did the publicity.

After the play, the chairman of the group, Cllr Tommy Prendergast praised Eamonn Doherty for making the set and also complemented the rest of the backroom team: David Doherty, Ward Kinsella, Marion Kielthy, Bonnie Prendergast, Shirley Prendergast and Rita Whelan.