Getting all revved up for Roots Festival 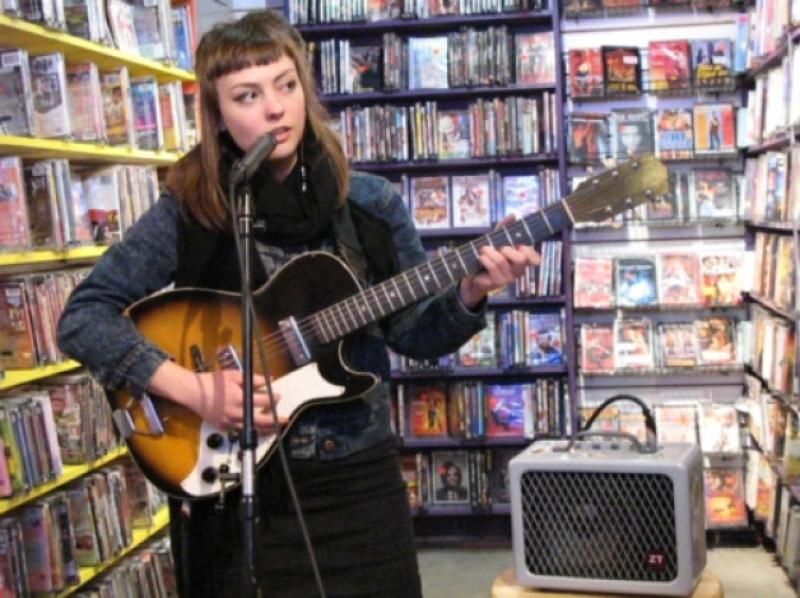 FLOURISHING ticket sales combined with an innovative and energetic line up will ensure that this year’s Smithwick’s Roots Festival will be one of the biggest and best yet.

FLOURISHING ticket sales combined with an innovative and energetic line up will ensure that this year’s Smithwick’s Roots Festival will be one of the biggest and best yet.

However the festival, which is the highlight for many music lovers calendar involves months of preparation, commitment and hard work.

Festival director John Cleere who is involved in the process from initially sourcing the acts to ensuring that the gigs run smoothly explained that there is a mixture of satisfaction and relief for the organisers at the end of any festival.

“There is satisfaction in seeing big attendances for well received acts and relief that the books are balanced and the festival can survive for at least another year.

“With the Smithwick’s Kilkenny Roots Festival preparations for the following year start sometime in September. Generally we start off with a ‘wish list’ of performers, but the final line up differs greatly from those early plans.

“This year, for example, discussions have taken place with agents in the USA, Canada, UK, Belgium, Germany and Ireland. Finally, in late January, the programme was ready, he said.

This year sees the return of two acts John Grant and Chuck Prophet who will perform newer material. Ticket sales are the highest yet which is attributed to holding onto the audience that they already have and to tapping into a newer audience in Ireland.

Signing Phosphorescent is a major coup for the festival. The band lead by Matthew Houck, is something special and it’s definitely a show in the ‘not to be missed category.’ It’s the band’s only Irish date on a European tour that takes in Manchester, Paris, Brussels, Amsterdam, London, Cologne, Berlin and a big festival in Brighton.

John Grant is returning to Kilkenny for the second time in three years. His 2011 show in the Watergate Theatre is considered by many to be the best performance ever at the festival, it’s definitely in the top five. The timing is just right, with his new album, ‘Pale Green Ghosts,’ reaching No 2 in the British Indie charts.

Larry and his Flask

The Set Theatre has seen some amazing performances at the late night shows, but Larry and his Flask are likely to take things to a new level with their fast and furious show, mixing the rowdy side of bluegrass and Southern roots music. The band is currently supporting Frank Turner on a sold out European tour. They will play in Belgium on May 4, nip across to Kilkenny for their show on May 5 and then it’s off to Berlin the following night.

Hurray for the Riff Raff

Hurray for the Riff Raff is a band that’s been on the shopping list since last year. The band is lead by Alynda Lee Segarra, a 25-year-old Puerto Rican from the Bronx. The Times of London named Hurray For The Riff Raff one of the Top Ten Albums of 2011 and Mojo Magazine, raved that they “have immense potential and seductive power” and named them second best band at SXSW 2011.

With a very tight budget it’s all about finding acts before the big promoters get their hands on them. The policy has worked well over the years, with the likes of Calexico, Ryan Adams, Ray LaMontagne and Alabama Shakes all making their Irish debuts at the festival. Hurray for the Riff Raff could be this year’s hot tip.

Then again it might be Angel Olsen, another new and distinctive voice making her first visit to Ireland. This booking came through a German agency and not a lot is known about her, except that she has a fresh edge to her sound, with an extraordinary voice that has mainly been heard up to now on many road trips with Bonnie ‘Prince’ Billy and crew. The only information given on her website is that she grew up in St. Louis, lives in Chicago, sings songs and eats sandwiches (in the morning).

Another act returning to Kilkenny is Chuck Prophet and The Mission Express. Chuck (pictured, right) is a brilliant live performer and is sure to rock the Set Theatre at his late night Saturday gig. ‘Temple Beautiful’ (his 12th CD) is named after a long defunct music venue in San Francisco and is, as Chuck puts it, “a love letter to the town where I grew up ... San Francisco.”

When local record shop owner, Willie Meighan of Rollercoaster Records named John Murry’s, The Graceless Age as album of the year for 2012 it’s time to take notice . Five years in the making, the record was completed by John Murry and Kevin Cubbins in Memphis, TN. John has recently signed with Rubyworks in Ireland and they will be re-releasing The Graceless Age with a bonus CD of outtakes and previously unheard tracks in Europe and beyond on May 6.

Ha Ha Tonka were added to the bill on the recommendation of a Cork promoter, and if they have the Cork seal of approval, what more can you ask? Named after Ha Ha Tonka State Park in their native Missouri, the group’s relentless touring has seen them become one of the most buzzed about young bands in America, appearing at Lollapalooza, Sundance Film Fest, SXSW, CMJ while touring nationally as a headlining act, as well as supporting many great bands such as Old 97s, Murder By Death, Langhorne Slim, Cross Canadian Ragweed, Someone Still Loves You Boris Yeltsin, Ludo, Meat Puppets and more. Tickets for their two shows are already gone.

The festival has always featured a number of Canadian acts and the Maple Leaf flag will be flown by The Deep Dark Woods this year. The band were due to finish an extensive European tour that took in the Netherlands, Belgium, Switzerland, Germany, Austria, Poland, Sweden, Norway, Denmark and England on May 4, but they jumped at the chance to add Kilkenny on May 5 before flying back to Canada the following day.

Dead Flamingoes are the combined talents of James Walbourne and Kami Thompson who recently joined forces after impressive musical careers both solo and with other artists.

James is the lead guitarist in the Pretenders (with Chrissie Hynde) and previously was the hot guitarist/singer in the Pogues, Pernice Brothers and Son Volt as well as playing on two Jerry Lee Lewis records. He has been a regular visitor to the festival over the years and must, at this stage, hold the record for the most appearances in Kilkenny.

Kami Thompson’s impressive pedigree (daughter of Richard & Linda Thompson) inevitably led to her quitting her “proper job” to go on the musical road full time. She has recorded with Martha Wainwright, Harper Simon, various Thompsons and has toured with Bonnie ‘Prince’ Billy, Sean Lennon, her brother Teddy and many more.

The Lost Brothers, Oisin Leech from Navan and Mark McCausland from Omagh, will be flying the Irish flag at this year’s festival. They have built up a huge fan base in the USA and more recently, the duo caught the ear of Raconteur, Brendan Benson, who invited them to record their third album in his Nashville studio. The album is their best yet. It is called The Passing Of The Night and was released on Brendan’s Readymade Records in the US and on Lojinx Records in the UK and Ireland.

A late addition to the programme is Ed Romanoff. This New Yorker played a superb gig in Kilkenny earlier this year and was immediately asked to join the festival. It may have taken Ed a little over two years and two generations to write his album, but he’s perfectly on time. He has invited Clive Barnes to join his band for the Kilkenny show.

Switzerland is not a country that comes to mind when looking for acts to play at the festival, but this is where Mama Rosin originate. From the seemingly placid shores of Lake Geneva comes a sonic earthquake. Fusing the old time French migrant music of Louisiana with garage rock’n’roll, Mama Rosin create an alternative raw incendiary music that will rock the legendary finale, which will be held in Kytelers Inn this year.

Tickets are moving fast for the shows, with the ‘Sold Out’ signs already gone up on the Ha Ha Tonka and Hurray For The Riff Raff gigs.

There’s another 65 free gigs to enjoy on the Smithwick’s Music Trail, with bands from Ireland, France and the UK ready to entertain audiences from early afternoon until late at night. In the words of a reviewer from UK magazine, MOJO last year, “Kilkenny Roots might just be the best pound for pound festival of its kind anywhere.”

Tickets for all shows are on sale in Rollercoaster Records, Tel 056 7763669 or online from the festival website www.kilkennyroots.com.