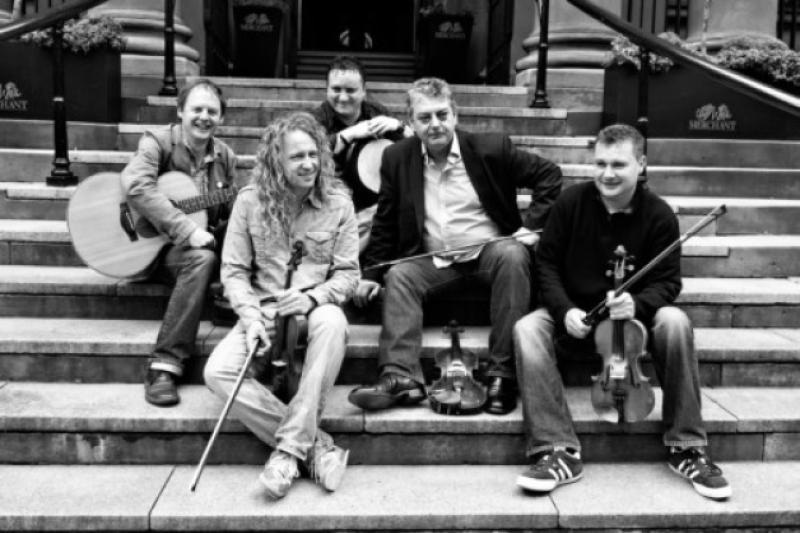 TRADITIONAL Irish music band Blazing Bows will be joined onstage by pupils from Kells National School at the Watergate Theatre on May 2.

TRADITIONAL Irish music band Blazing Bows will be joined onstage by pupils from Kells National School at the Watergate Theatre on May 2.

These five virtuosic musicians have individually played with a host of bands including: Four Men and a Dog, Sharon Shannon Band, Mike McGoldrick band, Transatlantic Sessions, Calico, Flook and Kate Rusby bands to name but a few. Indeed, through their playing, these five extraordinary musicians have become ambassadors for traditional Irish music all over the world.

gig. Tóla was blown away by the standard of music in the school and as a result the students will join the band onstage for two sets during the concert at the Watergate Theatre.

The band are really looking forward to bringing their music to Kilkenny and are especially looking forward to their sets with the students of Kells National School. As a band, Cathal Hayden, Dezi Donnelly, Tóla Custy, Ed Boyd and John Joe Kelly make a sound that is truly sublime. With the added talent from the students of Kells National School, sparks as well as fiddle bows will surely fly!

Tickets are priced at €15/12 concession and can be booked through the theatre box office on 056- 7761674 or at www.watergatetheatre.com

This national tour of Blazing Bows is presented by Hawk’s Well Theatre, Sligo and is made possible with the support of the Arts Council of Ireland.