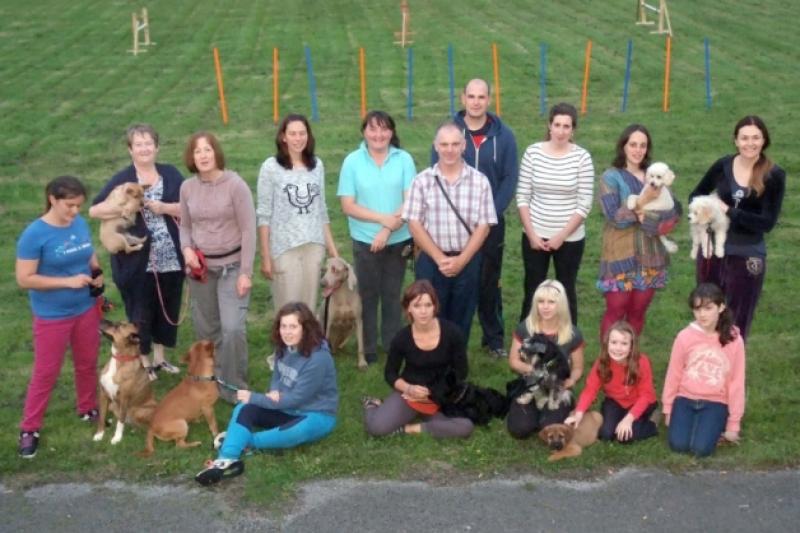 Kilkenny’s newly formed Dog Training Club is proving a big hit with dog-lovers throughout the county as the school caters for every class of pooch - from your pedigree puppy right up to the older, mixed breed canine.

Kilkenny’s newly formed Dog Training Club is proving a big hit with dog-lovers throughout the county as the school caters for every class of pooch - from your pedigree puppy right up to the older, mixed breed canine.

A sister club of the Carlow branch, the local club here is spearheaded by enthusiast Mary Dargan. Mary’s fondness for animals, and in particular dogs is well known and having attended Billy O’Hara’s dog training club across the border in Carlow, decided Kilkenny should have a club of its own.

There’s more to the club though than teaching your dog manners. Every Wednesday, for an hour at the old scouts den on the Bennettsbridge Road, dog owners bring their pets to do everything from simply socialising to the advanced classes of flyball.

“We teach the young dogs basic obedience and for many of the puppies its about socialising. You can bring your dog along at any age, any breed and as long as they are in good health, there’s no problem,” said Mary,

Affiliated to the national Dog Authority of Ireland, the local club is starting to compete as Carlow/Kilkenny in national dog obedience trials.

“We’re finding that dog owners are genuinely interested in getting the best out of their dogs. And it’s all about training the dogs, and educating the powers. Understanding the requirements of your dog is vital and continuous positive reenforcement really gets the best out of your pet,2 she added.

The local dog club was behind last years ‘Bark in the Park’ which attracted 4,000 dog owners and their pets to Kilkenny Castle.

Next year they will do the same, but have yet to find a venue for the event.

“It’s been a very busy couple of years, we have entered competitions away and now will be organising the hosting of our second ‘Bark in the Park.’ Over the last ten years, people are more aware about what their dog wants and needs

“Competitions like flyball are great for the agility of the god, its mental health and also for the owner. It’s a testing course so physically and mentally for both dog and owner it can be a great test.”

So whether you have a young pup that might like to make friends, and do what it’s told for a change, or a fit dog who needs a challenge, go along to the Kilkenny Club. On Wednesday nights. It will bring the pest out of your dog - and you.