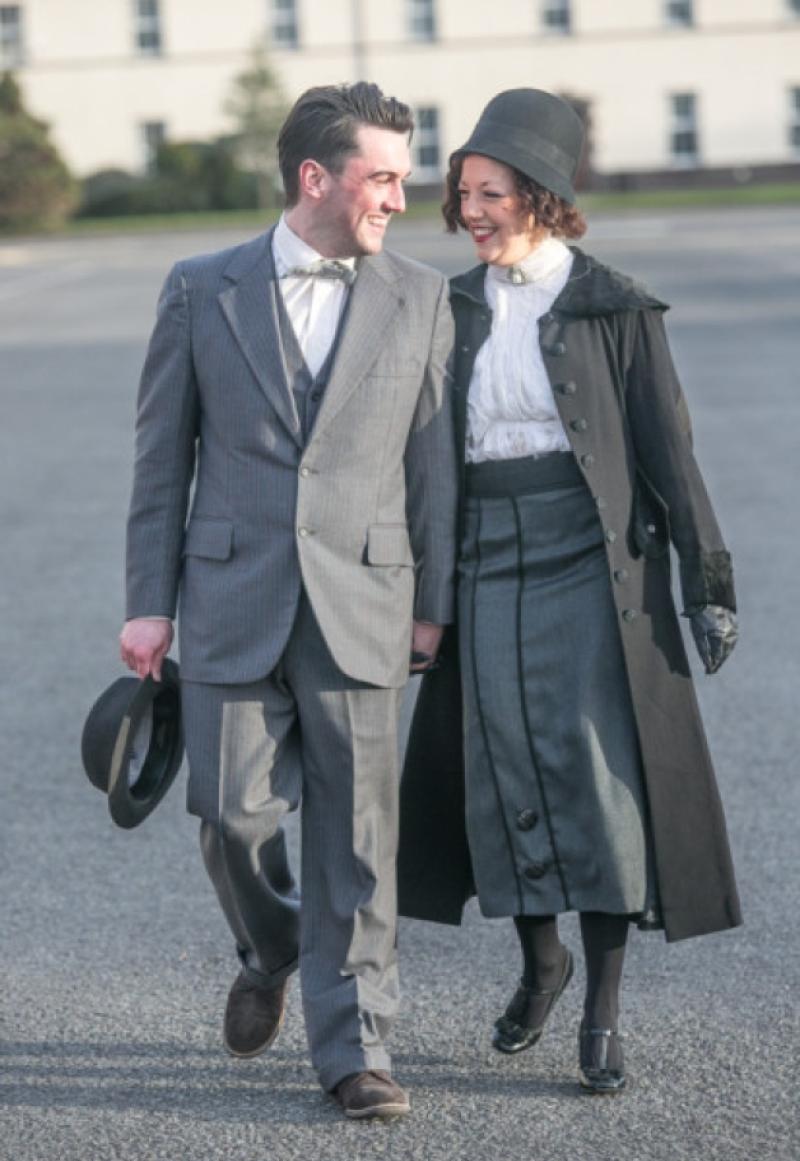 Following on from the local success of their 2014 production of Michael Collins, A Musical Drama, Kilkenny Musical Society have now been recognized at the Association of Irish Musical Society’s national awards.

Following on from the local success of their 2014 production of Michael Collins, A Musical Drama, Kilkenny Musical Society have now been recognized at the Association of Irish Musical Society’s national awards.

Each year, societies in Ireland have the option of entering the AIMS adjudication system and putting themselves forward to compete against other societies across the country in categories such as best actor, best singer, best director etc. This year, Michael Collins, A Musical drama was recognized as one of the best shows performed across the country by receiving an outstanding ten nominations. The nominees are Christine Scarry for best director, Patrick Clancy for best musical director, best technical – which encompasses lighting, sound & set – best actor for Michael Hayes’ outstanding portrayal of the big fella himself, best supporting actor for Ciaran Dunphy’s captivating depiction of De Valera, best chorus, best ensemble scene for the opening number ‘price to be paid’, Seamus Reade for best stage management and one of the most sought-after nominations, best overall show. In addition one of Kilkenny Musical Society’s long-time members, Mr Billy Holmes, was nominated for the ‘unsung hero’ award which recognizes a longstanding contribution to a society by one member.

Considering the standard of amateur musical theatre in Ireland this is an incredible achievement for our local musical theatre performers. The nominations also have significant poignancy as the society members learned of the passing of Bryan Flynn earlier in the week, after a long battle with serious illness. The Waterford man who created and composed this magnificent musical had attended Kilkenny’s performance of his show only one month previously. This level of national recognition is not only a testament to the professionalism, dedication and talent of Kilkenny Musical Society but also to Bryan’s inordinate genius as a creator of musical theatre magnificence. The award ceremony will take place in the INEC in Killarney on Saturday 14th June where Kilkenny Musical Society will fly the black and amber flag high.