No Crows at the Watergate please 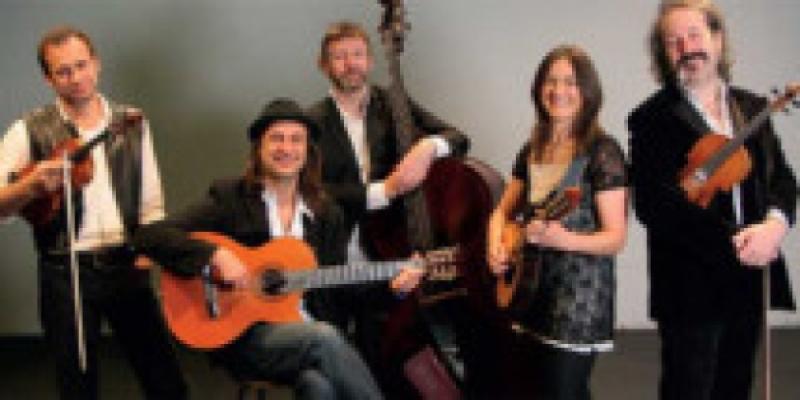 Waiting for the Tide, NoCrows’ fourth album, is a milestone for the group. Their first release since 2010’s “NoCrows on the Moon”, Waiting for the Tide has more vocals than any other NoCrows album, with the addition of singer-songwriter and multi-instrumentalist, Ray Coen to the NoCrows line up.

Waiting for the Tide, NoCrows’ fourth album, is a milestone for the group. Their first release since 2010’s “NoCrows on the Moon”, Waiting for the Tide has more vocals than any other NoCrows album, with the addition of singer-songwriter and multi-instrumentalist, Ray Coen to the NoCrows line up.

The music from the latest album which will be performed on stage came together on two trips to Sligo’s Coney Island. As Sligo-based Mallorcan guitarist Felip Carbonell calls it, “La Isla de Los Conejos”, the island of the rabbits, it’s a tiny island with just a few human inhabitants, nestled inconspicuously in the middle of Sligo bay, halfway between Rosses Point and Strandhill. The band went to Coney for its closeness, yet isolation.

The band’s line up has expanded to six in the past year: Sligo singer songwriter Ray Coen is the newest member. Having been drafted in on occasion over the past number of years, Ray has contributed much music and personality to the band, and so was invited to become a full-time member.

Likewise, violinist and composer Oleg Ponomarev, of Loyko, Yurodny and Koshka fame, has toured and recorded as a guest of NoCrows for some years now.

Ponomarev’s Eastern European Gypsy influence in the group has grown over time and this recording features two of his compositions as well as original material from his five bandmates.

Waterboys fiddler and long time Sligo resident, Steve Wickham, is a founder member of the ensemble and he makes a particularly poignant vocal tribute to his beloved Sligo’s beauty on his song “Rainbow over Sligo”. It is truly a Sligo album, written and recorded in Sligo, inspired by the place, its people and its beauty.

The band has many successes and achievements under their belt, including performances at some of Europe’s top festivals, Glastonbury and Dranouter being notable examples.

Three of the four founding musicians still form the backbone of NoCrows, which has expanded with two additional members. Another founding member Steve Wickham still makes regular forays with NoCrows when he is not touring with his other band The Waterboys.