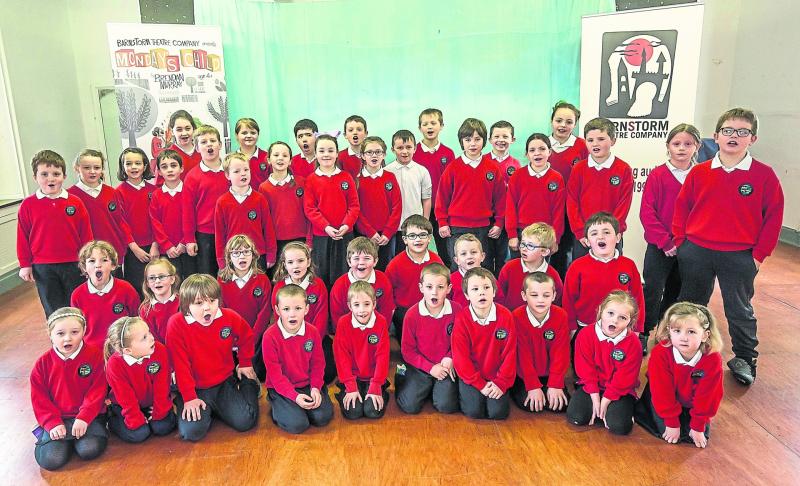 Barnstorm welcomed four primary schools as part of their Theatre Taster – for schools that had never attended a Barnstorm play.

And what a play this young audience saw on their first theatre experience! Created especially for children aged four and older, Monday’s Child tells the simple poetic story of the unique bond between a little girl and an older woman suffering memory loss. Together in a dream-like garden, they sing, dance and dress up as they explore a treasure trove of memory boxes.

Some of the teachers who attended the performance were touched by the subject matter, one commenting that the play was ‘very original – it really draws you into the challenging world of the older woman.”

“Monday’s Child is poignant, enchanting and spellbinding. It appealed to the child in me, and I adored the girl’s portrayal of innocence and fun. I utterly lost myself, like the children in the audience were doing, in her enthusiasm to discover what was inside the boxes, and I held my breath and gasped at the same time that they did,” another audience member remarked.

Prior to and after the play, teachers take part in surveys about arts experiences outside of school, and in return, they can bring one class to a preview performance, at no cost.

Most schools that have participated in the initiative to date have returned year-on-year having been won over by their first experience of for young audiences.

But there is no rest for the crew at Barnstorm – they had just unpacked from their January and February tour of the US and Canada, where they brought the highly-acclaimed The Bockety World of Henry & Bucket, and now Monday’s Child is already on its UK tour, taking in 13 venues from Norwich to Manchester. As if that weren’t enough global touring for one local company, The Bockety World of Henry & Bucket will be back on tour around Australia this coming September.