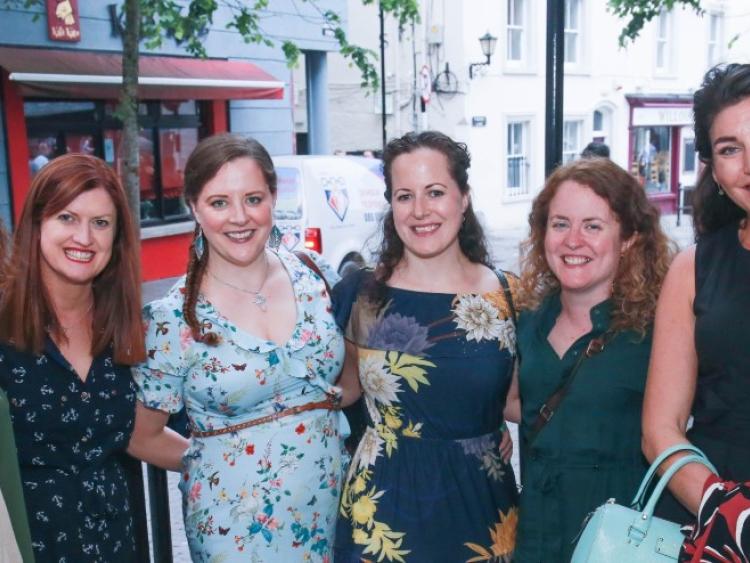 Soaring temperatures and swimming comedians meant this year’s Cat Laughs comedy festival in Kilkenny city was a splash hit.
The festival, which ended on a high on Monday night with the annual Good Night Cats gig in Langton’s, saw comedy fans lap up joke after joke from a star-studded line-up.
The city was crammed with visitors for the weekend with the great weather adding to the atmosphere ensuring many of the shows were completely booked out.
Highlights included the annual soccer match at the Fair Green on the Freebooters pitch which was pure pandemonium while a number of comedians including Andrew Maxwell to the River Nore to cool down.
Everyone was in high spirits and the general manager of the Ormonde Hotel, Colin Aherne in the centre of the city was full of praise for the organisers.
“It is one of the most important weekends of the year for us and it brings huge business year after year,” he said.
“We had huge amounts of people and they left with great memories of the city and festival,” he added.
Leinster Rugby star James Lowe appeared on stage in front of a Kilkenny audience on Saturday night as the surprise guest on Second Captains, as part of the festival.
The Kiwi looked comfortable with microphone in hand in front of a full house at the Ormonde Hotel, offering his take on the journey from southern hemisphere to north, adjusting to new defensive responsibilities, and his highlight-filled career to date at Leinster.
He confirmed it was his first time in the Marble City, comparing the trip through one local town to a similar location in his native country.
He spoke candidly about his struggles as a youngster in battling a rheumatoid arthritis condition which threatened his game time, and forgoing the opportunity of an All Blacks jersey to move abroad with the support of his family.