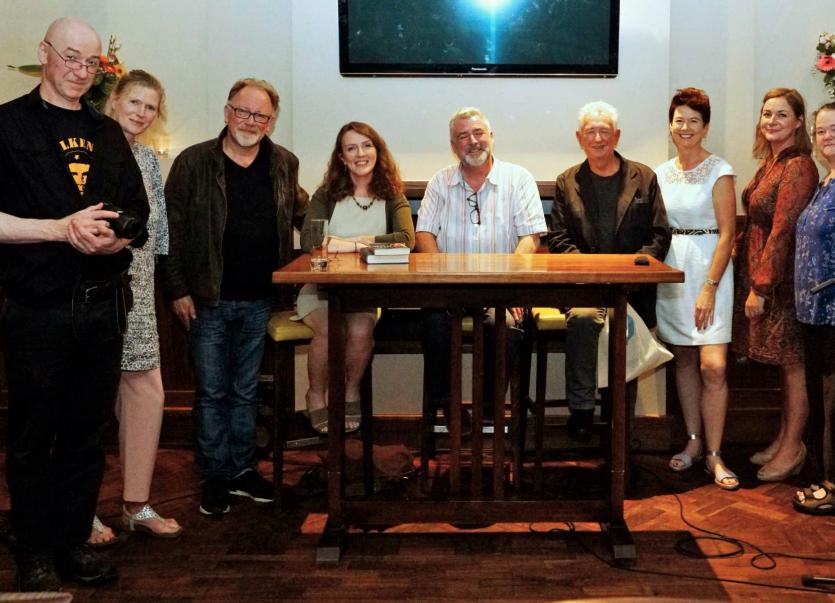 The Kilkenny International Literary Festival in the Pembroke Hotel on Saturday was one of the highlights of the AKA Fringe Festival to date.

Irish authors Michèle Forbes and Peter Cunningham read from their many bestseller novels and were interviewed by Martin Bridgeman.

The Troubles of Northern Ireland were a common theme in several of their works, but for Michèle's second novel, Edith & Oliver set in the early 20th-century, she told the audience that she 'fell in love with the notion of what Belfast used to be prior to the events of 1969 and beyond.'

Peter Cunningham's book The Taoiseach, based on Charles J Haughey, is 'fiction, driven by events that did take place.' He told the room that this book has been optioned for an eight-part television series. Asked who he would like to see play the Taoiseach, Peter replied: 'Cillian Murphy - he has the right combination of sinister and appeal'.

Among the audience members was Suzanna Cramptorn, granddaughter of the author and humanitarian, Hubert Butler. Suzanna is the recenty published author of Bodacious - The Shepherd Cat.

Asked how KIL-Fest's third event had gone, festival director, Cathy Hogan said that it was a very special and informative evening with two extremely talented and inspiring writers.

'Great local events like this happen largely due to the generosity of family, friends and their favours - I was lucky with all of these for tonight,' she said.