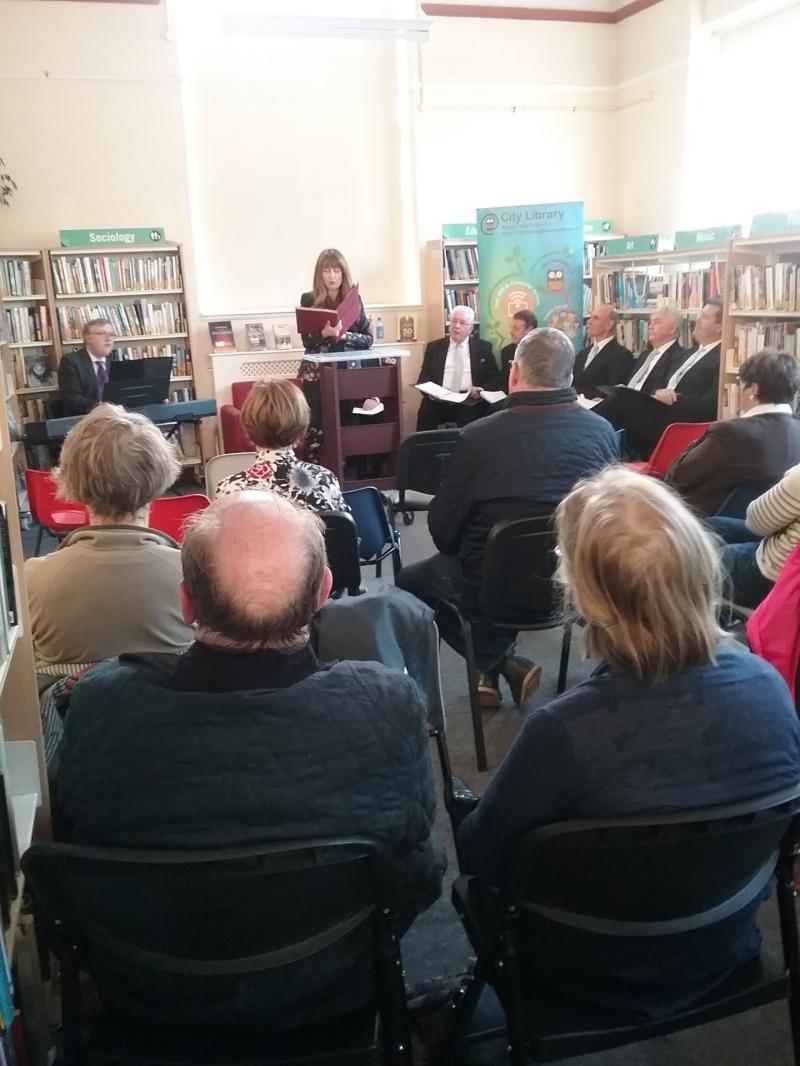 In commemoration of the historic winning of the right to vote, Mná na hEireann Roadshow brought together the best of literature, history and songs of a century ago to entertain a large audience in City Library, John’s Quay last Friday (21st September).

A double bill of lectures - Author of Easter Widows, Sinéad McCoole and RTE History Show presenter and author, Dr. Myles Dungan entertained with compelling and often humorous stories on the changing lives and roles of Mná na hÉireann in the early years of the 20th century.

Councillor Peter Cleere, Mayor of Kilkenny spoke about how successful the 13th year of Culture Night has been and that essential to that success is people and their interest in celebrating creativity and culture . He introduced the popular male voice ensemble, The Brooks singers and Soprano Sandra Oman who treated the audience to a fascinating and lively musical journey on the Paths to Freedom – covering the post-war era in Ireland. Along with traditional songs, we were treated to an occasional amended version of songs, only to be heard in the back streets and pubs of the era.

"It was a great success and a great opportunity to celebrate the wealth of culture, creativity and the arts throughout the day and evening” said County Librarian, Josephine Coyne.”

This initiative was supported by Creative Ireland.