Noh, classic Japanese theatre, lands a date at the Watergate 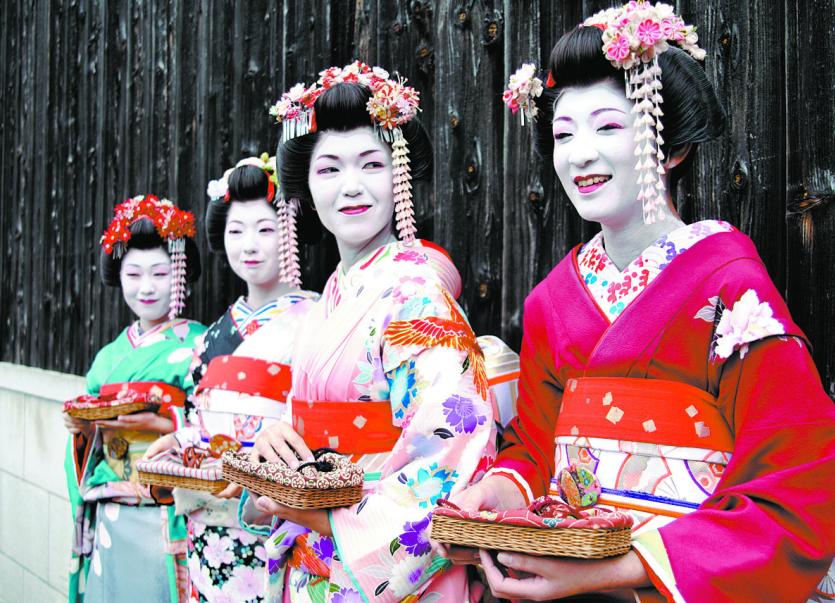 Classical Japanese dance, music and poetry to be savoured at the Watergate Theatre on Saturday, February 1

A rare programme of classical and contemporary Noh Theatre will be presented at the Watergate Theatre, Kilkenny on Saturday, February 1.

The show featuring the 650 Year Old Japanese Art Form noh will celebrate Japan’s Season of Culture in the year of the 2020 Tokyo Olympics.

Acclaimed artists Teruhisa and Kinue Oshima, and Akira Matsui collaborate with Jannette Cheong and Richard Emmert once again in celebration of the 2020 Japan Season of Culture.

The programme: Takasago, a play from the classical repertoire, deals with the legend of the twin pines of Sumiyoshi and Takasago.

Between the Stones: A new English Noh drama by Jannette Cheong with music by Richard Emmert, that explores how the burden of grief turns into a celebration of life, friendship and love, through the healing power of gardens.

Takasago: Written by Zeami, is one of the most important and well known plays in the classical noh repertoire.
It deals with the legend of the twin pines of Sumiyoshi and Takasago. According to legend, the spirit of the Sumiyoshi pine travels across Osaka Bay nightly to visit his wife, the Takasago pine, in a bond that transcends space and time.

Takasago will be performed as han-noh, literally a “half noh”, featuring the very quick and strong second half of the play.

Between the Stones: This is the third collaboration between author Jannette Cheong and founder of Theatre Nohgaku, Richard Emmert and the second co-production with Unanico.

The lead role will be played by Kinue Oshima, the only professional female noh actor in the Kita school. Cheong-Emmert collaboration, Pagoda (2009) – the first time that the Oshima Theatre and Theatre Nohgaku worked together on a joint production.

Pagoda had its world premiere at the Southbank Centre in 2009 and went on to tour Dublin, Oxford and Paris and then opened at the National Noh Theatre in Tokyo in 2011 and toured to Kyoto, Beijing (at the National Centre for the Performing Arts) and Hong Kong.

Pagoda was the first time for a British artist to write a new contemporary noh using classical techniques.

The production tour will include the work of master mask maker, Hideta Kitazawa, who will give a series of lecture demonstrations as part of the project’s extensive (2018-2020) ‘Getting to Noh’ programme of educational and outreach work.

Mask Maker Kitazawa has been making masks for both classical and contemporary noh for more than two decades.

He has had a special relationship with Richard Emmert and Theatre Nohgaku for much of this period, and also for the last 10 years with Jannette Cheong.

In 1991, after graduating from the Tokyo University of Agriculture and Technology with a major in Forestry Studies, he went on to begin intensive woodcarving studies with his father Ikkyou Kitazawa.

Since then, he has been the recipient of a number of awards, including the ‘Outstanding Young Artisan’ award.

This collaboration is co-produced with Unanico in association with the Oshima Theatre and Theatre Nohgaku.