World famous band are on their way to Kilkenny City 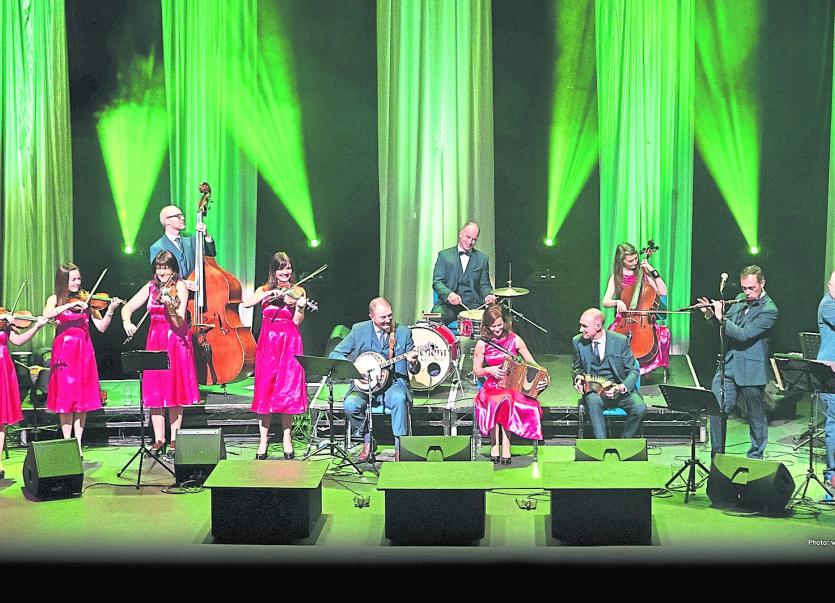 The Kilfenora Ceili Band return to the Watergate Theatre as part of Kilkenny Tradfest 2020 on Saturday, March 14 at 8pm.

With over 100 years in the business and the Kilfenora has gone from strength to strength since their centenary.

From village parties in the early 1900s right down to their current international profile in the new millennium, each new generation slots seamlessly into the groove of its forebears.

The band originated in the late 1800s. At the time, music was an important feature of life in rural Ireland. Kilfenora boasted a fine brass band, which gradually evolved into a dance band.

Its story is the story of Irish music itself. From village parties in the early 1900s to bigger dances in the 1930s, broadcasts in the ’40s, commercial recordings in the ’50s, foreign tours in the ’60s and ’70s and the reformation of the band in its current format in the ’90s.

In 1909, the first formal engagement of the group was a fund-raiser for the renovation of the local church.

They continued with similar work over the following couple of decades, gradually developing an identity and a profile. As early as the ’30s, the band was regularly venturing far beyond the county boundaries for dances.

They did several broadcasts on Irish radio during the ’30s and ’40s.

Kitty Linnane, the matriarch who steered the group through four decades, was sneaked out of a convent as a teenager for her first appearance with them in 1939.

The first two decades of her stewardship coincided with the golden age of céilí bands.

During that era, her Kilfenora band dominated the competition circuit.

They performed in almost every county in the Republic and toured Britain on several occasions.

A woman of caution, Kitty resisted all efforts to lure the band to the States. Under her leadership, they issued three albums, now collectors’ items.

Kitty Linnane’s mantle passed in the ’90s to John Lynch and under him, the Kilfenora consolidated their position as one of the world’s greatest and longest running trad bands.

Their CD Set on Stone 1997 achieved Platinum status and Live in Lisdoonvarna 2002 was Irish Music Magazine’s Traditional Album of the Year.

To coincide with the band’s centenary in 2009, the band was presented with the IMA Hall of Fame award.

Renowned as one of the world’s most renowned traditional bands, the Kilfenora Céilí Band are constantly finding new ways to bring their age old traditions to new audiences with tours to Glastonbury (headline concerts on their acoustic stage) and concerts in New York’s prestigious Lincoln Center as well as tours around Ireland and Europe.

Their concert performances and recent recordings, including Now is The Hour (2015) point to a broadening of the perceived boundaries of their genre.

Collaborations with a diverse range of song and dance artists, experimentation with repertoire outside of the dance domain and complex harmonic arrangements speak to an ensemble who are pioneering new and exciting performance contexts for the céilí band genre.

While acknowledging and incorporating the past, the Kilfenora thrives on creativity and innovation.