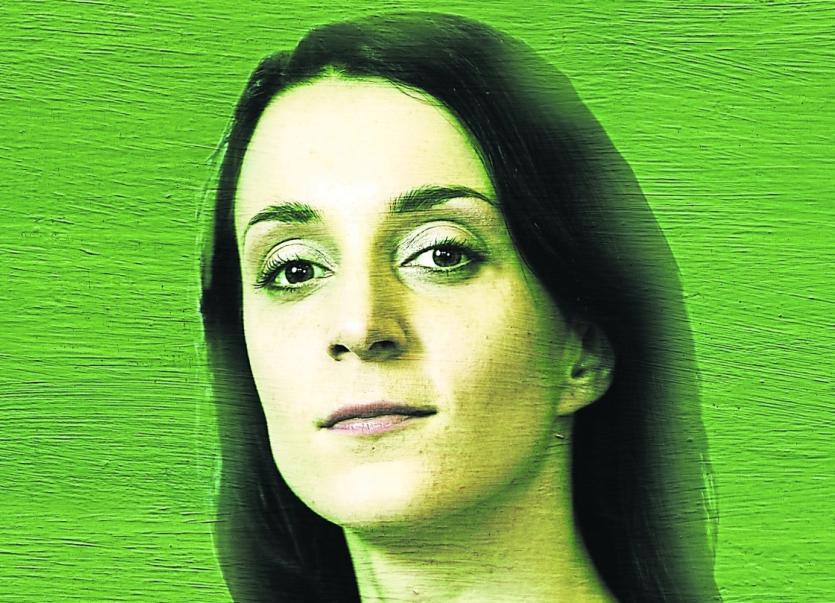 Maeve Fitzgerald as The Mai coming to the Watergate Theatre, Kilkenny on Saturday, April 18

The Mai is an epic tale of three generations of an Irish family inspired by love but shattered by inescapable reality.
Set in the Midlands in the 1970s, it is both wildly funny and humorously tragic.

The play centres on a formidable 40-year-old woman, a teacher known as The Mai, whose husband Robert, a musician, has always felt stifled by her ideals of perfection.

After 17 years he leaves her, whereupon she sets about decorating a dream house in the hope that he will one day return.

From her fairy tale castle on the banks of the legendary Owl Lake, The Mai waits for him by the window. The play opens on the day of Robert’s unexpected return after a four-year absence.

Throughout the Mai and Robert’s troubled reunion appears the memorable characters that comprise three generations of her family.

They are her two sisters meddling in the affairs of her three daughters with comical tenacity.

Towering above them is the irreverent matriarch, Grandma Fraochlan. She presides over all with her ‘ancient and fantastical memory’, reminding them that the past is looming over the present.

Until Decadent’s 2018 production, The Mai had not had a major outing for more than 25 years.

“I first came across Marina Carr and The Mai in 1994 when I was in college and saw the Abbey production,’ said artistic director Andrew Flynn.

“I was just blown away by it - I hadn’t seen anything before that threw open a door on 1970s Irish society and the Irish family,” he said.

“Through these wonderful characters Marina disputed the notion that family break down wasn’t possible. Instead she showed what was actually happening, and how troubled marriages got brushed under the carpet.

“It’s a brilliant play because it’s grey, not black and white,” he added.

This new tour is a revival of Decadent’s critically acclaimed 2018 production which the Irish Independent praised as a bang-up revival, bristling with comic energy that feels innovative and fresh today full of depth and passion, The Mai is one of the best Irish plays of the contemporary period.

After seeing the performance in Galway, playwright Marina Carr said: “I loved the set, the lighting, the music, Andrew’s direction, and the beautiful cast. I feel very grateful. It’s wonderful to see new life breathed into it.

“We’re blessed with a wonderful cast and I consider myself lucky to get a second chance with The Mai.”