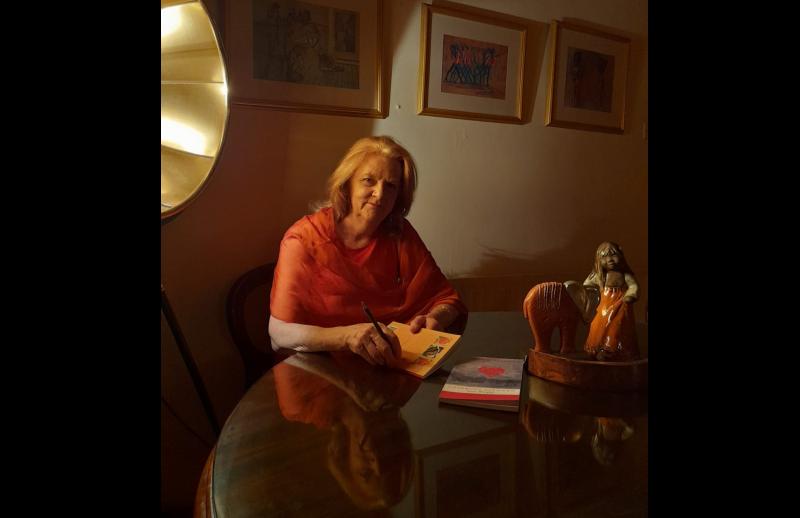 A local writer is launching her bilingual short stories collection, Strange Fruit, in Irish, Spanish and French and all are available to purchase through her website or in bookshops nationwide.
Anne Murphy is originally from Co Down but has lived in the Marble City for over 30 years and has made it her home.
A social worker by profession, Anne is by nature a curious adventurer and in her retirement she decided to put her time to good use and to write and to travel.
Bilingual collection
In 2019 Anne decided to do a house swap in Valencia, Spain and a home share in Perpignan in France.
It was during this time that the idea began to gestate to publish her bilingual collection of short stories, Strange Fruit.
“When I retired, my interest in languages sparked a whole new idea,” she said. “In order to improve my fluency I used to buy the same book in English and French, English and Spanish and English and Irish, it was a slow and expensive way to learn.
Translations
“The idea of translations of Strange Fruit took hold. I knew the poems could get lost in translation so I focused on the short stories.
“I already knew from my travels, and having experienced a house swap in Spain and a house share in France, that people living abroad had difficulty accessing books in their own language. That was reinforced in a conversation with ex-pats at Merignac airport in Bordeaux when returning from France. Eventually my online shop was launched in May 2021.”
Passion for writing
Anne’s passion for writing was fostered through a writer’s group which took place at The Clubhouse Hotel in the noughties and was run by Gerry Moran, who is renowned locally for his writing prowess.
Inspired by this experience, Anne went on to complete a Print Journalism Course, run by Kilkenny VEC and in 2007 launched a book of poetry, Thinking Allowed, and her collection of short stories, Strange Fruit, was then published later that year.
Strange Fruit
This wonderful collection of work is now available in English - Spanish, English - French and English - Irish.
It had been hoped to have a booksigning at Khan’s Bookshop and to launch the books at The Home Rule Club but these events were cancelled due to the ongoing pandemic.
Strange Fruit tells stories of childhood memories such i.e. First Time. Illustrations of these early days include a Singer sewing machine and Nelson’s Pillar before it tumbled and settled in its final resting place a stone’s throw from the author’s home.
Other titles include Balancing Act, a wry look at family dynamics and Owl or Pussycat, in which the author portrays herself as a journalist interviewing a somewhat eccentric character as she aspires to the ‘noble profession’.
“I first published in English and translated it bilingually in parallel writing,” added the author.
Books are now on sale online at bilingualbooks.ie and from bookshops nationwide.