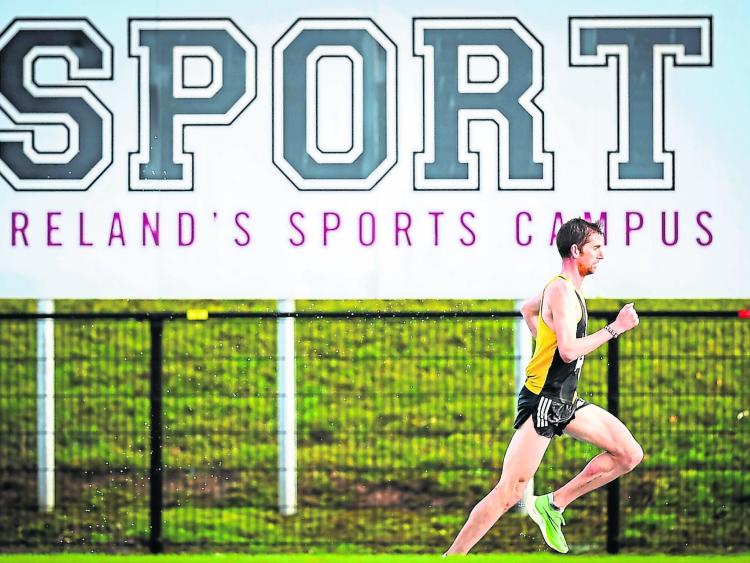 It was an eventful - and long - weekend for the Kilkenny athletes and their families who travelled to Athlone for the opening days of the Leinster juvenile indoors championships.

With the programme starting at 10am and finishing at 6pm daily, there were plenty of tired faces leaving the Indoor Arena in AIT Sunday evening. The long hours were made worthwhile as the county took home eight gold medals, 17 silver medals and 13 bronze medals.

There were more than 200 athletes from Kilkenny competing at the Leinster Indoors, ranging from the established athlete to the beginner. For many it was their first time competing at this level, but the day provided a solid platform for future endeavours.

Sophie Jackman (St Senan’s) was in a class of her own as she stormed to victory in the girls’ under-19 800m. Having finished fourth in the junior All-Ireland a week earlier, she left no stone unturned as she led this race from start to finish in a star-studded 800m field.

Jackman was pushed all the way by Abby Sheridan of Ardee but in the final 300m the tall St Senan’s girl gained momentum and looked the more relaxed of the two. Surging ahead she finished well clear of her rival at the end.

It capped a good weekend for Jackman - she also won silver in the 400m on day one - as she came away with a new Leinster record in the 800m category.

There was more gold for St Senan’s as Tadgh Connolly raced to victory in the boys’ under-17 1,500m. Competing in a top class field, Connolly was content to stay in the top pack for most of the race.

With 600m to go Paul Delahunty of Greystones made a move that split the leading pack. Despite rounding the final bend five metres adrift of Delahunty, Connolly powered past the lean Greystones man and sprinted away down the back straight.

Molly Daly (KCH) won the under-13 600m after finishing second to clubmate Ruth Crowley in the 60m race on day one. Daly ran a conservative race, saving her sprint for the last 150m, and looked very much at ease as she sprinted home for victory – a feat she also achieved last year.

David Williams (St Senan’s) ran a very impressive race in the boys’ under-16 1,500m, competing in an event which boasted four of the top five 1,500m runners in the country for that age group.

Eve Dunphy was a very impressive third in the girls’ under-14 800m while Joss O’Connor (St Joseph’s) was an incredible third in the boys’ under-13 600m, his first indoor medal.

It was a memorable weekend for Brow Harriers, who had their first representation at the Leinster Indoors. Hugo Tierney wore the club colours well, qualifying for the under-12 600m final. He ran really well in the final, coming home sixth.

KCH duo Patrick Lacey and Louis Raggett were two athletes who really impressed over the weekend. The under-14s literally jumped their way to success all weekend.

On Saturday they were joint second in the under-14 high jump, marginally behind the winner. On Sunday both boys enjoyed long jump success. Raggett towered over all the other athletes, using his height to his advantage as he leaped to victory in the under-14 long jump. Lacey used his great speed to barely touch the board and take flight into the air, coming home a close second.

Another athlete to achieve jumping success was Jordan Knight (St Joseph’s). Jordan is no stranger to long jump success - he is the reigning long jump champion. In the boys’ under-18 event he jumped over 6 metres in each of his jumps to impress the spectators.

Knight was also second in the 400m race with clubmate Cathal Beirne third. Evan O’Toole (St Joseph’s), another regular long jump medal winner, was second in the under-17 long jump.

In the high jump Ailbhe Steiger (Gowran) and Eoin Aylward (St Senan’s) took silver medals in the girls’ under-13 and boys’ under-15 events respectively.

There were further medals won for Kilkenny from Eve Dunphy (St Senan’s), who was third in the girls’ under-14 event and Anil Ramsawmy, who was a bronze medal winner in the boys’ under-13 high jump.

Darragh Nolan (Gowran) was third in the under-16 boys’ competition. James Kelsey (Gowran) was top of the pile as he claimed gold in the boys’ under-13 high jump.

With close to 100 athletes entered for the Leinster Indoors over the two days, it was inevitable that KCH would achieve plenty of success across the events. It was in the sprinting and long jump events that they achieved the most success.

Ruth Crowley stood out, the tall under-13 athlete, winning the 60m sprint from reigning champion Molly Daly. On day two she ran in the 600m and qualified for the final.

In between the heat and the final she found time to rest and qualify for the 60m hurdles final. Having finished fourth in the 600m, qualifying for the All-Irelands, she was second in the 60m hurdles.

Matias Quaglia (KCH) was third in the under-12 60m, one of many athletes who made it through to the finals in the 60m and 200m races.

Castlecomer’s Sofia Kerr won her heat easily and finished fourth in the girls’ under-16 60m.

Facilitated by the path paved by Joe and Murty Kelly over the years, expect to see many medal in the coming year.

Rachel Gardiner (Gowran) claimed yet another Leinster indoor title when she won the girls’ under-14 shot-put, finishing a full metre clear of her nearest opponent.

Gardiner has achieved lots of success at this event and she will be holding the Kilkenny and Gowran flag high in the All-Irelands at the end of March.

Another Gowran athlete to do well in the shot was Anna Brennan, who finished second behind the eminent Kya Mothiram of Ardee.

In the boys’ under-12 shot-put Mathias Quaglia (KCH) was second with 7.51, just 10cm behind the winner Darragh Roche of Ratoath.

In the boys’ under-13 category Rian MacDonald (St Senan’s) left his sick bed to swoop for the bronze with a new personal best (PB) of 9.69cm.

Libby Murphy (St Senan’s) got her first Leinster Individual medal when she finished third in the girls’ under-16 shot.

A special thanks must go out to both parents and officials for their patience, volunteer efforts in officiating and enduring love of the sport.

The indoors are two long days and it is only fitting to mention the adults, coaches and parents alike, who keep the show on the road while their domestic life is on hold.

Right throughout the weekend there were countless coaches and parents from all the clubs who could be seen standing for countless hours on both days. Some of these officials, like Murty Kelly of Brow Rangers, are over 70 years of age.

A younger generation of officials has also come on board too, some of them former athletes and now parents of the kids competing. Whilst others are just parents who want to keep the events running and make the weekend an enjoyable experience for all.

Ben Wallis (St Senan’s) is the reigning national indoor and outdoor race walking champion. He took a third gold medal for St Senan’s when he walked to victory in the boys’ under-15 walk.

Wallis was well clear of his nearest rival, finishing some 100m ahead of him, as he came home to clinch the gold medal in the boys’ under-15 1,000m walk.

A good middle distance runner and shot-putter, he also competed with distinction in these events.

St Senan’s had more success in the race walking events when Sophie Monahan claimed silver in the girls’ under-16 1,500m race walk.

Gearoid Long also claimed silver in the boys’ under-16 event while Keelin Duggan finished fourth in the under-15 walk and qualified for the All-Irelands.