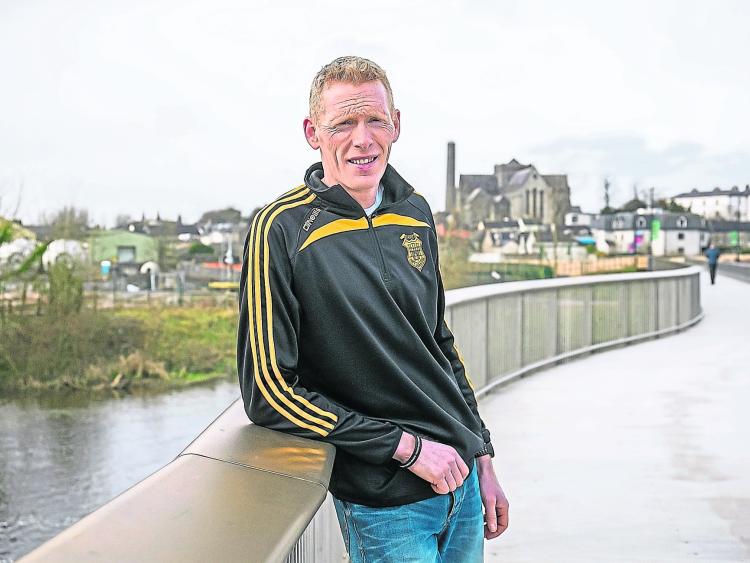 Storm Ciara may have had an effect on other parts of the sporting calendar but there was no stopping the athletics world over the weekend.

The county had a number of athletes in action in the National Intermediate, Masters, Juvenile B championships and cross-country relays. Avondale was the picturesque setting and provided the perfect platform for Brian Maher as he raced to masters glory.

The Kilkenny City Harriers (KCH) athlete was nothing short of fantastic as he won the overall masters event. On a day when the general election provided surprise poll toppers, there was nothing out of the ordinary about Maher’s number one finish.

Since his emergence at Masters Level some four years ago, he has gone from strength to strength - extraordinary as often an athlete’s advantage of age wanes after the first year or two, giving way to the new entrances into the respective masters age category.

Entering his 44th year Maher was running against Masters Athletes who were ranging from age 35 right up to those in excess of 60. In modern running it has become more normal for athletes in their mid to late thirties to be at the top of the field in Senior Championships. Clonmel’s Kevin Maunsell is one example; at age 39 he made the Irish team for the World Cross-Country Championships in 2018.

Maher, who has made the Irish cross-country team on numerous occasions, was 13th in the National Senior Championships last November, beating many athletes at least 10 to 20 years his junior in the process.

Right from the outset Maher held a position in the top three. He was flanked by the Liffey Valley pairing of Peter Arthur and Pierce Geoghegan, with Eoin Mullan (Omagh Harriers) and Karol David Cronin (Sportsworld).

After the first lap Peter Arthur was just ahead of Maher but as the race progressed the two began to open up a gap, leaving Pierce Geoghegan and Eoin Mullan to battle out for the bronze medal.

As the race reached the final lap Maher looked strong. As a masters athlete he knew that it was important to run on the faster side of steady for the entire race - that’s how he managed to win the county senior title from his much younger training partner Eoin Everard back in October in Kilkenny Castle.

Moving up a gear with 2,000m to go Maher strode on strongly, keeping the pace steady. Experience told him that if he could keep this pace up for a kilometre he would break Arthur.

And that’s exactly what he did. With 1km to go, Brian Maher had created space between himself and the Liffey Valley man. His clenched fist said it all as he crossed the line, securing victory from a large field of almost 300 athletes.

So, how is the Kilkennyman still taking overall Master race victories and still being top of his game at senior competitions? One factor is his mental toughness, but there is also his athletic wisdom.

Back in September 2019 Brian indicated that he was targeting just three races for the 2019/2020 athletics season. If he was to do well, he said, he could not race as much as many of the younger men.

In his forties, he had realised that recovery was paramount to continued top performances, so he left a six-week gap between the county seniors and the national senior cross-country championships in Abbottstown. From there he would not race seriously again until the Masters.

That wisdom can only come from being aware of yourself as an athlete and what your body is capable of doing. For Maher it confirmed his ultimate success.

Nationals
With some athletes not being available for the National Intermediate, the Kilkenny team was somewhat depleted at the weekend.

The next Kilkennyman home was Conor Rochford (St Senan’s) in 26th place. Like Kelly, Rochford has been running well this season, earning silverware with his Senan’s team-mates.

Kilkenny were sixth, featuring four Senan’s athletes, Kelly and Gowran’s Johan Muller. All athletes can be very happy with their performances.

Juvenile
The national juvenile B championships is a fantastic development opportunity for juvenile athletes.

In the past athletes like Aoibhe Richardson and Peter Lynch (KCH), the St Senan’s crew of David Williams, Tadgh Connolly, Sophie Jackman, Aoife Allen and Tara Ramasawmy have used these races to develop confidence and racing tactics which have helped them win medals at national championship level.

With Storm Ciara looming over the West and entrance exams blanketing the south east many Kilkenny athletes did not travel to Avondale, leaving the county short many of their regular competitors.

Best of the juveniles was Issac Carew who finished fourth in the boys’ under-13 race. With injuring hampering Issac through the 2019 cross country season, he can take some confidence from this superb race as he approaches the 2020 track season.

There were no county or club medals for Kilkenny on this occasion but there were some very good individual performances, particularly in the younger age groups.

Hugo Tierney (Barrow Harriers) was 16th in the boys’ under-11 race while Kate Hayden (Gowran) and Grace Gilmartin (St Senan’s) can be happy with their respective 16th and 22nd placings in the girls’ under-11 competition.

In a race with over 140 competitors that was a very decent result. Billy Power (Thomastown) was 14th in the boys’ under-17 event while Lily Ryan (St Joseph’s) can be happy with her 21st place in the girls’ under-13 race.

All-Ireland relays
Unusually there was just one team from the county competing in the All-Ireland cross-country relays. St Senan’s competed in the girls’ under-14 4x500m relay.

Always to the fore, the Saints were unlucky to finish fourth despite an incredible finish from Eve Dunphy, who was fast gaining on the Crookstown Millview team. The team of Juliet Evans, Caoimhe Phelan, Molly Long and Dunphy can be very happy with their team effort.

Indoor Games
From cross-country to the indoors, athletes swapped wind, rain and chill for the calm and heat.

With the national senior indoors just three weeks away, some of the county’s athletes were using this event as a testing ground before the ultimate competition.

With events such as pole vault and triple jump included it gives these athletes an opportunity to part-take in the much rarer held competitions.

Sophie Becker (St Joseph’s) was back on the track again after some weeks of injury. Participating in her specialist event, the 400m, she ran a respectable 54 seconds just marginally behind Newport’s Sharlene Mawdsley to finish second.

Having been injured this will give Sophie a benchmark for the remaining three weeks training prior to the Nationals.

Also competing on Sunday in the indoor games was Peter Dunne of Gowran. Peter has, in the last year, turned his attention to the pole vault where he is targeting above 4m for this year. He finished fourth with 3m 80cm.

With three weeks to the seniors he will of course be fine-tuning and perfecting his technique to get that all-important 20cm to push him to the 4m mark.

Jack Manning (KCH) was also in action over 60m. In the Series One event he was seventh and went on to finish sixth in the Series Two event with his fastest time being 7.27 seconds.

Another KCH athlete in action was Kevin Burns. He was 16th as he ran a respectable 9.10 in a 3,000m race won by the deft Hiko Tonosaire of DSD in 8.48. Former St Senan’s athlete Aaron Donnelly, now competing for DSD, was sixth in 8.34.

Meeting
The annual meeting of Kilkenny’s County Athletics Board was held in the Club House Hotel. Outgoing officers thanked all those who had made athletics possible in the county for 2019 and paid homage to all those athletes who had done so well during the year.

The highlight of the season was having four athletes compete in the European cross-country championships in December, along with Kilkenny taking the overall Leinster cross-country cup for the best county in Leinster.