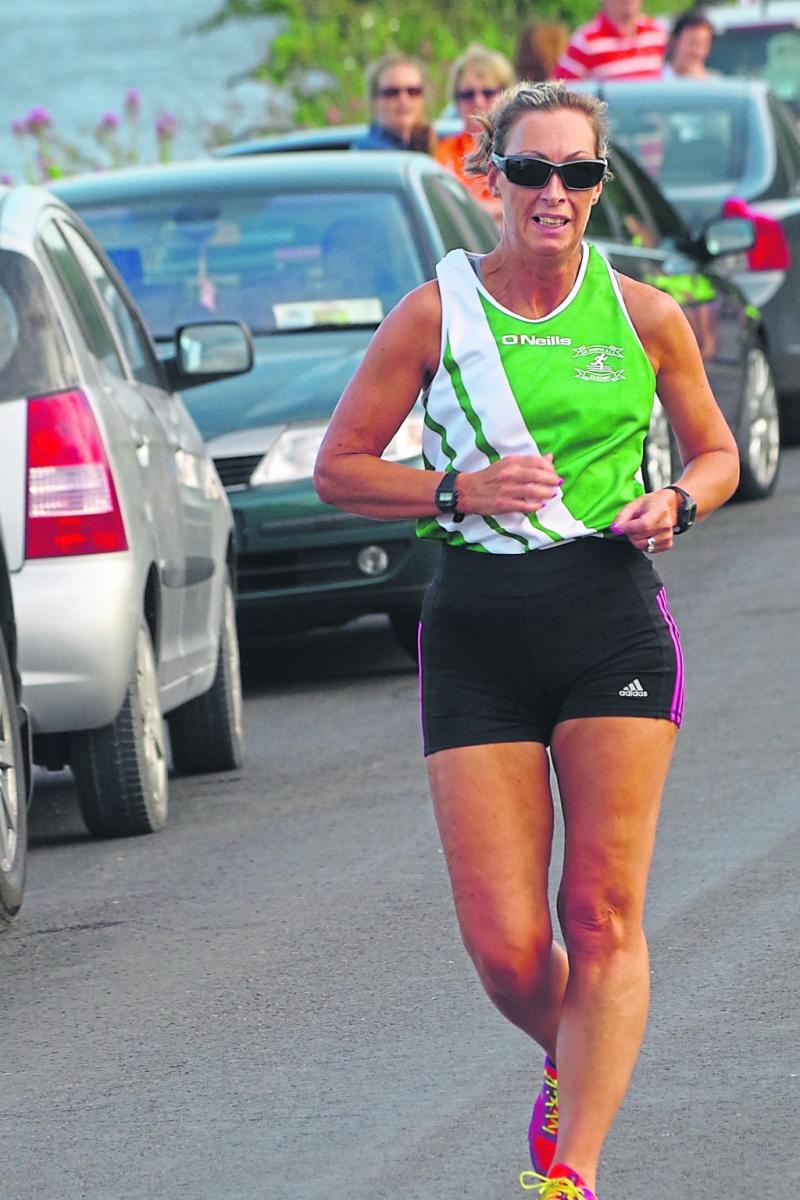 As is almost customary in these masters events Brow Rangers emerged as the top Kilkenny club with seven medals from the throwing competitions. The county won 15 medals overall, including five gold.

There were some sterling performances across the board from our athletes and from the masters in general. Competition levels are at an all-time high for the masters age groups, with many of these athletes capable of being competitive in the senior category.

There was never really a threat to Ledingham’s gold medal as he looked comfortable. Staying with the leading group early on, he then pulled comfortably ahead at 800m, gaining ground all the time.

There was some Kilkenny interest in an incredibly competitive over-40 800m event. Competing in this event was Ronan O’Donovan (St Senan’s) who finished seventh in 2.08, an incredible time for a man in his first competitive track season after a 23-year hiatus from athletics.

Maggie O’Connor (St Joseph’s) took another national title as she won the over-45 ladies 3km race walk in 16 minutes. The former world over-40 Irish team European silver medalist is a familiar figure in Irish women’s race walking. She has already competed in European over-40s and has won several national masters titles. She also finished third in the national senior track and field last year.

St Joseph’s AC took home five medals, with Maggie’s older sister Mary Breen finishing second in both the over-60 hammer and weight for distance. Racewalkers John Joe Lawlor took silver in the over-55 event and Tracey Malone won silver in the women’s over-45.

John Barron put Kings River on the map with his bronze medal in the over-50s long jump. No stranger to masters competitions, John has been medaling in the long jump at provincial and national masters competition for a few years. His fourth jump of 4.83 secured him the bronze.

Gowran AC had two athletes competing - Tom Corrigan and John Leamy. Both are prolific competitors in masters competitions. Derek Brennan represented Thomastown in the over-40s 400m and put in a good performance.

Kilkenny City Harriers had two further athletes competing on the day. Paul Phelan finished an excellent third in the over-50 400m while Karen Nugent was fourth in the over-50 javelin.

The cross-country season kicks off in just over a week with the usual kick start coming from the St Senan’s AC Open cross-country event.

Held in the Sports Complex Kilmacow this event has been running for 44 years and was the only open event to be staged amid last year’s covid-ridden cross-country season.

Long recognised as being leaders in staging successful events, the Kilmacow-based club are looking to build upon the success of last year’s open cross country. Athletes came from as far away as Louth, Galway, Cork, Clare, Westmeath and Dublin to run on the impeccable cross-country course.

Races are for under-9, 10, 12, 14, 16 and 18 juveniles with competitions also for Juniors, Masters and Seniors. The event will be held on September 19. Visit the St Senan’s AC Facebook page for the link to the entry system. All entries are required to be completed on the entry system which closes on Friday, September 17.

Distances for juveniles are a little shorter than championship distances to allow athletes the opportunity to kick start the season and test their pre championship training.

The senior competitions are sponsored by Caulfields Supervalu, who have been the benefactors to this event for decades.