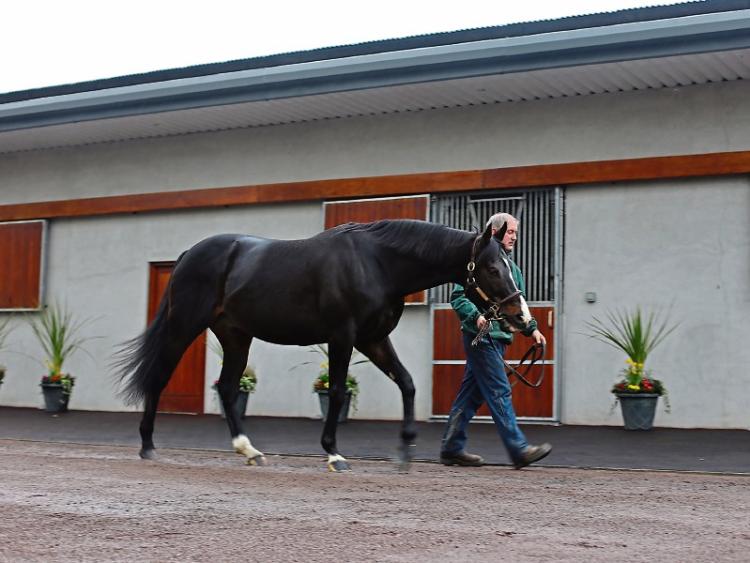 Latest figures of the value of stud farms to the national economy estimate it at well over €1 billion - and Kilkenny has more than its fair share of that particular pie.

Last Friday and Saturday, four of the county's stud farms opened their doors and took part in the country's third consecutive Stallion Trail.

It's an industry that locally has made a significant and telling impact on our local area. Across the Barrow in Carlow, stud farms also opened their doors to the public.

Currently seven of the top ten sires in Europe are standing in Ireland and the Stallion Trail offered breeders the opportunity to see these great stallions, right before the covering season.

The stud farms in Kilkenny which opened were Annshoon Stud in Mullinavat; Ballylinch in Thomastown; Knockhouse stud in Kilmacow and Whytemount stud in Kells.

All local stud farms give valuable employment to their respective areas and are very much a key part of Ireland's rural economy.

One of those stud farms, Knockhouse Stud in Kilmacow, is a third generation, family run 450 acre stud farm.

Sean Kinsella, who succeeded his grandfather and father in running the family farm, has guided the careers of Roselier, Remainder Man, Beneficial and Taipan amongst others.

The 450 acre farm is now home to a team of stallions including Notnowcato, Libertarian and Prince Flori which offer breeders pedigree, performance and considerable return on investment.

This trio of stallions will be joined by sensational Group 1 Investec Derby and Group 1 Prix de l’Arc de Triomphe winner Workforce, who was trained by Sir Michael Stoute and also proven sire September Storm, for the 2017 breeding season.

Ten year old Workforce is out of Soviet Moon, an unraced sister to Saint Ledger winner Brian Boru and a three’parts sister to the multiple Group 2 winner Sea Moon. It is also the family of Grade 1 Alabama Stakes and Kentucky Oaks winner Flute and Qualify who is the winner of the 2015 Oaks. It is a Juddmonte family full of quality and with plenty of appeal to breeders.

“Workforce was a top–class race horse, and a horse with a race record and pedigree which is very scarce for National Hunt breeders,” Kinsella revealed

Workforce will be joining triple Group 1 winner and dual Group 3 winner Notnowcato, who won the Tattersalls Gold Cup, Coral-Eclipse Stakes and the Juddmonte International Stakes during his racing career.

Knockhouse Stud is also home to Group 1 winner Prince Flori. Kinsella said “Prince Flori is a lovely looking horse and gets good-looking foals. He has great action and is a fantastic mover with a scopey, long walk that he appears to be passing onto his foals.”

Group 2 Dante winner and Derby runner-up Libertarian, whose first crop are now yearlings is the son of New Approach and is the youngest sire at Knockhouse. “Libertarian is a gorgeous big horse who is really filling out and coming to himself now” Sean has commented.

The fifth sire to take up duties at the stud this season is September Storm, a son of Monsun with a distinguished pedigree. The great Monsun is an assured source of stamina as his progeny Almandin, Protectionist and Fiorente have won the highly sought after Melbourne Cup. September Storm is a brother to Shirocco, sire of Champion Hurdle winner Annie Power.

Three generations on, Sean runs a busy farm with his wife Geraldine and daughters Janet, Rachel, Susan as well as son-in-law James and Alan.

Sarah Gavin of Irish Thoroughbred Marketing said: “The Irish stallion trail has gone from strength to strength since its inception in 2015. It was fantastic to see such large numbers turn out and we would like to thank all the studs and their staff for taking part and providing visitors with a wonderful insight into an industry we are so proud to promote.”