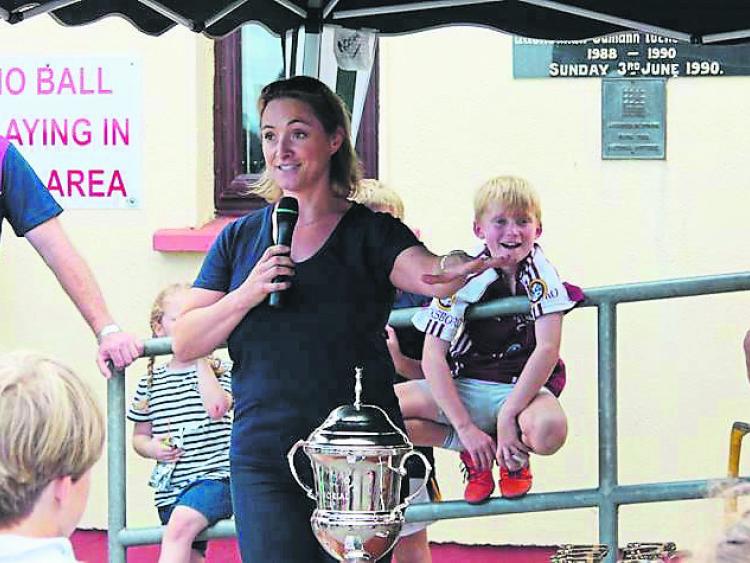 Emer Philpott addressing the gathering at the inaugural Denis Philpott Under 11 hurling memorial tournament in honour of her father with tournament coordinator, Pat Moylan on the back left

A big hearted Cork man who made a huge contribution to Gaelic games in Kilkenny was remembered on Saturday.
The Denis Philpott Under 11 Memorial Tournament honoured a man who left a positive impression on several generations of Dicksboro and CBS secondary school players.
His passion for hurling and Gaelic football was infectious and he would have been delighted with Saturday.
The brainchild of former Boro star, Niall Lacey, the event was a huge success and Denis’s daughter, Emer was on hand to say a few words about her father at the end of the day.
Cillian Buckley was present along with Tullaroan’s Tommy and Padraig Walsh.
The Dicksboro club came out in force to remember Denis and Palmerstown looked majestic. The he visiting teams from around the country were treated really well.
A wonderful programme was produced for the occasion which included a magnificent article on Denis by one of the country's best and most popular sport writers, PM O'Sullivan of the Irish Examiner.
Photos by Eilis O'Shea and Tom Beirne.