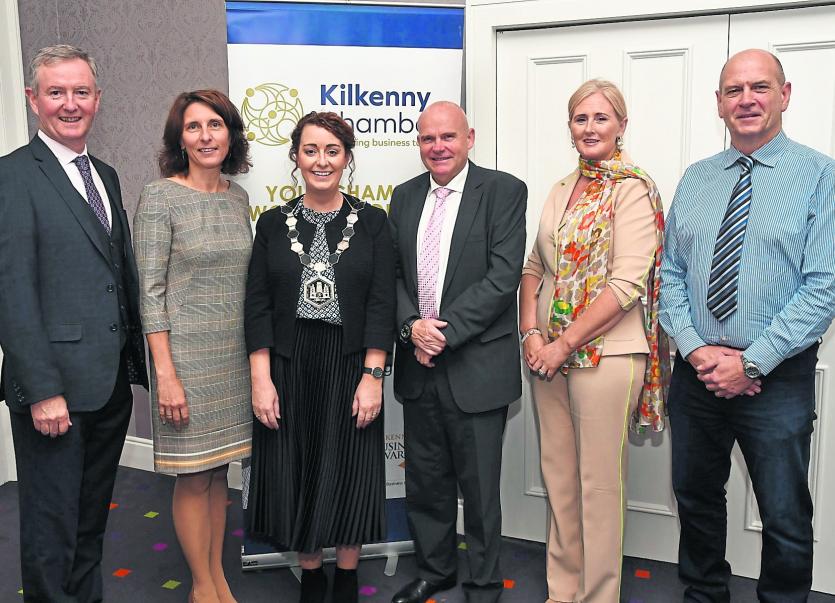 The German Ambassador to Ireland, Deike Potzel, has urged Kilkenny businesses and tourism to look towards Germany as the most viable solution to the United Kingdom post-Brexit.

After a visit to Asgard, a state-of-the-art modular cleanroom solutions company in Castlecomer, the ambassador noted that there is great promise for the future Irish-German business relations in Kilkenny.

“Europe is a natural fit for Irish producers and Germany has always been 100% behind the Irish position during Brexit negotiations,” she said.

“I am very pleased to see the immense progress in our bilateral relations following the Brexit referendum.”

Ralf Lissek, CEO of the German-Irish Chamber, argued that Kilkenny businesses caught up in importation and exportation dilemmas with the UK at present are better off approaching German suppliers and importers.

“We would like to substitute the UK as a supplier and export market with Ireland,” he remarked.

Ambassador Potzel also focused on tourism prospects in the region as figures show that after the UK and the USA, Germany provides the largest number of annual visitors to Ireland.

“Tourism is a prominent industry in this region and it’s well worth noting that German tourists tend to stay longer, travel more and make a habit of coming back.”

Ambassador Potzel also visited Taxback Kilkenny as part of her visit, secured and organised as a joint venture between Kilkenny Chamber of Commerce and the German-Irish Chamber of Industry and Commerce.