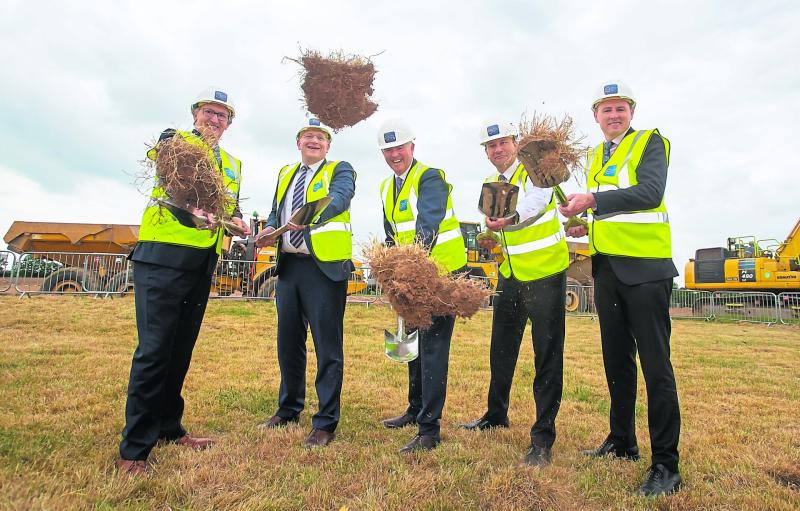 A multi-million euro project that will see up to 50,000 tonnes of cheese manufactured in South Kilkenny every year, is officially underway.

Tánaiste Leo Varadkar and Minister for Agriculture Charlie McConalogue were on hand to help partners Glanbia Co-Op and Dutch firm Royal A-Ware to turn the first sod at the Belview Port site.

There was a sense of relief and celebration at the event, following two years of legal challenges to the development’s planning permission.
The sod-turning ceremony was described as a ‘pivotal moment’ in the project by the Tánaiste and ‘a huge day in the history of the South East and rural Ireland’ by Glanbia Co-Op C.EO Jim Bergin. 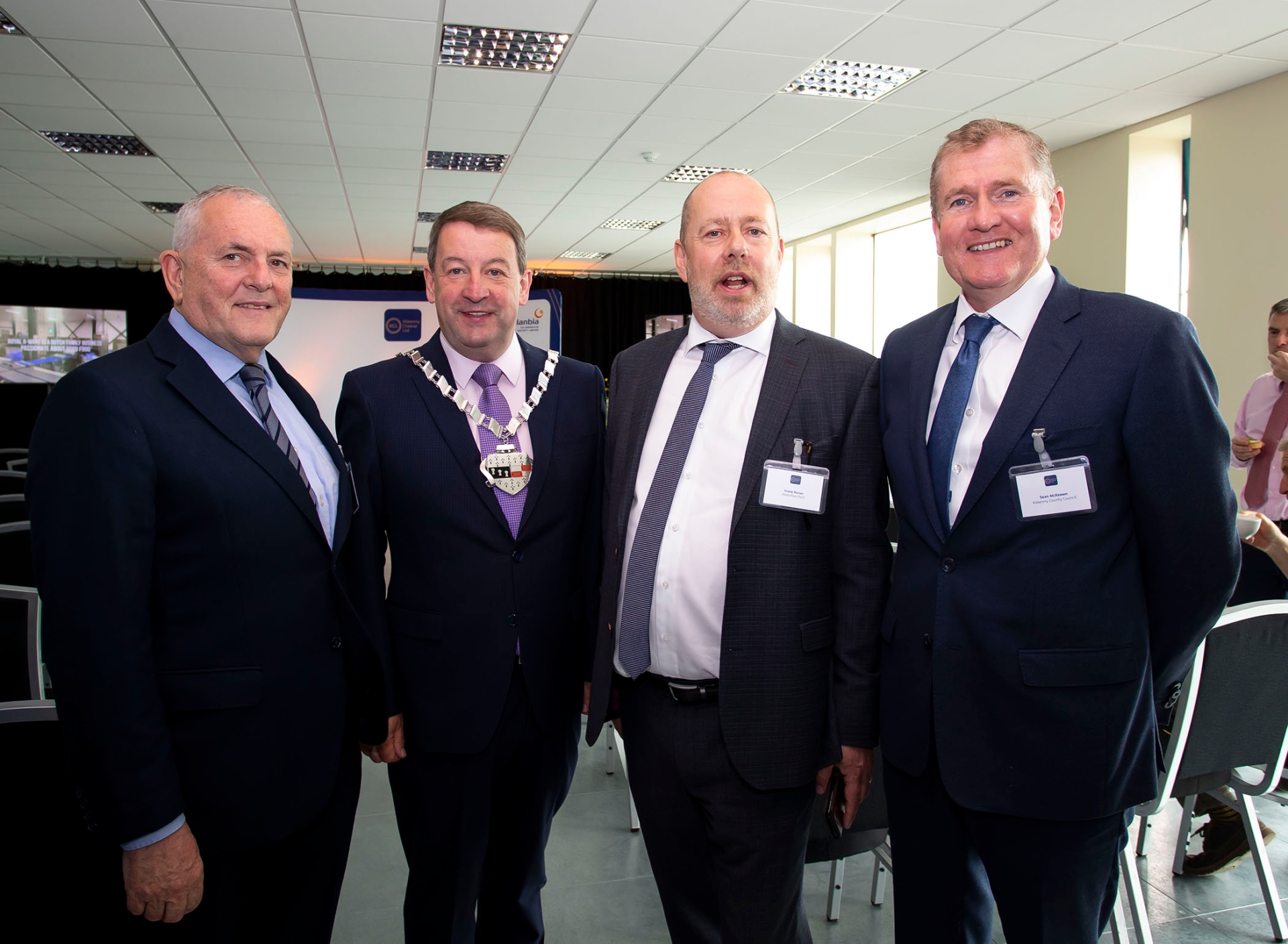 The new cheese processing facility is going to be a huge boost to the economy of the South East, and the whole rural Irish economy, Mr Murphy said.
“Dairy is something we are really good at. We have the resources, we have the climate and we have the people.”

He also reassured those gathered that Glanbia Co-Op are focused on reaching the 2030 environmental targets.
Farmers, he said, are the ‘original environmentalists’. They have a passion for the land, are adaptable and won’t be found wanting in the climate change agenda.

Tánaiste Varadkar thanked Enterprise Ireland and the IDA for their work on the project, as well as thanking local TDs who advocated for the project.
In the early days of the Covid pandemic there were worries about food supplies, but that never happened and the Tánaiste thanked the people in the food sector for that.
While the UK will always be an important market for Irish food, Deputy Varadkar said, we should not have ‘all our eggs in one basket’ and we want to sell into Europe, as this factory will, and the US markets. 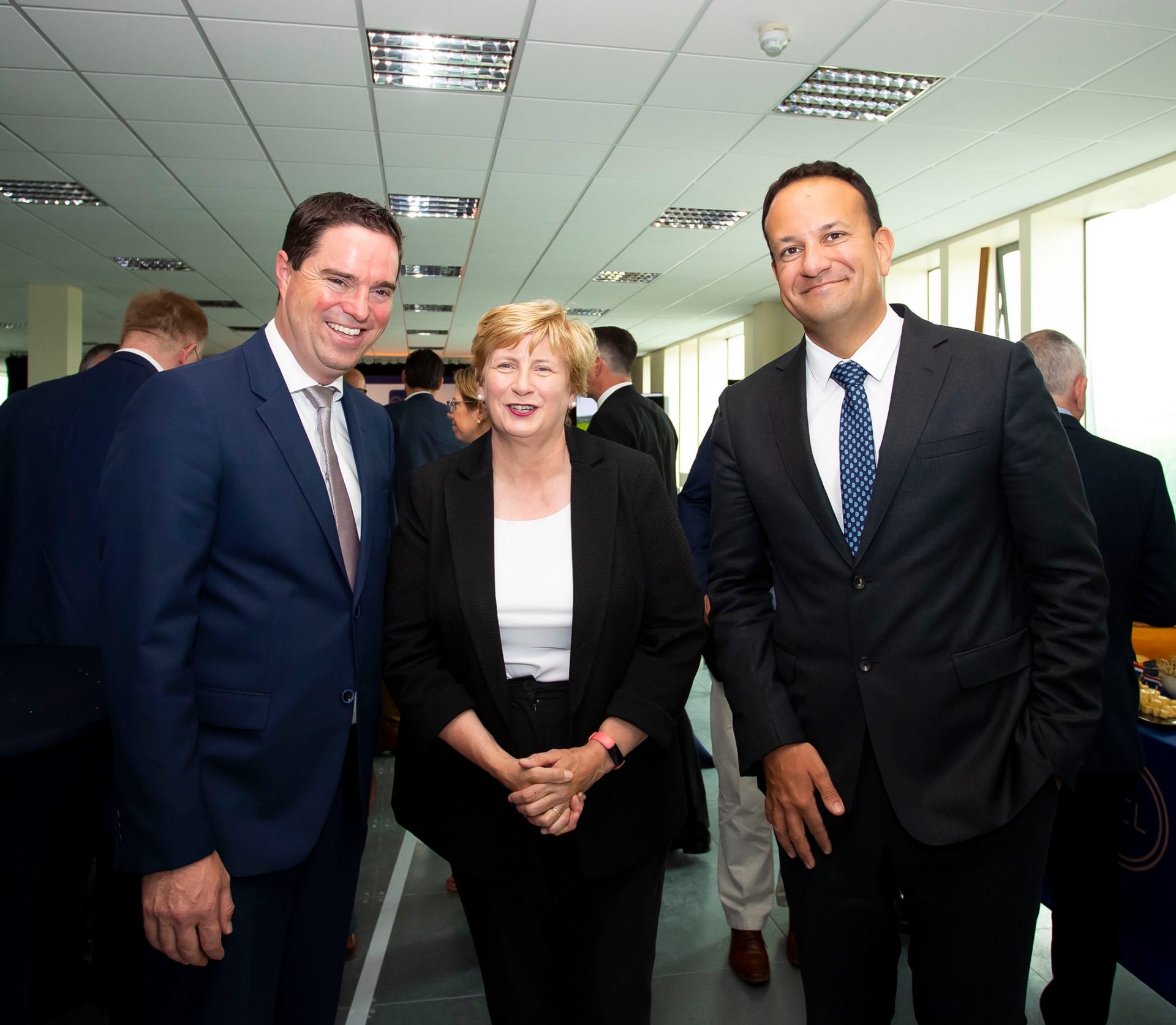 Overall, half a billion euro has been invested in the cheese factory project so far, the Tánaiste said, and the 80 permanent jobs being created in the completed factory will be fantastic for the area.
Describing the South East as a ‘catch up area’ that did not benefit from investment as much as it should have in the past, the Tánaiste said the cheese factory jobs along with recent job announcements at State Street in Kilkenny, job creation in Waterford and the creation of TUSE are contributing to the South East being one of the areas with the most growth in the last year.
“The project was the culmination of a lot of hard work by a lot of people,” he said.

Royal A-Ware CEO, Jan Anker, said it was a special day for his family business. This will be one of the most sustainable cheese factories in Europe, he said.
Royal A-Ware invest in the entire chain, from consumer to cow, and they value long-term partnerships.
Consumers all over the world will enjoy the cheese produced at this factory, from high quality milk, Mr Anker said.

Feeling the pinch? Here are 4 ways to build your financial resilience