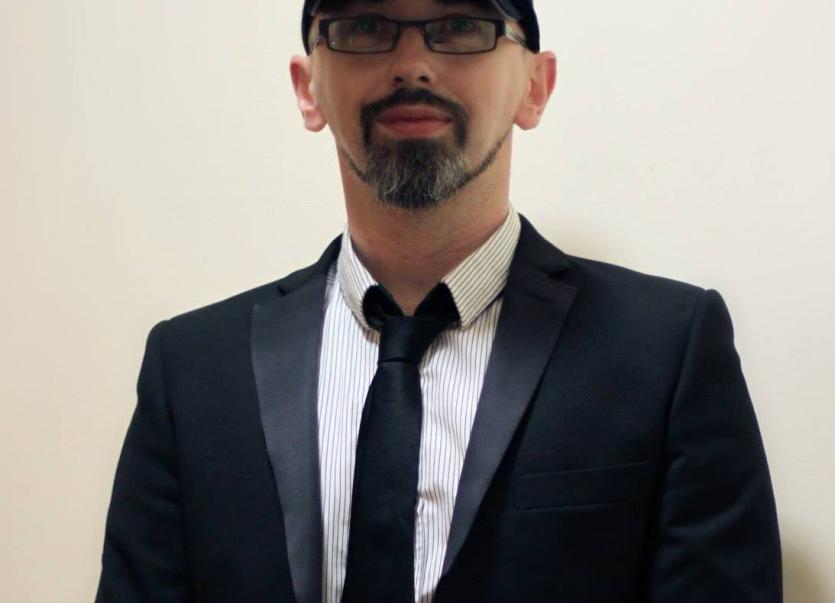 Callan filmmaker has had his first feature film selected for the Scandinavian International Film Festival after making the film on a budget of “just under €5,000”.

JK Marshall says he wrote, edited, directed, co-produced and scored the film which is also the only Irish film selected for Carlow’s Film Festival.

A low budget feature film called ‘Nameless’ - which was shot predominantly in and around Dundalk – the project was self-funded by JK and co-producer Alan Donnelly.

Speaking to the Kilkenny People, JK said: “I grew up on Bridge Street in Callan, where I first developed my love for film and story telling. The CBS had some amazing teachers and encouraged students to use their imagination and think outside the box when approaching how to tell stories. Kilkenny itself also has a rich tradition of story telling and creativity, its people usually know how to spin a good yarn.”

After finishing school he spent a number of years working in different jobs, but “never lost the writing bug”, so eventually he returned to college as a mature student to study film in Dundalk IT.

He said: “My final film made it into a number of national and international festivals, and was also the film that brought myself and some of the key crew members of ‘Nameless’ together. Our budget was so small (just under €5000 to be precise).

Anything not directly connected to improving production value was cut. Luckily, I had a great crew who worked with these limitations and did whatever jobs needed doing in order to get it made.”

‘Nameless’ itself is about a troubled homicide detective Charlie Grey (played by MJ Sullivan).

The basic premise of the film is about this detective who discovers something sinister while investigating a series of murders.

The story centres on five characters.

During the investigation he meets Fiona (played by Lynseyann Mulvey) and Jamie (played by Kealan Ryan) - they are a young couple who make vlogs, or video blogs.

The film’s description asks: “What is their connection to the case, will they be the next victims or are they somehow involved with the murders.

"With the help of Charlie’s partner Jack (played by Daniel Brady) and friend Michael (played by Barney Gadd), can he piece together the evidence and apprehend the killer before it’s too late.”

*Above is a screenshot of a moment in the film with homicide detective, Charlie (played by MJ Sullivan)

Speaking about the filming process, JK said: “It was a hard shoot as we had just 15 days to film everything and a ridiculously small crew. It’s my first feature but I’ve made a number of shorts before with members of the crew, which screened at the Galway Film Fleadh and various national and international festivals.”

He said: “I wrote the script including re-writes over six months, spent another four making props, scouting locations, casting and getting the crew together, the shoot was about two weeks and then almost two years editing, mixing and scoring it myself.

“It was hard work and I wouldn’t have achieved it without my wife, Andrea Kealy, who stepped into many roles in order to get it finished. At present I’m based in Dundalk so it made sense to film here, it’s also a fantastic place as the people are friendly and supportive, without help from them and businesses like The Home Bakery, The Phoenix Bar, The Oriel Centre and DKIT all of which we used as locations, The Good Buy who provided props and the gardaí and County Council who answered any questions we had regarding filming, we couldn’t have managed it (without their help).

When asked about the behind the scenes look at the film’s production, he added: “I wasn’t interested at the time as I just wanted to make the film and thought no one cares who we are, but you need that kind of stuff for promoting films so during the shoot whenever any of the crew had some down time (which wasn’t often) they’d take photos or shoot behind the scenes clips.”