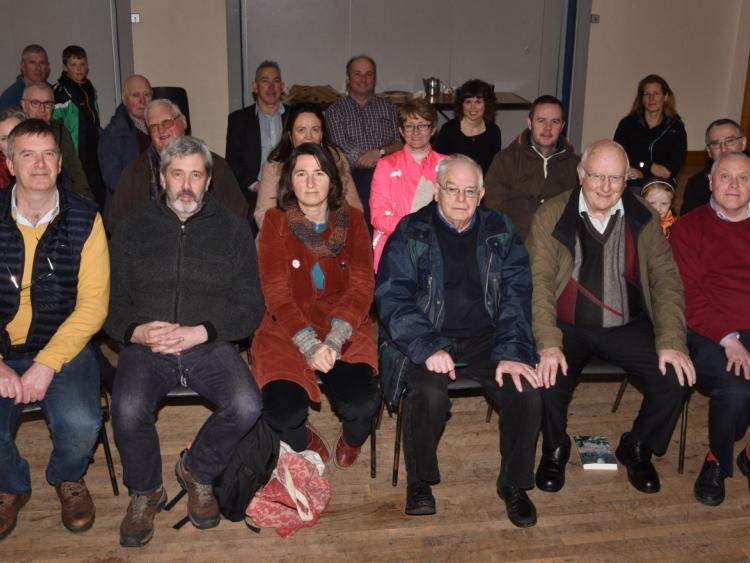 Some of those who attended last Saturday's Tidy Towns public meeting in Callan. Photo: Harry Reid

The rejuvenation of Callan Tidy Towns organisation began on Saturday with a public meeting in the town.
The local, hard-working group is calling for new members to help take on the work of making Callan look its best, and do well in the National Tidy Towns competition.

A small group, they have made progress in the town in recent years and feel new ideas, support and, of course, volunteers, would help the town make progress.
Callan was one of four Kilkenny towns and villages that did not enter the competition last year.

Chairman of Callan Tidy Towns, Mike Nolan, put out the call for all interested people and community groups in the town to get involved with Tidy Towns.

At Saturday’s meeting several new volunteers signed up to help and there was a good discussion with ideas for future projects for the group.

In their most recent report, 2017, Tidy Towns adjudicators praised the work being done in the town.
Limestone signs and on the approach roads to the town were praised for giving a good first impression; the built heritage of the town was described as “attractive” and landscaping around the town was praised.
The adjudicators also gave some pointers for areas to work on to improve Callan’s Tidy Towns score.

Family of murdered Mum heartbroken over recent parole board decison