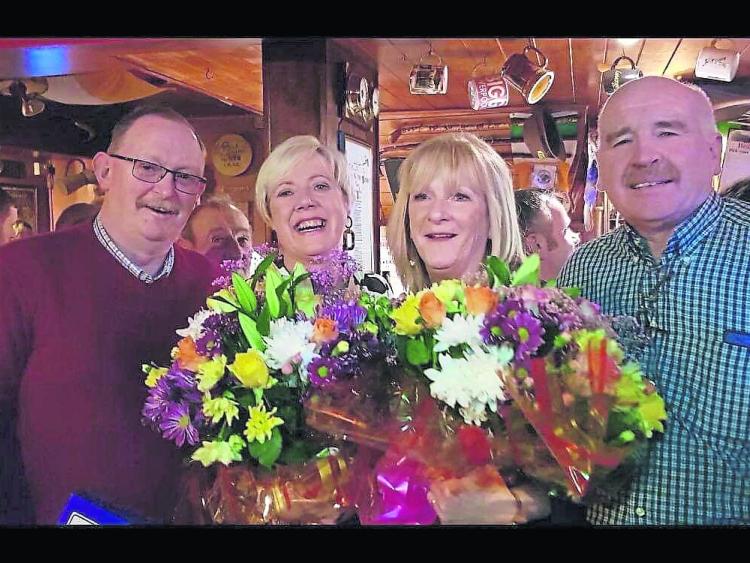 Last Saturday at the Cosy Inn Jimmy Doheny and Ray Tobin blew out the candles on the cake that announced their retirement from Callan Fire Service. It was to be the last flames they would quench as fire officers.

Both men have given a combined total of over 60 year’s service as part time fire officers with the Callan Station. When they both started out they served in the old fire station with just one fire tender at the station while today at the ultra modern station house there is now two tenders and support vehicles.

Chief Fire officer John Collins came to wish the two men the very best in their future’s. Senior Assistant Chief Fire officer Frank Dunne spoke about the commitment required from fire-fighters and families to keep the communities safe and said that both Jimmy and Ray epitomised everything that is good as volunteer officers.

Jimmy and Ray were joined on the night by their wives Mel and Bernie who are also sisters as well as their extended families for a wonderful party night.

The crew at Callan Fire Station made a special presentation to the lads while both ladies received two amazing floral bouquets created by Dearbhla Doheny. The very best wishes to both lads in their retirement.