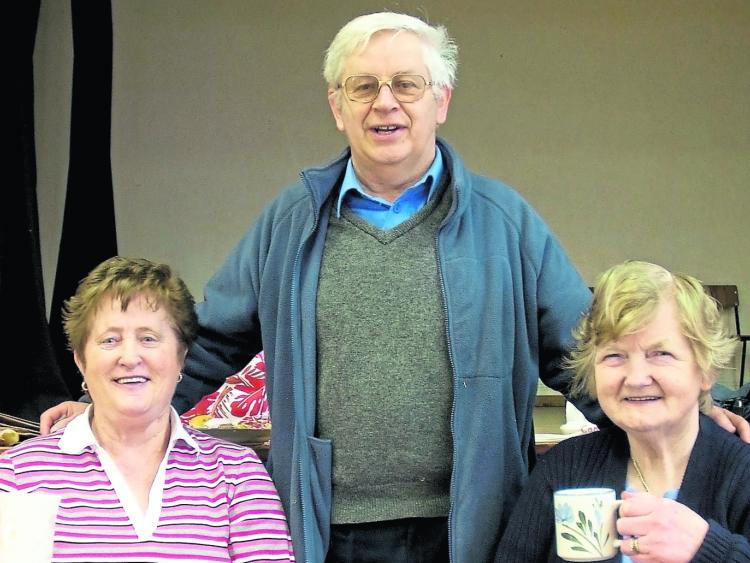 Cocooning himself now, Fr Willie thinks isolation would have been very difficult if we were facing into this from last November.
Being able to go out into the garden is some form of therapy, he says.

Day-to-day life has changed for Fr Willie in recent weeks. For a while mass was broadcast on radio from Callan, and it had quite a following of older people who prefer a local voice, but that had to stop when, like all those over the age of 70, Fr Dalton began cocooning.
“From the point of view of a priest’s life, apart from meeting people and being able to celebrate with them, it’s not baring heavily on them. They are used to being on their own. Their life has always been a semi-cocooned type of life.”

The biggest issue for Fr Dalton’s ‘job’ is the issue of funerals. “People are lamenting they can’t have what they regard as a typical Irish funeral. It’s one of the biggest points of suffering.”
Only 10 people are allowed in the church at any one time now. Initially it was 100 people but some smaller churches didn’t have sufficent space to allow for social distancing.
There was one large funeral in Callan in recent weeks and people formed a guard of honour along the street instead, to show respect.
“By and large people are very conscientious and respecting the restrictions, to protect themselves and everybody else from this virus,” Fr Dalton said.

Before the restrictions came in Fr Dalton would regularly call to people in nursing homes and people who are sick. “I miss that,”he said.
Especially with Easter weekend, Fr Dalton missed his Holy Thursday and Good Friday visits to the housebound.
Easter religious ceremonies would usually mean a packed church in Callan, but this year ceremonies were streamed on a webcam instead.
Fr Dalton said people are missing sport and being able to go to places like garden centres. But there is positive news for local shops that he said are busier because people can’t go into Kilkenny city.
The coronavirus has also sparked a memory for Fr Dalton, who remembers his own father talking about when the Spanish Flu hit Ireland 1918 - if it came into a house in the morning there could be two or three dead by the evening.