Councillors call for creation of Heritage Trail for Callan 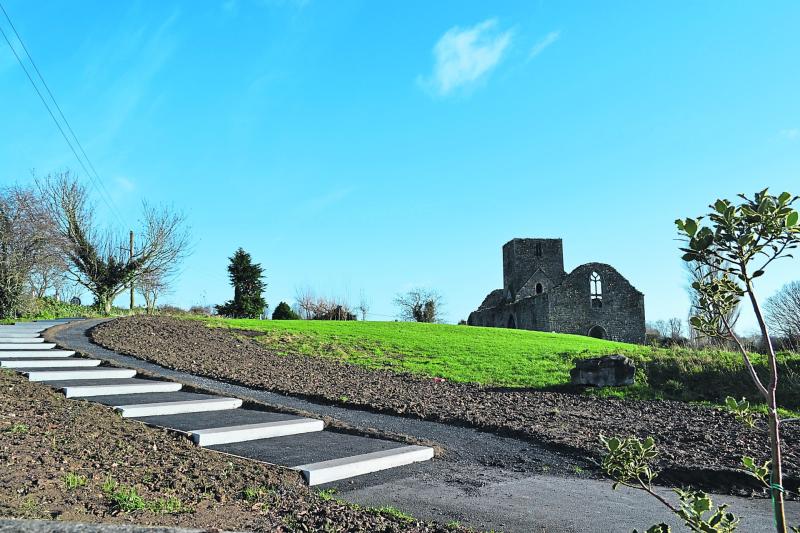 The abundance of interesting sites in Callan would make an attractive heritage trail, a local councillor has proposed.

Cllr Joe Lyons has suggested the trail could start from the Cherryfield famine graveyard, south of the town, continue through the town past the former workhouse and St Mary’s Abbey, into the new walking path in the Moat Field, and on into Westcourt.
There are also other sites of interest that could be included.

The many historic sites in Callan would make the trail a good attraction for the town, Cllr Lyons said, at the recent meeting of Callan Thomastown municipal district councillors.
He asked that the local councillors have a comprehensive discussion on the plan at their next monthly meeting.

Heritage
Input will be sought from tourism and heritage experts in the county to inform the plan, councillors agreed.
Cllr Chap Cleere, chairman of the Callan Thomastown municipal district, said he would invite a representative from Trails Kilkenny to give a presentation to the councillors on heritage trail plans for the whole county.

Director of Services Mary Mulholland advised councillors that they should be very clear on what they want the trail to be.
Tourism
She also suggested inviting Martina Comerford from Kilkenny Tourism to a meeting of councillors.
Ms Mulholland said the councillors should have a good discussion about what they want at their next meeting.
Funding will have to be found for the trail, because good signage that will last will be costly, she added.

A heritage trail in Callan would be worthwhile, Ms Mulholland told councillors, and it has been identified as a goal in the town development plan. Cllr Matt Doran seconded the proposal, saying it would be great to see a heritage trail in the town.
A full discussion on the matter will be held at the next meeting of Callan Thomastown municipal district councillors, it was agreed.