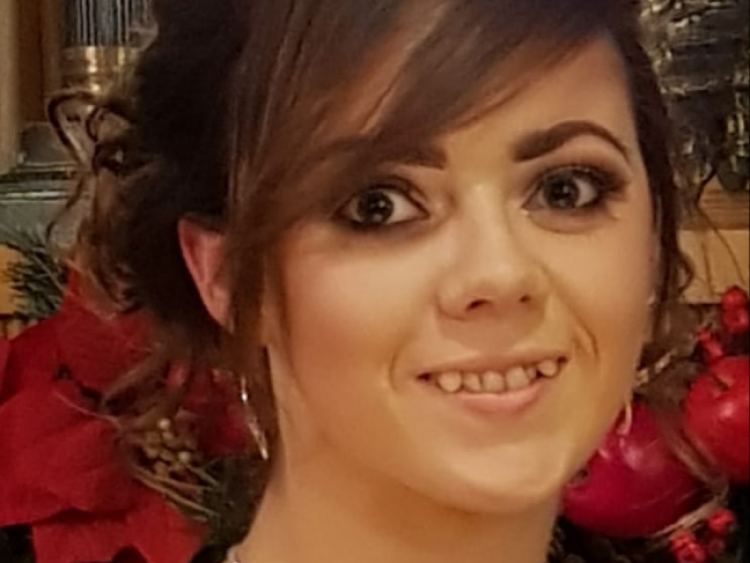 Gillian, a native of Castlecomer, is following in the successful footsteps of a south Kilkenny woman who took the overall title last year - Josaphine O’Neill representing Callan Macra.

The North Kilkenny Macra branch was first set up just six years ago and Gillian was one of the founding members.
Currently working as social care worker in Portarlington, Co. Laois. Gillian has held many roles in the local and national Macra organisation.

She was Development Officer with the County Executive, helping clubs, especially new clubs, with ideas for events and activities, getting involved and coming up with their own ideas.

She has helped organised “the Cube battle of the clubs” fundraiser for two years.
She is also part of Mr. Personality committee since 2015.

In 2014, Gillian represented Kilkenny in the Blue Jeans Country Queen Festival, only a few months after she first joined Macra.
She says that was an amazing weekend festival and she made lifelong friends there.
Through her involvement with the organising committee she met her boyfriend, and she says she learned a lot through taking part.

Macra, Gillian says, has lots of opportunities for people.
After several years of organising events this year Gillian will be a contestant again.

She thought about taking part in Miss Macra early this year, and it was in March that she was named as the Kilkenny representative, after an evening of private and public interviews on Macra’s titles night.
Gillian has already met some of her fellow contestants, when she attended the launch night at the Anner Hotel in Thurles, on July 12.

She said it was nice to catch up with old friends and make some new friends.
From Clogh, Gillian is the daughter of Johnny and Sheila Lawlor. She has one sister, Caitriona, a little nephew Johnny, and is also being supported by beloved family pet Roxy the dog.

She went to primary and secondary school in Castlecomer before heading to Waterford Institute of Technology for third level.
24 contestants representing 20 counties (including Switzerland!) will travel to Tipperary to compete for the honour of being crowned International Miss Macra 2019.

Various fun activities will be taking place over a jam-packed weekend where supporters are always welcome!
On Friday, a Charity Night will be held in Coffey’s of Stouke, Rossmore with all door proceeds being donated to South Tipperary Hospice.

On Saturday, Gillian and the other contestants will take to the stage to be interviewed by Spin South-West DJ Valerie Wheeler followed by music from ‘Heart and Soul’ and DJ.

On Sunday, a gala banquet will be held in the magnificent Anner Hotel, followed by music from ‘Silver Dollar’ and DJ and crowning of International Miss Macra 2019 at midnight.
Gillian said she is really looking forward to the event.