Sean Keane: Kells and its priory could be a huge attraction 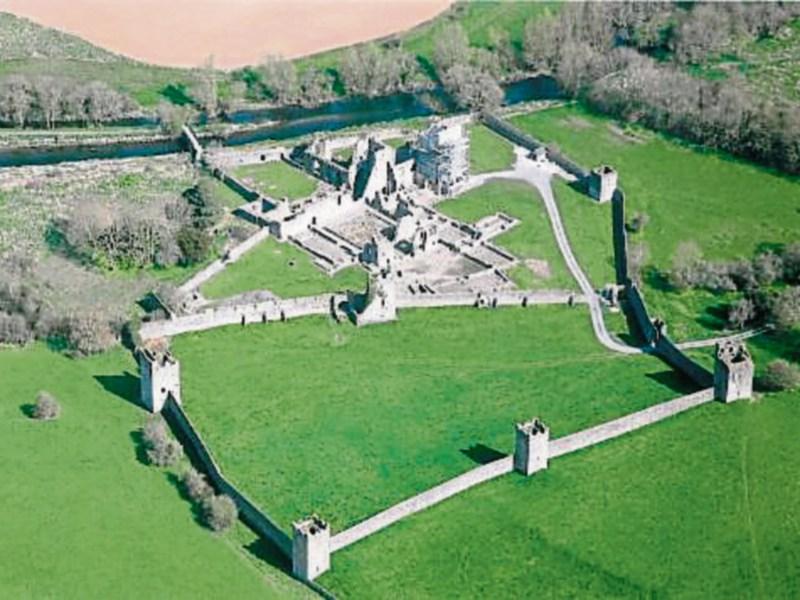 Why isn't the magnificence of Kells village and its Priory prioritised?
Why hasn't the State, through one of its organs, done more to promote this village, its priory, mills and Kilree Round Tower.
Its potential remains untapped.
It is the largest enclosed, ecclesiastical site on the island.
It is breathtaking, with the towers and walls giving you an insight into what an important place it was in medieval times.
Yet, there is very little to entice visitors out there and when you get there, there is a little information hoarding that is faded and looks very amateurish.
The car park is small and hard to get in and out and there is no defined path into the priory.
If the place was in Kerry, the Healy Raes would have secured millions of euro in EU funding to make into a major visitor attraction. I have long felt that an interpretative centre focussing on the Normans and going all the way up to the Tudors, the dissolution of the monasteries into the 17th and 18th centuries would be a huge addition.
Kells is a great little village, but it is struggling a little and a major yet thoughtful improvement in access and egress, with public toilets and a proper viewing area and car park, would greatly add to the attraction of this fabulous place.
Hutchinson’s Mill, below the priory on the Kings River, is another place worth exploring.
And less than three miles away is Kilree, where a trio of treasures stand - a round tower, an ancient church and a high cross where a king may or may not be buried. Adding to the mystique is a fourth, natural phenomenon — a Ballaun stone going back to pre-historic times that was used by the first inhabitants of this island to drink from an for pagan idolatry.
There are visitors to this country who love this kind of place and it is sad that there are so few signs for Kilree as you come from Kilkenny — or from anywhere, for that matter.
The Office of Public Works (OPW) is doing its bit. In 2015, there were no visitors to the priory. In 2016, there were 3,488 after the OPW tours started there.
That figure could easily rise to 50,000 or even 100,000 annually.
Breda Lynch is a Kilkenny woman who has responsibility for a number of OPW sites.
She has spearheaded the campaign to open up Kells Priory to the public.
Again this summer, the Priory will be open in July and August from Wednesday to Sunday inclusive for guided tours. Check the Jerpoint Abbey Facebook page for details or telephone 056 - 7724623 or 087 - 0675783 for more details.
Tourism gurus will tell you that the city needs more attractions in the county to keep visitors longer in the city and therefore increase the spend.
The OPW has spent a lot of money and put a lot of thought into its restoration of the priory and they should be applauded for what they are doing.
So where is the problem? For a start, our politicians have paid enough lip service to this place. They need to raise their voices and fight for funding for Kells, to bring more people and improve the local economy.
We now have a junior minister, John Paul Phelan, and we are asking him to use his influence on behalf of the people and the place. Surely EU Commissioner, Phil Hogan, has access to some scheme to benefit Kells.
The future of Kells village may well depend on the development of the priory, the walkway down into Mullins' Mill and back around by the bridge.
The OPW are doing their bit — but there must be a co-ordinated plan involving all tourism stakeholders. If not, Kells will remain an untapped resource,