Kilkenny - a city that got its streetscape right

The city's residents and tourists are incredibly fortunate to have had so many right decisions made at local authority level with regard to how the streets look and feel. 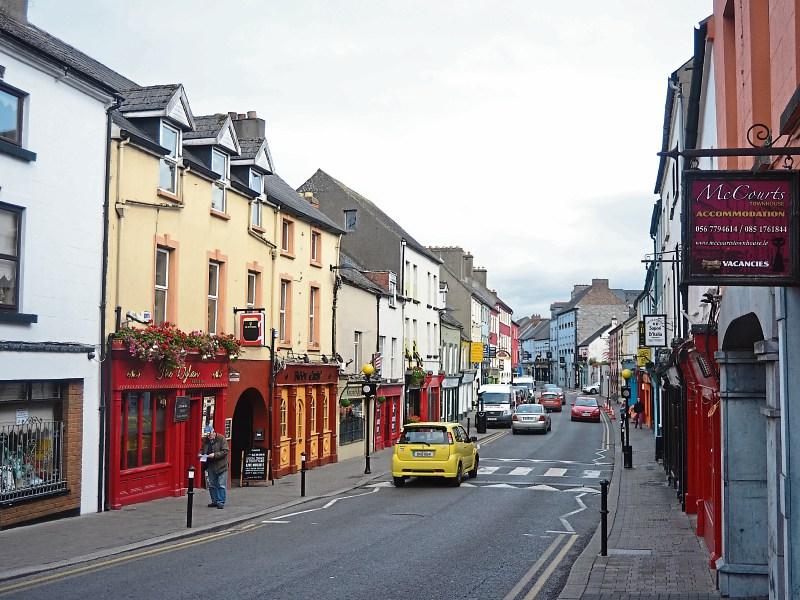 The city “smells like steaks on stones,” was how I described Kilkenny to a friend of mine who asked me recently what the place was like.

Everybody – whether they know it or not – has an emotional reaction to the public space they're in and Kilkenny, from a pedestrian point of view, at almost every turn it elicits a wonderful feeling.

It has embraced its medieval roots and energised the narrow lanes across the urban area which act like the arteries of the city and most important of all; they feel safe.

Just this week, people on social media began highlighting the many issues around Dublin city which include discrepancies in street signs, obstacles for pedestrians and poor design in general.

I can see no such issues in Kilkenny. The city's streetscape and furniture is inviting, well-kept and offers a positive emotional reaction for the most part.

A widening of the pavement on Rose Inn Street, for example, might not be a bad idea.

Anyway, I'm nitpicking now. In the city centre, there's a general feeling that you're welcome and you being there is important to the city.

I've heard one friend of mine remark that if you can ignore the weather on occasion, it feels like being abroad when you're in the city. It just has that feel to it.

The medieval mile and its marketing helped with tourism - with street signs also redesigned to help promote the initiative and their design is appealing, although I'm told they caused quite the controversy at the time.

Some of the old cast iron black street signs were held on to – an important compromise – with places like Friary Street getting both the maroon and white and holding on to the old sign.

But the signs as they are now, the maroon and white ones, they are pretty and offer consistency.

From my experience of the place in general, Kilkenny's residents and tourists are incredibly fortunate to have had so many right decisions made at local authority level with regard to how the streets look and feel.

There are plenty of restaurants and pubs serving Irish stew in enamel bowls, quality food, with a frequent offering of music filling up the streets – including a healthy cohort of talented buskers.

However, one of the issues the city faces – as far as I can see – is traffic. It's a consequence of having attracted investment from big companies - which deliver jobs and this in turn leads to people coming into the town with many of them working out on the ringroad.

In all probability, there are parts of the city where you'll see two or three red lights before you make a green. It's not a big complaint to have, you might tell me to just leave a little bit earlier, but “steaks and stone” aside, it adds to my perception of Kilkenny as a tough place to go in a car.

I see it as a tight place to get around - particularly in the heart of the city - and one where you rely a lot on the kindness of others.

Last Friday I was turning left out of Ormonde Street and looking to turn right on to The Parade, now that's a traffic nightmare for anyone.

I would still be there today were it not for the kindness of another motorist. If you get parked up, hit the streets and it's a dream, but be prepared to be stressed out by the process of getting a space for your car.

Despite all of this, Kilkenny is still an inviting city for anybody to come into and while there are many who would say there is a lot more to improve on - kudos to those who got it to this stage.