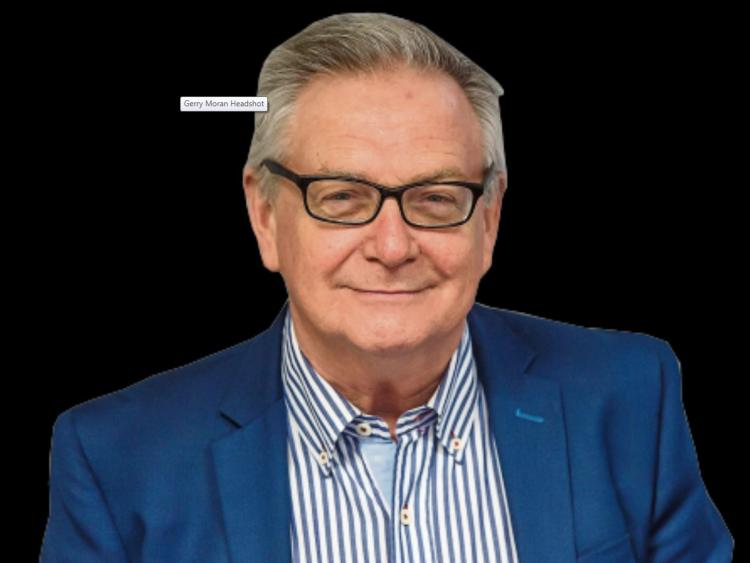 ‘Two things’, he said. ‘happen to a man’s body as he grows older.’ ‘Only two? I can think of twenty-two’, I say. ‘Two things happen to a man’s body as he grows older’, he repeated, giving me the bad eye for interrupting, ‘What da?’ asks one of our company. We are perched on our barstools; we have exhausted the subject of sport and need some topic or other to fill the hiatus in the conversation. ‘Growing old’ will suffice not least because none of us are too young – in fact we’re old and are naturally curious as to what happens (happening perhaps as we sit on our stools and sip our pints) to our unfortunate bodies as they grow older.

‘Firstly’, continued our man, ‘the belly grows bigger (no argument there as we all take a quick peek at what lies below) secondly, the cheeks – the lower ones to the rear that is – shrink’. We’re not entirely convinced. And there’s no point in us looking over our shoulders as those cheeks are firmly planted, flattened actually, on our barstools. ‘Is that’s it?’ we ask. ‘Not quite’, says he. ‘As the bum goes in and the belly goes out this puts a bit of a strain on the innocent trousers.’ ‘Is that a fact?’ someone asks rather sceptically. ‘Fact’, we are assured. ‘This polarisation of belly and bum as we progress through life poses a bit of a problem with the trousers’. ‘How’s that?’ we wonder. ‘The problem is: do you wear your trousers below the belly-bulge which simply accentuates the bulge or do you wear it above the bulge, up around your belly-button, which leaves you looking like an imbecile. ‘You wear it in between’, I suggest, ‘ON the bulge. With a belt’. ‘That’, says my man, ‘is not an option.’ ‘And why not?’. ‘Belt or no belt, your trousers will keep slipping down and you’ll spend half your day hauling it back up’. ‘Hate that’. ‘Me too’. We all hate that. The hauling up of trousers all day is not a runner. Though we’ve all done it. ‘Only one solution, gentlemen, and our fathers, and their fathers before them, had it sussed.’ ‘What da?’ ‘Braces, galluses if you prefer, that’s if you’re familiar with the word.’ We’re familiar with the word alright. We’re old for Godsake which is why we’re giving our man and his theory so much bloody air-time.

‘It takes a certain type of man to wear braces’, someone opines. ‘A fat man’, someone quipped. We sort of laughed. Sort of because there are no slim Jims sitting at the bar. ‘So what sort of man wears braces these days?’ The question hovered in mid-air for a while. ‘A brave man. It takes courage to wear braces in this day and age.’ ‘Courage! I think it’s a fashion statement meself.’, someone suggested. ‘FASHION STATEMENT! Ah Jaysus, lads, when did braces become a fashion statement?’ ‘Since James Bond wore them in Skyfall, and Spectre, and Hugh Grant wore them in Notting Hill and your man Gordon Gekko wore them in Wall Street’ ‘Gordon who?’ ‘Michael Douglas. Michael Douglas.’ ‘And sure Larry King wears them all the time.’ ‘So does John Travers.’ ‘That’s it then, only celebrities wear braces.’ ‘Not quite’, says our man who kick-started it all as he opened his jacket, smiled broadly, and twanged his ox-blood coloured braces. Or should I say – galluses.

And there the matter should have, would have, rested; the perfect finale to a typically imperfect, rambling bar-room exchange, were it not for a member of our company who sat silently sipping his pint while all around him (namely us spoofers) vaunted their opinions. It was only when the dust had settled, so to speak, and we’d exhausted the Q&A session about our man’s braces (how much, where’d he buy, what does the missus make of them etc. etc.) that he spoke. ‘For Christsake, lads, what’s all this tripe ye’re going on with about braces and galluses, ye don’t need them, have none of ye heard of the elasticated trousers waist – sure it’s the next best thing since the sliced-pan’.