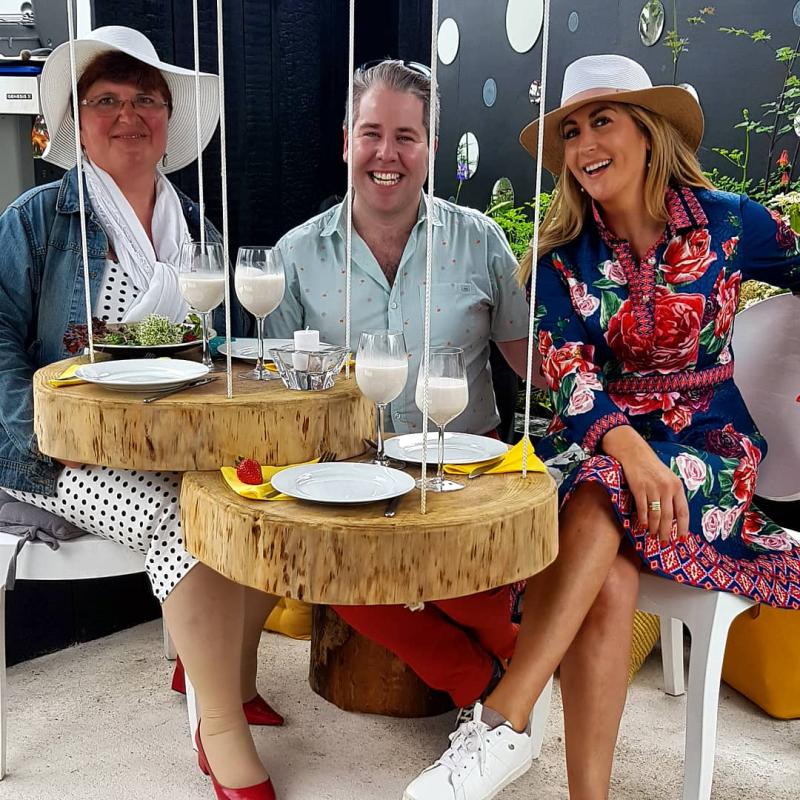 Blooming Marvelous in the Park

It was my first time to Bloom and I wasn’t disappointed as I attended the opening day in Phoenix Park. Plus everywhere I turned, I bumped into Kilkenny people involved in food, craft and of course gardening!

Ireland’s top chefs were busy at cooking and barbequing demonstrations with Kilkenny’s Edward Hayden promoting the best of Irish cuisine for Bord Bia. Familiar faces too popped up at Agri Aware and at the Design & Craft Council of Ireland’s Irish Craft Village . 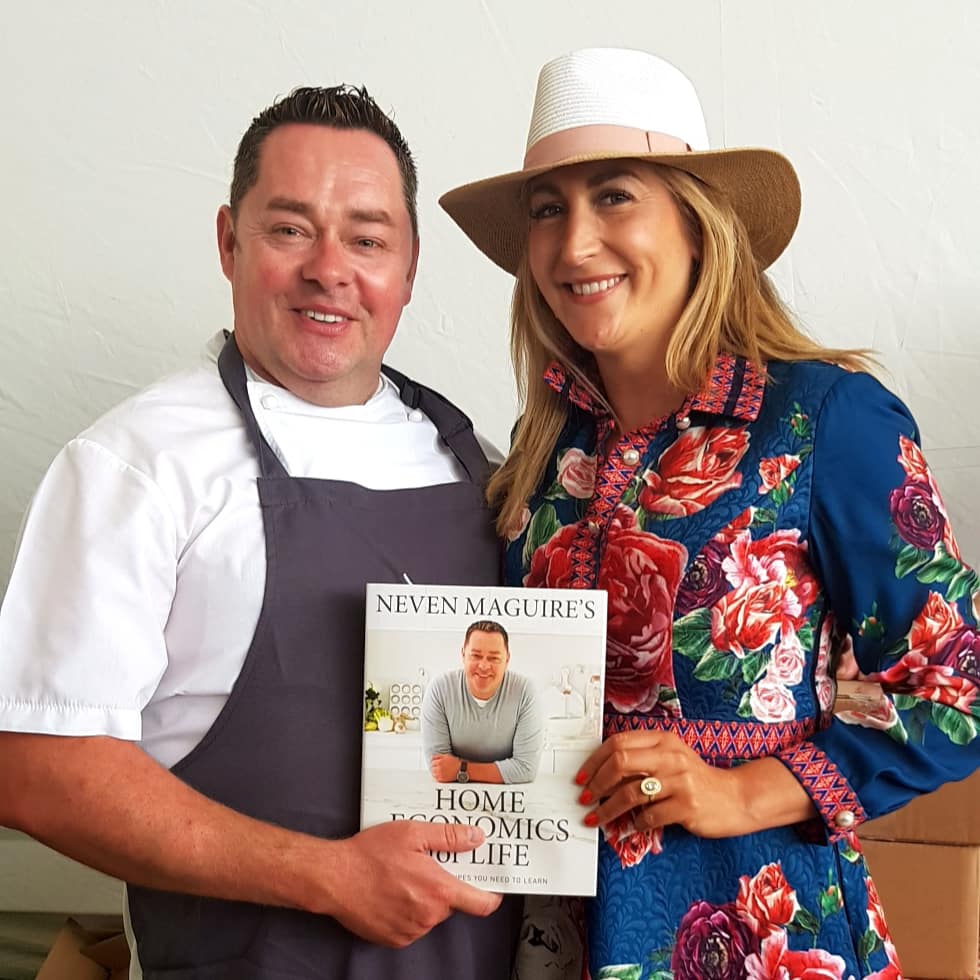 The show gardens were the real deal and it was nice to take five minutes out to sit with the multi award winning designer Tünde Perry in her show garden especially designed for the Marie Keating Foundation ‘Breath of Life’ lung cancer campaign.

Another show garden on display and with a Kilkenny connection was the Irish aid agency GOAL’s entry. Titled "A Chothú agus a Chosaint", meaning to nurture and protect, the GOAL garden charted the harrowing journey of millions of people who are uprooted from their homes every year due to war, conflict or natural disasters.

GOAL’s Senior Communications Manager, Kilkenny native Miriam Donohoe, said the garden theme put a spotlight on the migration issue and educated the public in what is a massive global problem. “We have seen the harrowing images in the media of migrants and those displaced from their homes making hazardous journeys to places of safety. Our inspiring garden, designed by Adrian Eggers, powerfully told their story and really touched the hearts of the thousands who saw it over the five days of Bloom.”

At the end of a marvelous day it was lovely to see the welcoming smiles of Trish Murphy, The River Court Hotel and Jimmy Walsh, Kilkenny County Board at the Kilkenny Tourism exhibition stand. One question that popped up all day was “does Kilkenny have a garden trail?” Maybe it’s time we do and put our green fingers to work!

This week’s hero is Noel Devlin, Club Community Rugby Officer for Leinster Rugby. Last Friday Noel and the Kilkenny Rugby Club Disco Committee pulled off another successful end of school year party for 1,847 first and second year students. The teenagers travelled from all over the South-East in bus loads for the renowned Kilkenny Rugby Club discos. With a team of 111 supervisors and Garda Liaison Officers on site the kids were able to dance the night away in a super safe environment. Now in their tenth year, the Rugby Club Discos prove to be a vital fundraiser as well as a great social outlet for our teenagers. Ten discos are run every year with food, water and mineral bars provided and music by DJ Kavanagh. 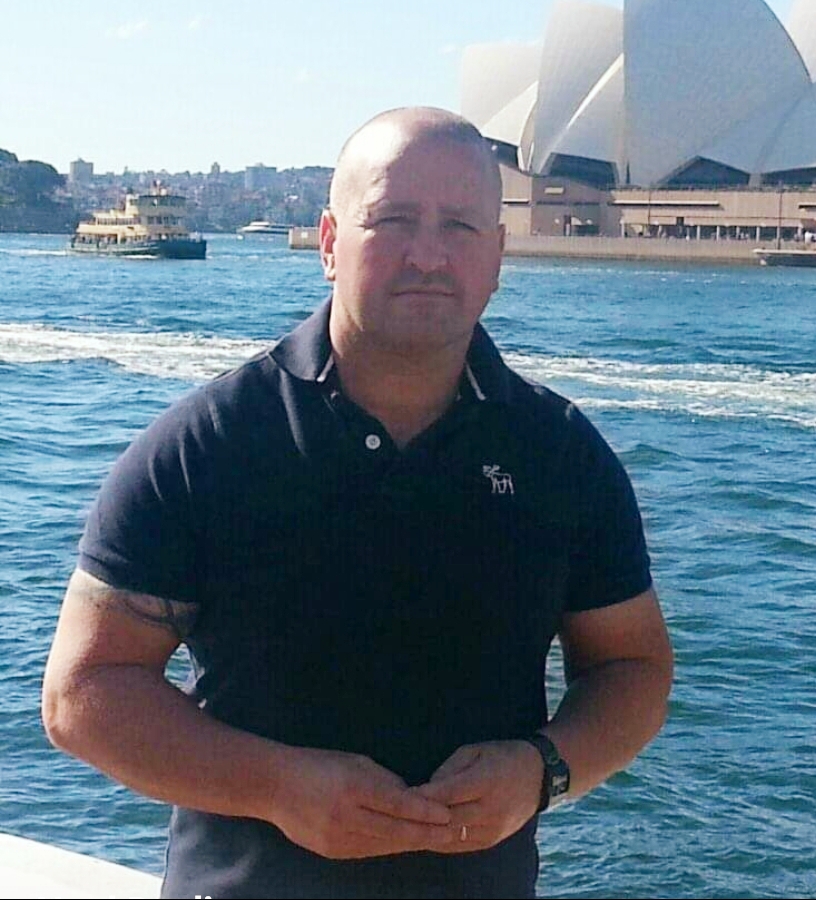 On your bike for Teac Tom

Over sixty people took part in the 24 hour Teac Tom Cycle last Friday and Saturday. The teams were made up of staff from Lyrath, the Army Barracks and Kilkenny Hockey Club as well as individuals who cycled happily throughout the day and night.

It was all down to the hard work of Angela Hayes, who told me “it’s a great experience to see all the community coming together and supporting the challenge around suicide. We reach out to nearly 100 people a week in Teac Tom and it’s so vital that we fundraise and raise awareness to keep the doors open as we don’t get any Government funding at all.”

Throughout the cycle orange ribbons were tied to the gates of the Town Hall to represent the lives lost to suicide and it was certainly very visual when the gates were almost full at the end of the 24 hour cycle. www.thethomashayestrust.com

For Suzie O’Neill, creator of award winning Irish makeup brand AYU, it’s all about enhancing what you have and not masking it. So I decided to check out Suzie’s tips and tricks to create a natural makeup look as I’m not a fan of too much make up because it instantly ages me! Hence last week I attended my first ever make-up demonstration in Lyrath to see Suzie in action.

The class runs for two hours, where Suzie does a full demonstration on her model, from a busy mam with not much spare time in the morning (like me), to a full on night time look (like me too!). Follow Suzie and her make up tricks on her on line tutorials or visit her website www.ayumakeup.ie 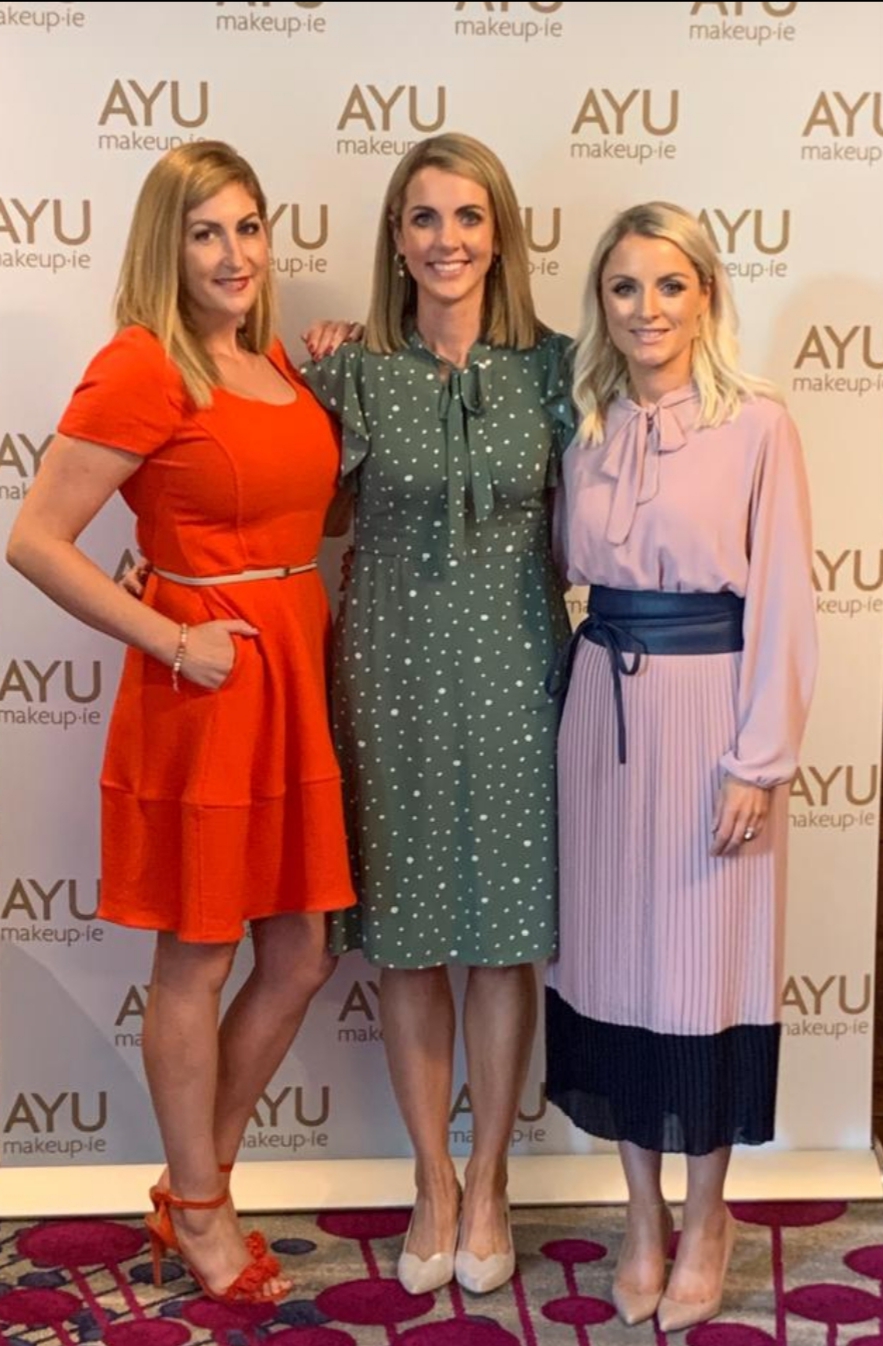 Summer on the Patio at Butler House & Garden got off to a flying start last week with the introduction of their new Al Fresco BBQ Menu. Enjoy their fabulous and historic courtyard garden with stunning views of Kilkenny Castle. This space will add a touch of urban chic to any corporate or social event. Menus range from €15, €20 and €27 per person with all fresh and locally sourced ingredients prepared by Head Chef Ger Dunne. Check out Butler House Facebook page for more details and dates on their open evening BBQ’s or call 056 7722828.