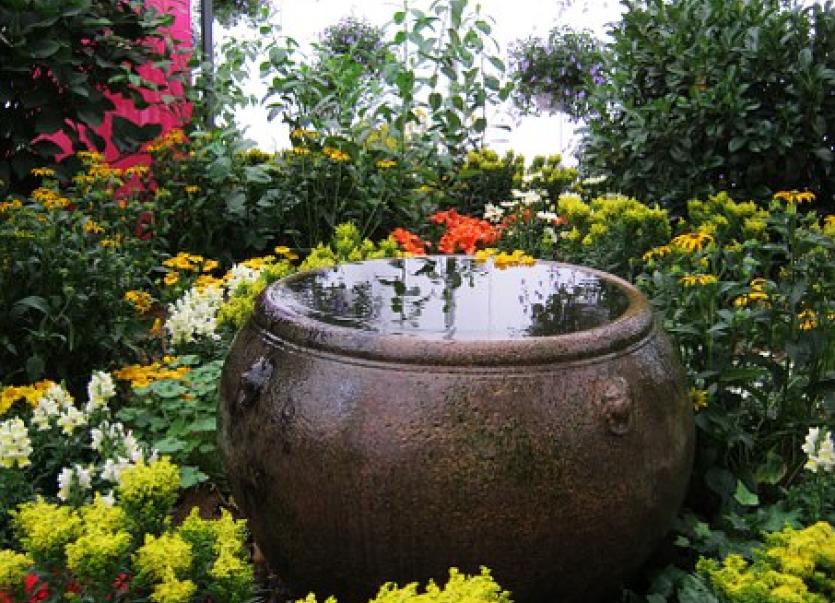 This is the time when we ready ourselves to finally settle into summer. Not that we can expect to find ourselves basking in sun or anything so exotic, but the chances are that over the next week or so we can finally put the summer garden on show by planting out those summer glories, the tender annuals. Depending on your type of garden and the things you like to grow, this might mean you are on the verge of at last, being able to hang up your beloved window baskets and settle the window boxes out on their ledges –with confidence that there will be no more frost . You can finally put together that great fancy arrangement of pots and containers full of the annuals you bought weeks ago in the garden centre, or, more impressively, grew from seed. These are plants like cosmos, nemesia, helichrysum and petunia.  Rather like unspent money, burning holes in your pockets, they have been annoying you over the past few weeks, lurking around the  greenhouse or sitting in the porch, or on the floor of your bright kitchen, taking up space. True, you got to put them out during the day, standing them on upturned buckets and the like, hardening them off, getting them used to a bit of wind and the occasional chill. But it was a bore. And on the one or two times that you forgot the bring them in last week, you woke up with a start, wondering if they would be scorched by the temperature drop over night. It was no fun. But it is coming to an end. Happy days are just here.

It might be that you have  pots of courgettes and squashes, climbing and French beans, all ready to be planted into the veg garden.  Boy, haven’t you so wanted to set them off and let them fly. But you knew that if they got a set back, by being planted out too soon and hit by frost or chilling winds, you might as well forget about a crop worthy of the name.

If you have a sun-baked wall, you can grow outdoor tomato plants. They have been bursting to get out into the air, where you can set to tying them into supporting strings.

In the borders, the burden of dealing with fast growing dahlias in pots as well as cannas and bananas, gladioli and tender climbers like rhodochiton, will have been becoming a bigger and more annoying one over the past weeks. The temptation to put them all out in the ground will have been so strong. But in Ireland, we are never sure that there will be no late flash frosts and one such frost aimed at these tender things can set them back to an annoying extent. It can even see to them completely in the case of smaller specimens.

We think we will never get the show out there, where it belongs, on the road. The bother of caring for plants indoors, in pots, is a nuisance but a necessary one. Waiting until the right time is worth it. Sent to live outside when the weather is at least clement, they will grow on, happily and with enthusiasm, giving of their all right up until frost again becomes a possibility, at the end of October and into November.

It is worth it. June, July, August, September, October and maybe even November -  If we are lucky there will be up to six months of the blessed conditions that will allow these flowering plants and vegetables to really shine and do their thing.

When they are finally planted out in the garden, it never fails to amaze, how much faster and happier they grow. Just watching a dahlia or courgette put on what seem like insane spurts of growth over the period of a week or two makes all the earlier work and waiting seem like a very minor irritation.

The saying ‘Ne’er cast a clout until May is out’ might be an annoying one that your granny threw at you when you wanted to head out in a shorts and  a skimpy t-shirt on the first of the warm days in spring - but grannies have a habit of making irritating sense.  What applies in the wardrobe also applies in the garden. Now that we are nearly there, at the end of the long month of May,  spent carting pots, trays and planters full of tender plants in and out , day in, day out, we can finally get ready for the sun of summer –  or at least the end of the threat of frost for a few months. It is going to be great. Of course it is.