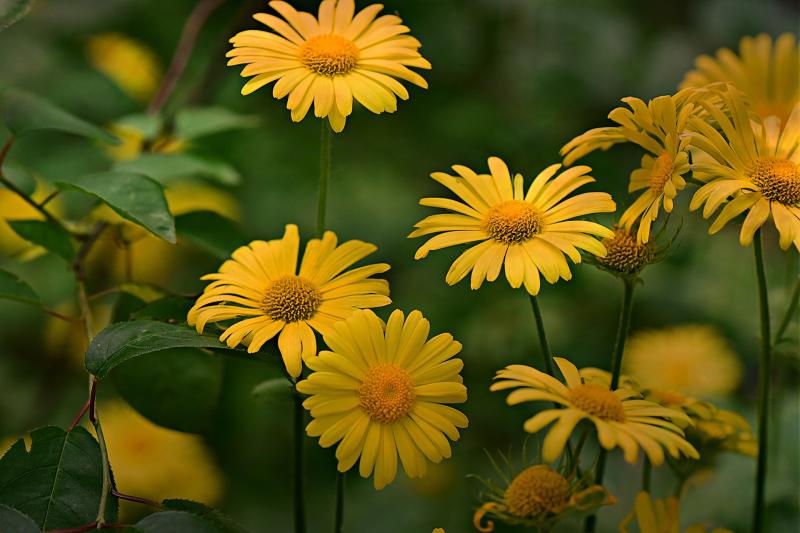 I was very pleased to see that this year, there was a garden not unlike my own on display at the Chelsea Flower Show. Parts of it could actually have been lifted straight from my own plot. That’s a very satisfying statement to make. Unfortunately, it cannot go un-expanded or un-elaborated.

The garden was called the High Maintenance Garden, which, on paper made it sound like every other Chelsea Garden exhibit going back to the foundation of the show over a century ago. This title however, turned out to be a little joke and more than a bit misleading. The garden was, to put it fairly, a lovely mess of a place, and quite the opposite of a high maintenance garden.

There were overgrown roses,  bulging, busy, overgrown borders, unclipped shrubs, weeds among the flowers, weeds in the grass. No, make that grass in the weeds.  It was a jumble, but a gorgeous jumble, a flower garden run riot. Plenty of flowers and nice things, but quite a sizeable helping of self-invited wild guests at the party too.

It was beautiful and the weediness made me feel better about my own messy garden,  over which I never have full control.

Now don’t get me wrong. I am aware that this seemingly unkempt garden, designed by Sue Hayward, was in fact a highly thought out place, designed and executed with military precision. However, in keeping with the military theme, that design and precision was extremely well camouflaged, so that on first inspection, the garden did actually seem to be overgrown.

Looking at the apparent loosey goosey way that the wild flowers and weeds were inserted between the flowers, it should be remembered that all this had to be planted up and bedded in over a mere matter of days. And in that time, which was no time at all, it had to knit together so that it looked like it was there all along – and  this it did completely convincingly. There were no gaps or visible seams. This was a work of art in itself.

There was also a lot more than clever trickery for the sake of clever trickery at work here. This garden, like a satisfying number of other gardens at the most famous flower show in the world, was acknowledging that as the world changes for the worst, horticulture must change for the better. It must try to have whatever good influence it can, on the deteriorating state of the planet.

This was a garden that showed that we do not need mono-cultured, straight green lined bowling green lawns to create a Good Garden. In fact what we need is the exact opposite, a lawn that, in gardening terms, up to five minutes ago, would not have been allowed to call itself a lawn. A green expanse, yes. But a mono-culture of grass-only uniformity? No.  This garden showed that a lawn studded with as many wildlings as specially sown grass, can be a thing of beauty.

The buttercups and dandelions, daisies and clover, plantain and even the dreaded moss as well as a large number of other flowering and non-flowering plants, in an unkempt lawn make it a happy place for nature.  The pollinating insects and a multitude of critters that we may not like but need as much as we need light, water and food, require this sort of loose and natural environment to do their vital jobs. They cannot work with a bowling green. An expanse of mixed meadow species is a living place and a contributing habitat as well as a beautiful, subtly colourful enjoyable garden.

I gave in to the scruffy charm of a wild lawn years ago and I have not regretted a day of it.  Throughout the summer, a quick walk about shows up the sheer exuberance of nature. The busy, buzzing sounds and the variety of textures and colours are a charm.

All this  wild lawn needs to keep it looking like you meant it to look like that, is an occasional scoot around on the lawn mower, cutting paths and routes through the longer grasses and greenery. When it gets too messy, usually in August, it is issued another chop and after a few weeks of looking less than fab, it will be off again, putting on autumn growth and  giving a whole new look to the place. The seeds dropped from this year’s flowers will germinate and next year the number of species will increase and pad out.

It makes for an easier life and one where you will not be afraid of what the children, or dog – or you - might pick up or inhale if they, or you, roll about in the grass. Grass was after all, made for rolling around in.