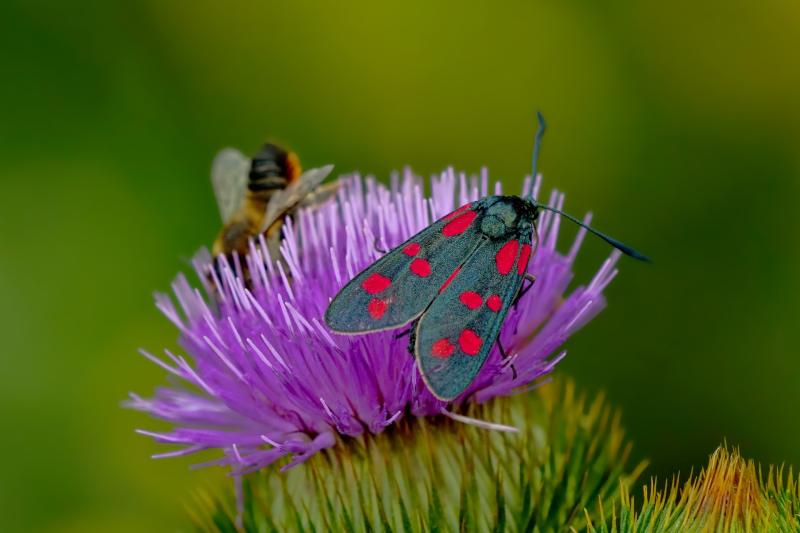 Sustainability is fashionable right now. We are finally and rightfully worried about climate change, species extinction and countless other problems that we as humans, have heaped on the world in the short time we have ruled it. Let us hope now that we will not weary of this worry, but act on it.

As everyone knows, bees are terrible trouble. Populations are in decline all over the world. In some places they are in free fall. California, where about 80% of the world almond crop is grown, now imports millions of bees annually to pollinate its almond blossom. This costs a fortune and is not without its difficulties. Bees are living creatures and do not operate well as transportable machines.  They die in huge numbers during operation and are only partially effective. It is a ridiculous and unsustainable business and it is only one instance of the sort of measures we are having to take because of the conditions we have created where natural bee populations cannot survive.

Governments  and the responsible multi-nationals will hopefully – under our pressure – do what they must to repair the damage we have inflicted on the  world. We need to push them locally, nationally and internationally on this. Meanwhile, we need to do what we can in our own small domestic situations too, to bring as much insect life back to our gardens, farms and holdings.  We have to learn to live with weeds, particularly flowering weeds. This was even evident at the Chelsea Flower Show this year, where not one lawn was made of single seed grass and not one border was without a number of native plants and weeds at the edge. We also need to leave off the pesticides and insecticides, the weed killers and the ant powders.  Nature needs a bit of a help.

Meanwhile, those of us with a bit of space might consider keeping bees - not just for the honey, but for the sake of the bees themselves.

One man I know doing his utmost to help our native bees is Tanguy de Toulgoët,  an extraordinary French gardener working away in his  organic plot just outside Durrow in Laois. Tanguy not only gardens but keeps bees – and Irish bees at that.

The native honey bee in Ireland needs to be protected because it is a unique species in Europe in term of purity and genetic diversity. This is the species used by many  Irish beekeepers. In a study of the genetics of the honey bee, however, it seems that there is a population of wild bees, distinct from the one kept by beekeepers.

Anyone who discovers a colony of honey bees living in the wild is asked to report it on Twitter @thebeegenes,  or to grace.mccormack@nuigalway. ie

or https://records. biodiversityireland.ie/record/ wildhoneybeestudyRecording colonies in any of these ways will help greatly in the national effort to protect our bees.

In his flower garden in Durrow, Tanguy keeps his bees in the Warré system, where the bees are farmed in a way that mimics the way swarms in the wild work. His aim is to pollinate the flowers and crops in his and  the surrounding gardens, rather than to take large quantities of honey as a crop in itself – although there is still plenty of honey to take over the period of a year.

In a Warré hive the native black bees build their own comb naturally, not as they do in the more usual, shelved hive. The bees live as they would in the wild, with minimal interference from the bee keeper. The system ultimately increases the wild populations and benefits the countryside, building bees up to strengths that protect them from the killer Varroa virus, currently causing havoc among bee populations around the world.  This system toughens the bees and Darwinian selection does the job of eliminating weaker strains. Nature knows best and bees are strong insects if their gene pools are allowed to adapt to their environment and that environment is a clement one.

Working like this, winter losses can be as low as  6%-7%. This adds up to about one hive lost out of every  16 or so.  This is a great outcome for any system, given that using the more widely used bee-keeping systems, massive losses and even complete collapse of hives has become all too regular in recent years in the face of pesticide onslaught, climate change and loss of habitat.

Anything that will help our native bees must be welcome. Tanguy is giving a class on Warré hive bee keeping on Saturday the 15th of June from 10 am to 3pm at The Dunmore Country School in Durrow. Contact him at 087 12580002 or tanguy@dunmorecountryschool.ie