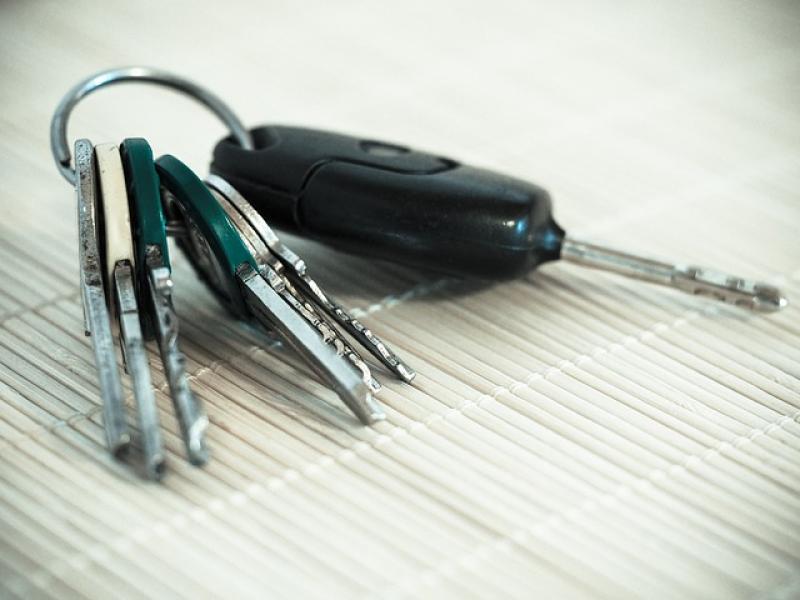 I’m living dangerously these days, my autumn days, as it were. And they are whether I like it or not. I’m not entirely enamoured using the phrase or being in this phase but, hey, I could be in a lot worse places.

I’m above ground as many of my friends and acquaintances say when I enquire about their health. Or, as the late Joe Dowling used to say: I can get up, put on my trousers and boil an egg. So, how dangerously am I living? I’m shaving without glasses!

And you should see my glasses – or rather you should try and see through my glasses. You won’t. That’s how poor my eyesight is. And how strong my prescription is.

And why am I shaving without glasses? Because they, the glasses, and the bathroom mirror, get steamed up after my shower and even though I give both a good rub of a tissue it doesn’t clean them sufficiently to see clearly.

And you do need to see clearly when shaving yourself. I mean even when you can see clearly it is not unusual to nick one’s cheek. Or chin. Or neck. And I’m always wary of the neck. Damn it but I’d hate to slit my own throat while shaving! That would be tragic. Not to mention careless.

Of course one way to de-steam (if there’s such a word) the bathroom mirror, and glasses, is to open a window. Open a window! In this cold weather? Are you crazy? And even though it’s spring – I’m no spring chicken. I need to mind myself; last thing I need is a waft of cold air whistling in the window while shaving and moi catching my death of cold.

Forget that. And so, I park the glasses, get up close and personal with the mirror, the semi-demisted mirror, and shave. It’s tricky. It’s scary. And it’s dangerous.

But, hey, you only live once. Better die from a slit throat than double pneumonia. More dramatic, more heroic, by far.

But shaving without glasses is not the only dangerous living I indulge in. Wait for this – I drive dangerously! I know I shouldn’t but I do. But only down the Market Yard. And only when confronted by those abominable, god awful, Everest-high traffic ramps.

You know the ‘yokes’, bronze coloured and so bloody high they’d nearly launch you into the stratosphere. Or some sphere or other.

And so, as I approach them I slip across to the other side, i.e. the wrong side, of the road to avoid them and I do this even if a car is approaching – though in fairness that car might well be above at Tynan’s Bar while I’m at the ramp near Lady Desart Bridge.

Living dangerously or what!

I even live dangerously when walking – or rather crossing – the Parade. Because I know the sequence of the traffic lights on the Parade so well I know when it’s ‘safe’, so to speak, to chance crossing without the imprimatur of the Little Green Man i.e. without the beep, beep, beep.

I’ve occasionally been chastised when I get to the other side – by folks I know, of course, and in a jocose manner.

Nevertheless I scuttle off down High Street with my tail ever so slightly between my legs. And somewhat related – did you know that there are no Little Green Men in New York City? (perhaps in most American cities?)

There are all kinds of men in the Big Apple – all shapes, all sizes, all colours but there are no Little Green ones. The Little Green Men in New York are white! And they’re right to be white. And I’ll tell you why.

Recently I was stopped on red at the junction of the College Road, Ormonde Road and New Street. I was waiting a while, a good while, and began to get impatient – eventually I see green and off I drive – only for a pedestrian to ‘appear’ in front of me pointing animatedly at the lights – they were green alright, pedestrian green!

See the danger? And see the thinking behind the little White Men? Makes sense. A lot of sense.

Finally, on the topic of traffic lights - what the hell happened to the little green arrow at those same traffic lights at the junction of the College Road, Ormonde Road and New Street?

The little green arrow that gave us motorists wishing to swing right at St. Patrick’s church, safe passage into Jacob St. and onwards.

It’s gone! And motorists miss it. Miss it badly as they barely miss the oncoming traffic from New St. as they drive on, expecting the little green arrow.

Others know that if they don’t go on red they’ll have to wait for another change of lights. And possibly another if traffic is particularly heavy.

And so, many of us take a chance and go on red – including me – living dangerously again!