Where did you have your first drink? 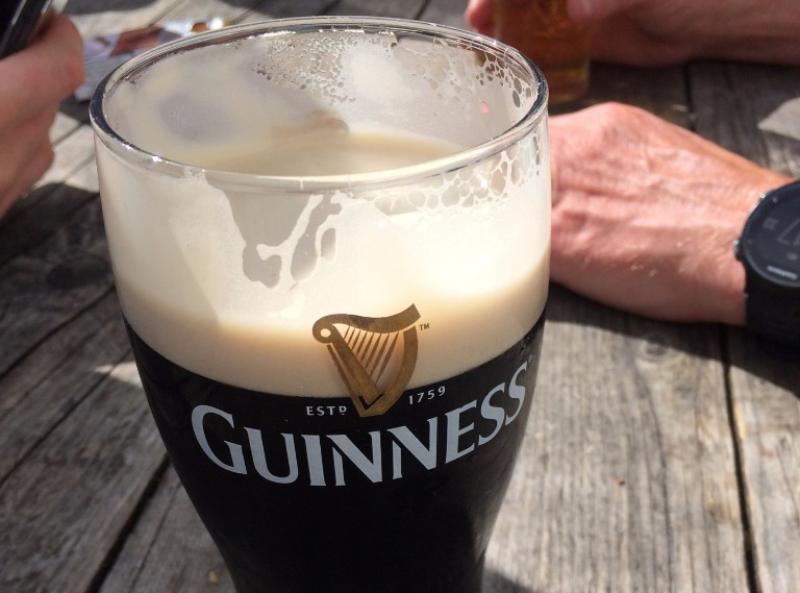 This Life, by Gerry Moran

That question was posted on Facebook recently by Patricia Melay, staunch member of the Closhers group.

Patricia got straight to the point: ‘Right, Closhers, here’s one for you all and I hope it brings back some good memories. Where was the first pub you got served in and what did you order?’

And it did bring back some good memories, more or less, as evidenced by the replies – all of 90 or more!

Here’s a selection from those replies and fair dues if you recognise all the drinking establishments mentioned. Many of which are under new management, others have new names while a few have gone the way of the Dodo.

And, with no fear of being sexist (sexism didn’t exist back then) I guess you can guess the gender of those replying by the drinks they had. Oh, and possibly the age, give or take a few years, of others.

Mike’s, the Arcade, and it was a bottle of Stag. The small little pub that was almost at the main gate of St Canice’s Church in the Butts, in the snug, myself and a few of the lads. A pint of Smithwick’s.

Side door of Conway’s and it was a flagon of cider. The Parade Lounge, can’t remember what I drank, probably Ritz or Stag. I think it was Davey Campions, two glasses of Smithwick’s. Bottle of Ritz, the Court Arms.

A Harp & lime in The Willow Inn. The Arcade Bar when Pat Carroll had it, a pint of Smithwick’s. The Rothe Inn, a bottle of Stag. Henderson’s, a Ritz and blackcurrant before Da Vinci’s. The Fox & Goose, a vodka and lime.

Pint of Smithwick’s in the Pumphouse. It was the Silver Birch then. Harp Bar, Hoffmans. Is Hoffmans still around I wonder?

Davey Campions, pints of Guinness, what a great time we had. A Babycham at a wedding in the Royal Hotel Carlow. Two glasses of Smithwick’s. Upstairs in the Parade Bar.

Handball alley in the Closh and vodka, nothing only vodka, ah God be with the days . A bottle of Ritz in the Lighthouse. Brennan’s Bar. Large bottle of Smithwick’s. Mike’s bar, glass of Harp.

Rothe Inn where Dore’s Opticians is now. Had my first bottle of Ritz. Probably Henderson’s or The Willow, a plain old pint of Carlsberg. Andy’s Tavern. A pint of ale with a dash of Guinness, so Andy would think I knew what I was talking about.

Billy Conway’s, bottle of Bass. Good God, I can still taste it. Jug of punch, a Babycham. Mine was a pint of Harp, but where I’m not sure, probably the Wheatsheaf.

Fitzpatrick’s. Pernod - never touched it since. Henderson’s. A glass of Hoffman’s.

I got served in a couple of places for maybe one glass of Guinness or whatever, but where I actually learned to have a session was in Mikes Bar in the Arcade.

The Village Inn, the big bar where the bands played, a pint of Smithwick’s. Henderson’s, bottle of Ritz. Vodka and lime in Andy’s Tavern…Oh Jesus I got soooo sick…Great days back then.

Great days indeed. Or so we thought. As for me, I think I had my first drink in the back room of Parson’s Pub (now Syd Harkin’s) also known as the Rose Inn.

Anyway, I vividly remember one night two gentlemen in macs arriving in the pub and asking us all, not our ages, but our dates of birth.

Oh dear. That didn’t go down well. Suffice it to say that I’m still waiting for an answer. And so, we all being of age, we finished our drinks with the bravura, and cockiness, that being all of 18 brings with it.

Meanwhile, fair dues to Patricia Melay who answered her own question on Facebook: ‘Where was the first pub you got served in and what did you order?’ And her answer: ‘In the Parade Lounge, a glass of Harp & lime.’

Cheers, Patricia. I owe you one. Or two! With lime?