Dumping of plastic gloves in Kilkenny is 'disrespectful and dangerous' 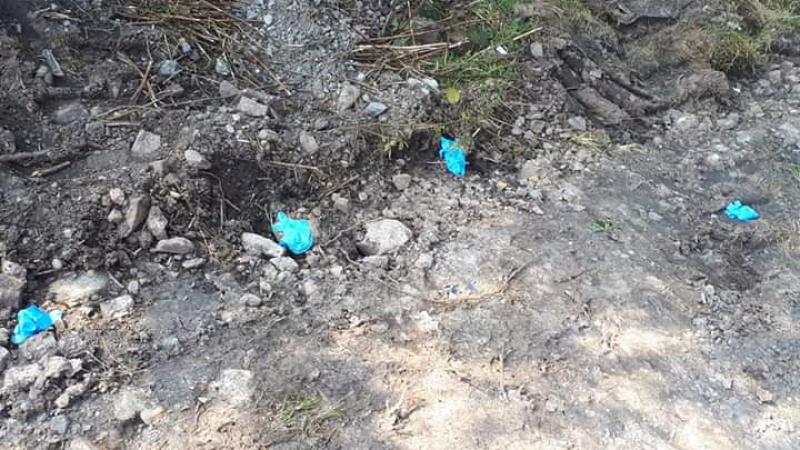 Plastic gloves dumped on the side of the road

Plastic gloves being worn by people during the coronavirus crisis are becoming a littering problem, and a health hazard, one local councilor has warned.

Cllr Deirdre Cullen took the above photograph at Brown Mountain, Johnswell, and has also had to dispose of gloves that were dumped on the Kilkenny Road in Bennettsbridge. People have also seen the gloves littering supermarket car parks and being left in trolleys. “Gloves being dumped in public places! Not only disgraceful but dangerous! Any child can pick these up,” Cllr Cullen pointed out.

Kilkenny County Council has also noticed an increase in the amount of single-use gloves not disposed of properly. The council appealed to the ‘unsung heroes’ around the county who voluntarily pick up litter to cease the activity until the Covid-19 crisis has passed.

Many volunteers participate in litter picks, and the council is urging them to take a break for their own safety, as roadside litter may potentially be contaminated.
“We ask everyone to play their part and dispose of your litter responsibility, as in recent weeks there has been an increase of disposable gloves littering our streets,” says environmental officer Bernadette Moloney. She appealed to people to dispose of the gloves properly.