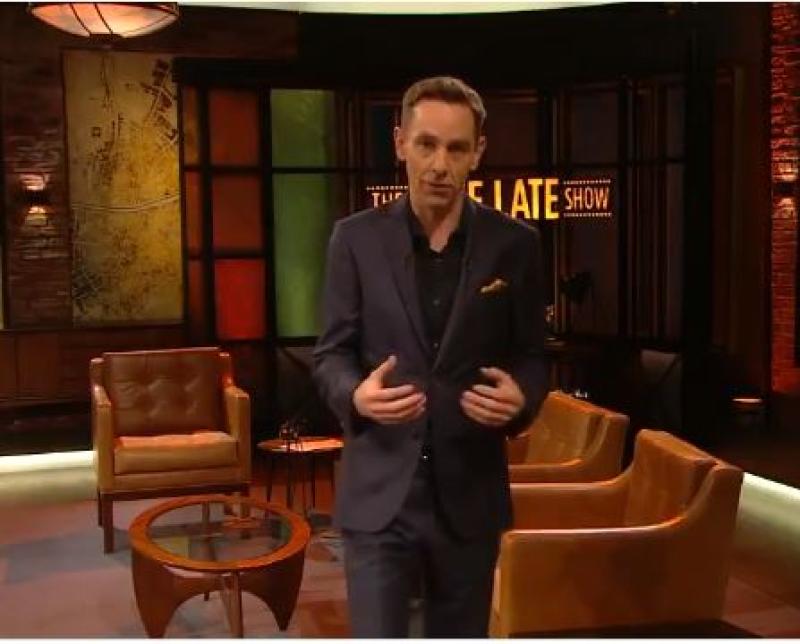 The guests have been revealed for this week's Late Late Show on RTE.

Again due to Covid-19 restrictions, there will be no audience and no house band.

Host Ryan Tubridy will be joined by former Ireland international and Munster rugby star, Paul O'Connell. Paul will discuss homeschooling his children, taking time out, and why the charity Barnardos needs your help more that ever.

Ryan will be catching up with iconic Irish actor Colm Meaney about live away from home during the crisis, and playing the top gangster whose death sparks off a mafia war in his new series Gangs of London.

The Chief Medical Officer, Tony Holohan will be live in studio with Ryan, giving viewers the most up to date information on what's been achieved so far and what lies ahead for us. Commending the country for their efforts towards flattening the curve, he will also tell of his own recent personal experience of the health service.

Ryan will also be catching up with Hollywood actor and comedian, Ricky Gervais, who will discuss his thoughts on the current restrictions and how America is responding to the crisis and Samantha Power, former adviser to Barack Obama will chat to Ryan from her home in the US about her experience of the pandemic.

Singer/Songwriter, Danny O'Reilly will join Ryan for a very special solo performance in studio. He will chat about his band's plans following the current pandemic, why The Coronas are planning to keep their name, and share his longstanding personal support for Barretstown Children's Charity.

What started as a good deed for a Mayo fan last Saturday has snowballed into phone calls to GAA fans living in isolation around Ireland, England and as far away as Thailand. Former Mayo football star David Brady will tell Ryan why he's phoning people cocooning for a chat about GAA and he'll be encouraging other sports stars to give it a go.