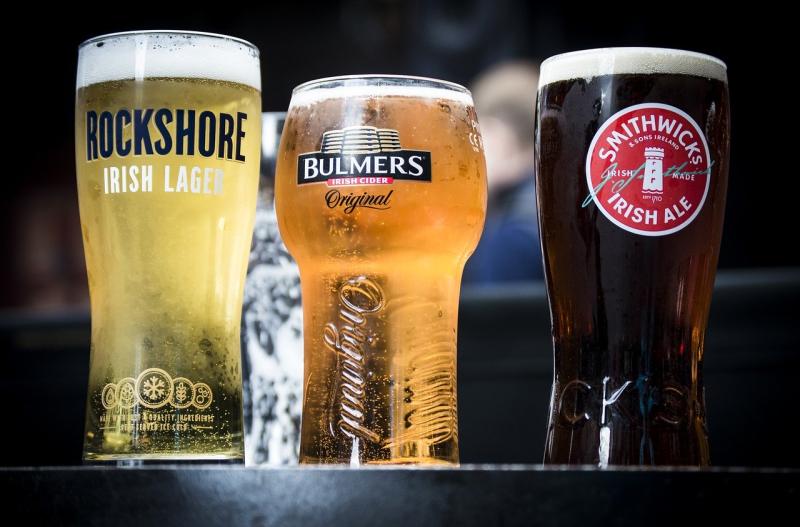 New figures have today confirmed that alcohol consumption has fallen in Ireland as a result of Covid-19 restrictions and the closure of the on-trade, with the total volume of sales down by 35.6% in April 2020 compared to April 2019.

The Nielsen data, released by Drinks Ireland, provides figures on the sale of beer and cider (Long Alcoholic Drinks) and spirits in Ireland, in both the on and off-trade.

They show that alcohol sales increased in the off-trade in April, but overall, the closure of the on-trade resulted in a fall in the total amount of alcohol consumed in Ireland.

According to Drinks Ireland, the Covid-19 pandemic has significantly impacted Ireland’s drinks industry, with the closure of the on-trade and restrictions in supply to many off-trade channels, not just here in Ireland, but across global markets, imposing commercial pressure on producers.  In addition, the closure of brewery and distillery visitor centres, which usually attract 3 million people, mainly overseas visitors, has severely impacted jobs and revenue.

“There has been a perception that people are drinking more as a result of the Covid-19 restrictions, but these figures clearly show that this is not the case, with overall sales down by just under 36%.

“With pubs, restaurants and hotels closed and Government restrictions in place, there’s been not only a fall in the amount of alcohol consumed, but changes in the way people drink.

“Many people have taken part in a virtual drink with family or friends, but we’re also seeing an array of online wine and drink tastings, and cocktail making events. People are also enjoying a drink in the garden in the sun, or with dinner at home after work, allowing for a little bit of normality at this time.

“It’s important that people maintain a healthy and balanced lifestyle at this time, and this includes not drinking to excess. For anyone looking for more information about alcohol consumption during the Covid-19 crisis or for information about low risk consumption guidelines, we’d urge them to visit Drink Aware here.”