REVEALED: Three in ten Irish abroad plan to return to Ireland for Christmas 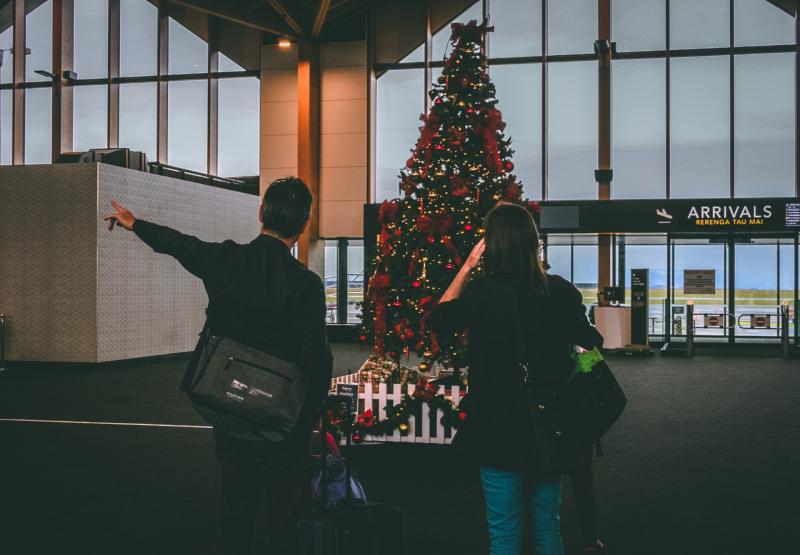 As many as 3 out of 10 Irish people living abroad plan to return to Ireland for Christmas this year, according to a new survey.

Irish people based in the UK are the most likely to return for Christmas, with 41% indicating they plan to come home. This was followed by Irish living in other parts of Europe (38%) and those based in the Middle East (36%).

Those living further afield are less likely to return with 14% in the US or Canada planning trips to Ireland for Christmas, followed by those who have moved to Australia and New Zealand (7%) or other parts of Asia (5%).

The survey was conducted by Irish recruitment company, FRS Recruitment, who are currently running the 70 Minutes of Home campaign, which seeks to provide Irish people living abroad with a unique taste of home. Through their partnership with GAAGO, segments of the special 70 minute videos that showcase Ireland are shown before games featured on the GAAGO platform, as well as at half time. The videos are also available on the GAAGO app, FRS Recruitment’s social channels and at www.70minsofhome.ie

Nine out of every 10 Irish people who participated in the survey had travelled from abroad back to Ireland for Christmas in the past.

Over one thousand Irish people living all around the world participated in the survey which was conducted between the 14th and 20th of November.  33% of respondents were based in other parts of Europe, 21% in the UK, 17% in USA/ Canada, 9% in the Middle East, 7% in other parts of Asia, 6% in Australia and New Zealand, 3% in Africa, 2% in Central or South America and 2% in other parts of the world.

Speaking about the survey, Colin Donnery, General Manager of FRS Recruitment said, “Given the current discussion about whether people should be allowed return to Ireland for Christmas, we thought it would be useful to gauge the level of appetite that exists among the internationally based Irish community. Three out of every 10 Irish abroad say they are planning on returning to Ireland for Christmas. While that is a sizeable downturn from the 84% who would have returned in normal circumstances, 30% still represents a sizeable portion of that community.

“It would seem the allure of an Irish Christmas remains no matter what part of the world you’re based in. Speaking to Irish people living in other countries, for some a trip home for Christmas has become an annual tradition. Others want to be close to their family in this year of all years. Motivation may vary from person to person but there does seem a degree of determination that they will make every effort to be back home in Ireland for Christmas this year.

“We see the ongoing appeal of these shores in the keen reaction to our 70 Minutes of Home campaign, which brings a unique taste of Ireland to Irish people living all around the world. That pull is likely to be even stronger in the lead up to Christmas, when thoughts automatically turn to home and family no matter what part of the world you’re living in,” Mr. Donnery concluded.

FRS Recruitment is a leading recruitment businesses operating in Ireland. They have 10 offices nationwide, with locations in Dublin, Cork, Galway, Tipperary, Limerick, Kerry, Kilkenny, Offaly, Cavan and Roscommon. A 100% Irish business, FRS Recruitment is part of the FRS Network – the social enterprise co-operative.