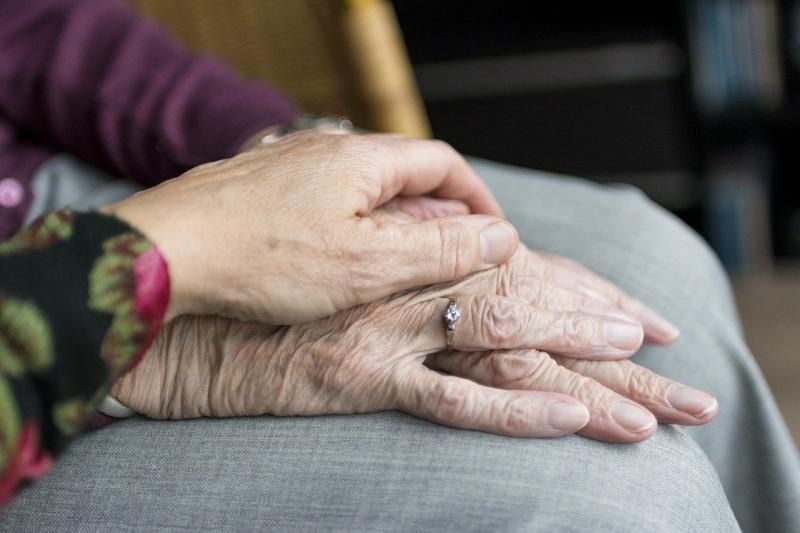 International Time to Talk Day is this Thursday, February 4

ALONE is encouraging older people to reach out and strike up a conversation especially if they are feeling particularly isolated at the moment due to the extension of Covid-19 restrictions.

The organisation which supports older people has campaigned in this area for many years and is highlighting the concerns it has when it comes to loneliness, as its effects take hold and expand across a wider and new cohort of older people.

ALONE is concerned by the increased impact loneliness is having, which the organisation can measure through increased demand for its supports.

February 4 marks International Time to Talk Day, with ALONE asking the public to continue to make time to talk and stay in touch with their older relatives, neighbours and friends.

While ALONE acknowledges that current guidelines are in place to prevent the spread of Covid-19 and protect vulnerable groups, it has already reported an increase in a wide range of mental health impacts among older people. The organisation has relayed the message that although we may be socially distanced, we don’t want anyone to feel socially isolated.

With many of these growing issues having been identified pre-pandemic, older people have now been experiencing prolonged periods of isolation and limited social contact for almost one year.

ALONE would like to remind older people that their services continue to be available to any older person who needs advice or support during this time.

Loneliness has been linked to an increased risk of early death, with some studies highlighting that older people experiencing high levels of loneliness are twice as likely to die within six years compared to those who are not lonely.

Studies have linked loneliness and social isolation to higher risks of physical and mental conditions including heart disease, anxiety, depression and Alzheimer’s disease.

In 2020, ALONE made nearly 139,000 support and befriending calls to older people suffering from loneliness and social isolation. Between March 9 and December 31, ALONE supported nearly 15,000 older people. Of these callers, 31% were aged between 75-90 years and 75% were living alone.

For some older people, loneliness is an unfamiliar issue, which will cease to affect them with community supports. For others, unfortunately this is an ongoing state of being.

ALONE is determined to ensure every older person has access to the supports that they need to combat loneliness and live a happy and fulfilled life. If someone calls or is referred to ALONE, the organisation can arrange to contact an older person several times a week or every day if this support is needed, with this service set to continue after the current crisis.

Seán Moynihan, CEO of ALONE, said: “Loneliness is a serious issue among older people, which has only been exacerbated by the current situation, and we believe the long-term impacts of loneliness will continue to affect older people long after the pandemic has passed. When the effects of the pandemic begin to subside, it is important that we begin implementing recommendations from the Loneliness Taskforce. Currently, there are no structures in place for the protection of older people or funding to relieve the increasing effect of loneliness begin felt across the country.

“We appreciate the efforts people have made to reach out and check in with older people, while also recognising how brave older people have been to reach out. We encourage them to continue seeking out and making conversation. Just a few minutes out of your day to make time to talk could make a world of difference to an older person struggling with loneliness.

"We are encouraging any older person who is experiencing loneliness to get in touch with ALONE. Our volunteers provide ongoing telephone support for older people and make regular phone calls for reassurance and social support.”

Dr Sabina Brennan, neuroscientist and psychologist, stated: “Now more than ever we need to ensure that we stay socially connected. Human connection is inextricably linked to our physical mental and brain health. Loneliness is not just an unpleasant experience -  it is quite literally a killer. In fact, it is as detrimental to our health as smoking and obesity.

"Loneliness increases our risk for high blood pressure, anxiety, depression and suicide. Loneliness is essentially a chronic stressor that weakens the immune system. So while keeping a physical distance from others can offer protection against Covid-19, isolating completely can actually make you more susceptible to infection.

“Social engagement is a complex, stimulating activity that keeps our brains sharp. People who remain socially connected live longer, have better health, are less depressed and are less likely to develop dementia. Long periods of isolation can lead to social withdrawal and all of the negative health implications associated with that. So make sure that you stay connected and do whatever you can to reach out to others who may be at risk. You will benefit too, as just 10 minutes social interaction boosts brain function.”

ALONE Ambassador Vincent Browne commented: “During these trying times it is important to reach out to the older people in our lives and strike up a conversation. Many of us are struggling at the moment and a chat can really help to lift a person’s spirits. I would encourage any older person who is feeling a bit down to reach out to the people in their lives and make time to talk.”

Contact ALONE if you have concerns about your own wellbeing or the wellbeing of an older person you know. ALONE's National Support Line is available seven days a week from 8am to 8pm on 0818 222 024. Further information can be found on www.alone.ie.