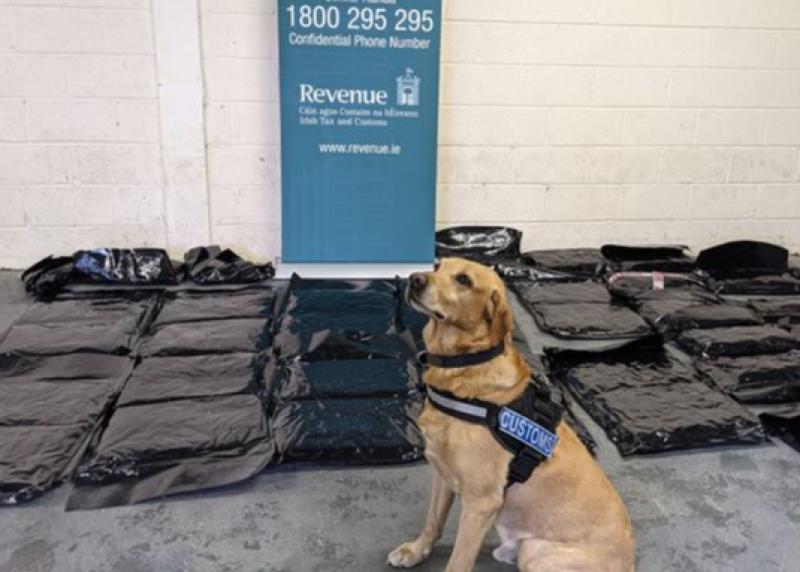 The discovery was made with the assistance of detector dog Marley

GARDAI have arrested a man following the seizure of €1.8 million worth of cannabis herb, in Ringaskiddy, County Cork on Tuesday afternoon.

Around 90kgs of herbal cannabis was seized at Ringaskiddy Ferry Terminal as a result of routine profiling and with the assistance of detector dog Marley.

"The illegal drugs were discovered when Revenue officers stopped and searched a Polish-registered van which had arrived from Roscoff, France," said a Revenue spokesperson.

A total of 37 separate packages containing the drugs were found concealed within panels of the van.

The man, whose aged in his 20s, is currently being detained under the provisions of Section 2 of the Criminal Justice (Drug Trafficking) Act 1996 at Togher garda station in Cork city.

He can be held for up to seven days.