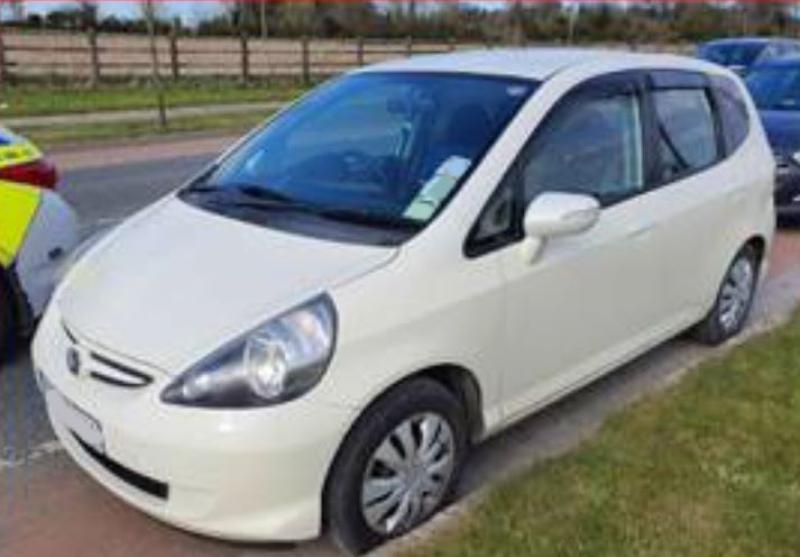 The stolen car at the scene

The driver of this car was arrested on the spot after it emerged the vehicle was stolen.

A Roads Policing Unit from the Dublin Metropolitan West (DMR) Division was on patrol at the time in Blanchardstown.

Officers noticed that the this driver was acting suspiciously and stopped it.

Using the hand-held Mobility App device, it was discovered that the car was stolen.

The driver was arrested at the scene.

One driver was found to have no insurance and the other was an unaccompanied learner driver with no L plates displayed.

Fines were issued and court date will follow for having no insurance.

Naas Roads Policing Unit also stopped a vehicle that had not been taxed for 774 days.