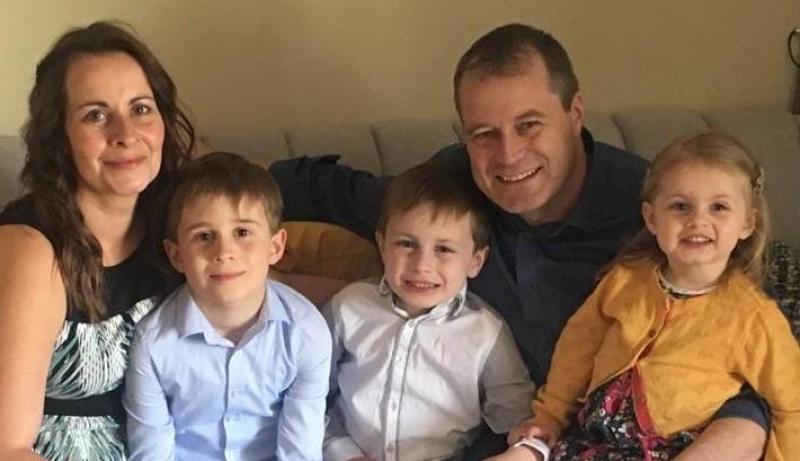 Paediatric nurse Deirdre Morley, who smothered her three young children at their family home and was found not guilty of their murders by reason of insanity, has been committed to the Central Mental Hospital (CMH) today, Tuesday.

A Central Criminal Court judge made the order this morning, nearly three weeks after a jury returned the special verdicts following the trial of the 44-year-old highly trained clinical nurse.

Mr Justice Paul Coffey said on Tuesday that Ms Morley continues to suffer from a mental disorder under the meaning of the legislation and is in need of inpatient care at a designated centre.

Ms Morley, of Parson's Court, Newcastle, Co Dublin, had pleaded not guilty by reason of insanity to the murder of her sons Conor McGinley (9) and Darragh McGinley (7) and her daughter Carla McGinley (3). The children's bodies were discovered at the family home just before 8pm on January 24 last year.

On May 20, Ms Morley was found not guilty by reason of insanity after a jury accepted the evidence given by two psychiatrists that the accused, who specialised in renal care at Our Lady's Hospital in Crumlin, was suffering from a mental disorder at the time of the three killings and fulfilled the criteria for the special verdict.

The two consultant forensic psychiatrists called as expert witnesses were both in agreement that the accused was unable to appreciate what she had done was morally wrong and was unable to refrain from her actions.

Following the verdicts, trial judge Mr Justice Coffey made an order committing Ms Morley to the CMH in Dundrum until May 31 so that an approved medical officer could prepare a psychiatric assessment.

The case was adjourned on that date to allow time for lawyers to consider the psychiatric report.

The matter was back before the court on Tuesday, where Mr Justice Coffey made the order committing Ms Morley to the CMH for inpatient care.

Ms Morley appeared via video-link from the CMH.

Ms Morley's three-day trial at the Central Criminal Court was described by the State as "a desperately sad case".

The case, Ms Morley's defence counsel had told the jury, was a "tragedy of enormous proportions", with the "tragic irony" of the accused being someone who had committed her entire professional life to the care of children as a paediatric nurse.

Assistant State Pathologist Dr Margot Bolster found the children had died by asphyxia from compressions of the chest area and airways.

Dr Brenda Wright, called by the defence, gave a detailed description of the accused's mental state deteriorating in the weeks before the killing and said she was suffering with bipolar affective disorder at the time. The witness said the defendant believed it was morally right to smother her three children as she thought she had "irreparably damaged" them and "had to put an end to their suffering".

Dr Mary Davoren, for the prosecution, testified that the accused was suffering at a minimum from recurrent depressive disorder and experienced a severe depressive episode on the day.

In her opening address, prosecution counsel Anne-Marie Lawlor SC said the jury's primary concern would be the accused's mental state on January 24 and there was no issue in the case as to what happened to the children and how they died.