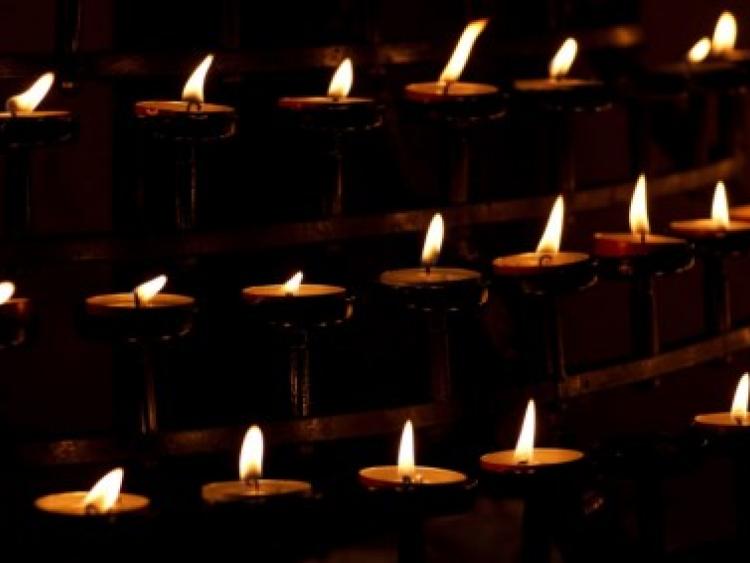 Buggy (Wilton, Cork and late of Kilkenny) On November 22nd 2016, peacefully in the presence of his loving family and in the tender, loving care of the nurses and staff at the Cork University Hospital, Patrick (Paddy) (late of Pfizers). Beloved husband of Margaret (nee Raftery) and much loved father of Margaret and Martin. Sadly missed by his loving wife, family, son-in-law Frank, daughter-in-law Lilian, grandchildren Lyanna and Achilla, sisters-in-law, nephews, nieces, relatives and friends.

Nan died on Thursday, 20th October in London. Deeply regretted by her brother, Richard, sisters: Joan Lynch, Kathleen Lennon, Eileen Coffey, sister in law, brother in law, nephews, nieces, relatives and friends including her friends in the deaf community of Dublin and London.

Nan is predeceased by her brother, Seamus, Raheendenore. Requiem Mass on Saturday, 26 November at 2pm in the Church of the Assumption, Thomastown, followed by commital of ashes in St Mary's New Cemetery, Thomastown, Co. Kilkenny.

The death has occurred of Paul Lacey Killeshin, Carlow / Kilkenny.
Paul Lacey of Killeshin, Carlow passed away peacefully on November 20th, 2016, surrounded by his loving family at The Midlands Regional Hospital, Portlaoise, after a short illness. Beloved son of the late Jim and Kitty and much loved brother of Tommy, Una and Pat. He will be sadly missed by his loving brothers, sister, brother-in-law, sisters-in-law, aunts, grandnephews, grandnieces, nephews, nieces, cousins, relatives, neighbours and friends.

The death has occurred of Mary Carroll, 19, Old Callan Road, Kilkenny City, Kilkenny on  20th of November 2016 (suddenly) at her home. She will be sadly missed by her loving sons, daughters, extended family and friends.Reposing at her home from 4p.m. on Tuesday with Rosary at 8p.m. Funeral Prayers on Wednesday at 10a.m. followed by Removal to St. Canice's Church for 11a.m. Requiem Mass. Burial afterwards in St. Kieran's Cemetery.