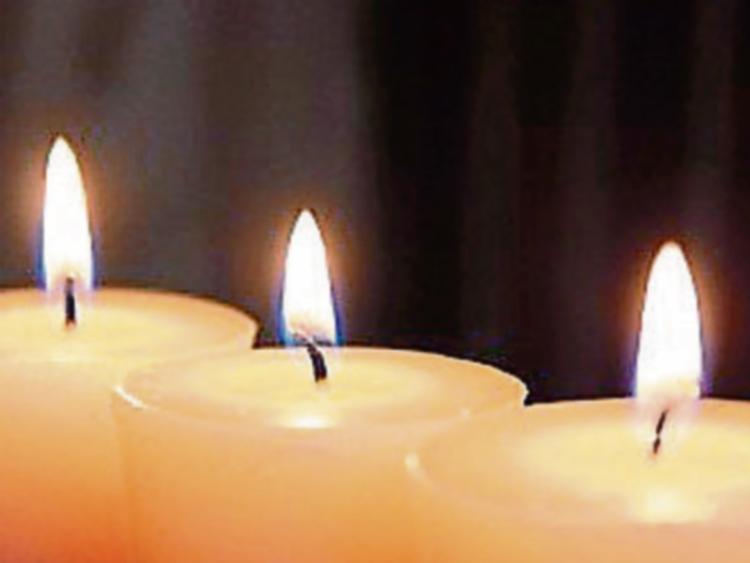 The death has occurred of Sarah (Sally) Cody, Wetlands, Kilkenny City, Kilkenny. Peacefully, in the loving care of the staff at Castlecomer District Hospital. Beloved wife of James and loving mother of Kay, Joan, Breda, Caroline, Jacinta and Francis. She will be sadly missed by her husband, daughters, son, grandchildren, great-grandchildren, sons-in-law, nephews, nieces, relatives and friends.

Reposing at her daughter Joan's residence (2, The Court, Weir view, Castlecomer Road, Kilkenny) from 4.30p.m. on Saturday with Rosay at 6.30p.m. Requiem Mass on Monday (Dec. 26th) at 11a.m. in St. Patrick's Chuch, followed by burial in Foulkstown Cemetery. Family flowers only please, donations, if desired, to The Irish Motor Neurone Disease Association.

Reposing in her home from 3pm on Friday. Removal on Friday evening at 6.40pm to St. Joseph's Church, arriving at 7pm. Requiem Mass on Saturday at 11am. Burial after in St. Joseph's Cemetery.

The death has occurred of Sally Jackson (née McCutcheon) Ardmanagh, Schull, Cork / Kilkenny City, Kilkenny  in the loving care of Anne and the staff at Drakelands House Nursing Home, Kilkenny, beloved wife of the late John and loving mother of Johnny, Mickey and Peter, sadly missed by her sons, daughters-in-law Carol and Mary, grandchildren David, Mark, Pippa, Richard and Christopher.

A Service will be held in Kilkenny on St. Stephen’s Day at 2.30 o’clock in St. John’s Church of Ireland, John Street. Funeral Service on Tuesday (27th Dec.) at 12 noon in Altar Church of Ireland, Schull, Co. Cork. Burial afterwards in the adjoining churchyard.

The death has occurred of Denis Coughlan, late of Curragawn, Owning, Piltown, Kilkenny.

Reposing at Walsh’s Funeral Home, Carrick-on-Suir on Thursday evening from 5pm with removal at 6.30pm to St Nicholas’s Church, Tullahought. Funeral Mass on Friday at 11am with burial afterwards in the adjoining cemetery.